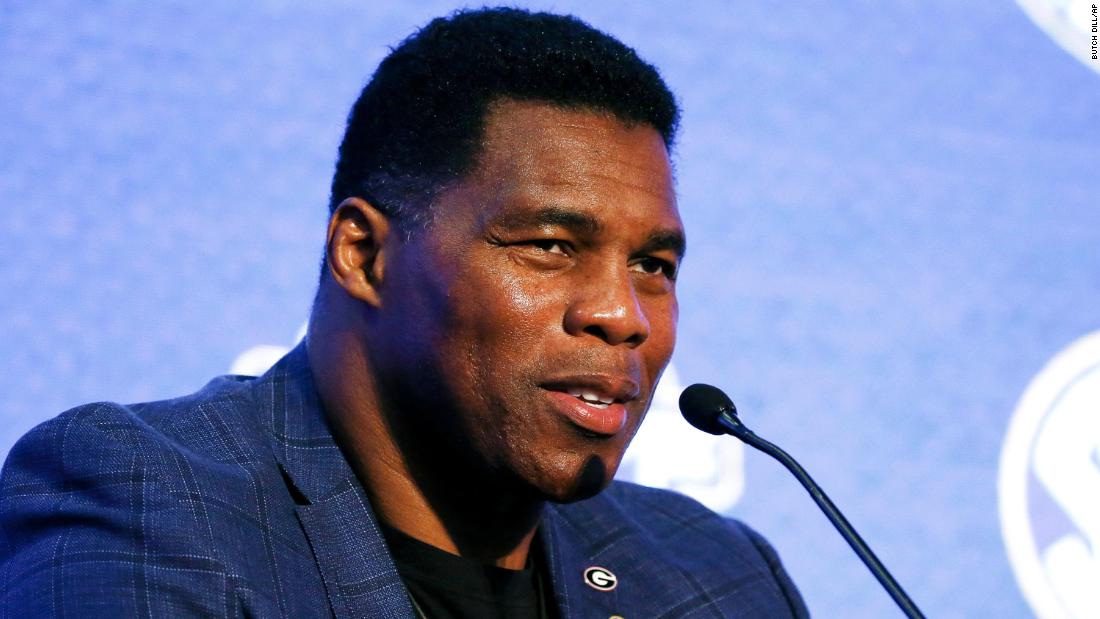 Walker is not the only candidate for the Republican Senate nomination in Georgia to question the legitimacy of the 2020 results. But Walker has been particularly prolific and specific in his election-related dishonesty — and he has by far the biggest megaphone. Walker has uttered false conspiracy theories on both Fox News and on Twitter, where he has more than 445,000 followers.

And his dishonesty has not been limited to the subject of the election. Walker has also promoted false conspiracy theories about the January 6 insurrection at the US Capitol and about Democrats.

Walker’s campaign did not respond to requests for comment for this article.

Conspiracy theories about the 2020 election

A false claim about Biden votes

During a Fox News appearance in December, Walker said, “I can guarantee you, Joe Biden didn’t get 50 million people voting for him. But yet people think that he’s won this election.”
Biden did win the election — with more than 81 million votes.

In a tweet on January 4, two days before Congress met to count the 2020 electoral votes, Walker falsely alleged that there was “Country wide election fraud.” Walker called for Trump and “TRUE PATRIOTS” to conduct a “total cleansing” — he didn’t explain what he meant — and continued, “Let’s get back to real Law & Order and prosecute all the bad actors. Whatever it takes to get the job done.”
Even senior officials from the Trump administration have acknowledged that there was no widespread or outcome-changing fraud in the 2020 election. But Walker repeatedly said or suggested that fraud was pervasive and that unspecified people had manipulated the election.
In a tweet on November 6, three days after Election Day, Walker wrote, “To be the man, you gotta beat the man, not CHEAT the man.” In a tweet on January 6, after the Capitol was attacked by pro-Trump rioters, Walker said he wanted Trump to get to the bottom of “who stole this election.”
Walker said on Twitter in December that Georgia should refuse to certify Biden’s victory there because of “serious Election Fraud,” asking in a video “how can we certify something that we know is not right.” In another tweet in November, Walker wrote that “people playing with this election need to be punished for breaking the law.”

A baseless call for a re-vote

In an additional November 6 tweet, Walker baselessly suggested that the results of the voting in seven key states, including six won by Biden, were undemocratic. He proposed that the country toss out all of the votes in these states.

“Instead of us fighting and going to court, why don’t we have Nevada, Arizona, Georgia, North Carolina, Pennsylvania, Michigan, and Wisconsin vote again? We can have it done within a week, and maintain our democracy,” he wrote.

A conspiracy theory about altered votes

On November 8, Walker tweeted, “Anyone using HAMMER SCORECARD to alter voting in our America election should be prosecuted.”

Nobody used anything called “HAMMER SCORECARD” to alter votes in the election. This is an entirely baseless conspiracy theory — about supposed vote-stealing software created by US intelligence — whose origins have been linked to a man with a history of false claims.
A Trump-appointed top cybersecurity official, Chris Krebs, called Hammer and Scorecard claims “a hoax,” “nonsense,” and “not a real thing” in the days before Walker’s tweet. (Trump fired Krebs less than two weeks later over his public debunkings of false fraud claims.)

In late November, Walker tweeted that if pro-Trump lawyer Sidney Powell was correct “about some of our Elected Officials knowing about Dominion yet did nothing and said nothing..they need to resign their positions and never run for another office in the US and maybe some end up in jail. Our Democracy is at stake!”
Conspiracy theories about the voting technology company Dominion Voting Systems had already been widely debunked at the time. Dominion has filed defamation suits against Powell and others who promoted false claims about the company.
The day after this Walker tweet, the Trump campaign disavowed Powell, who had been widely mocked for making especially outlandish conspiratorial claims about the election. But Walker was undeterred. He tweeted, “I still have a lot of faith in Sidney Powell.” Later that day, Walker tweeted, “All you Doubters will be shocked when @SidneyPowell1 lays the SMACKDOWN on many of the people you have trusted for years!”

A false claim about Georgia ballots

In December, Walker tweeted a photo of an Georgia absentee ballot application and a photo of an envelope that was addressed to someone at a county jail in the state. He wrote, “So now we find GA mailed ballots to prisons?” He asked Georgia Secretary of State Brad Raffensperger “how much stuff has to be exposed before investigations.”

Walker was wrong; nothing had been “exposed” here.

First: Unlike absentee ballots themselves, Georgia ballot applications can be printed out by anybody, not just election officials, and mailed to anyone else. This application was mailed by an independent group, not by Raffensperger.

Second: There is nothing inherently wrong with someone in a county jail being sent a ballot application or even a ballot itself. Only people serving felony sentences are ineligible to vote in Georgia. People convicted of misdemeanors or awaiting felony trials — in other words, the kinds of people who are often incarcerated in county jails — are allowed to vote.

A conspiracy theory about why the Capitol riot happened

On the afternoon of January 6, Walker tweeted a false suggestion that the Capitol riot was orchestrated by people who wanted to stop the discussion about election fraud.

“Have you noticed were not talking about election fraud and election integrity now? Seems like this was well planned to shut everything down and run the clock out,” Walker wrote.

Nonsense. The riot was perpetrated by Trump supporters, not by people looking to silence Trump supporters. The Department of Justice has charged more than 575 people so far.

A conspiracy theory about participants in the riot

In another tweet on January 6, Walker posted a Capitol photo that featured rioters including distinctively dressed “QAnon shaman” Jacob Chansley. Walker falsely suggested that these people weren’t actually Trump supporters — calling them “Trojan horses” and saying “they do not look like MAGA.”
Walker also posted an image that zoomed in on the tattoo on the hand of a man standing beside Chansley in the first photo, William Watson. Some others on the right had claimed that the tattoo was of a communist hammer and sickle symbol.
In fact, both Chansley and Watson were Trump supporters. And as the website Alabama Political Reporter noted, Watson proceeded to personally debunk false theories about both his motivations and the tattoo — explaining on Snapchat that the tattoo is a symbol from a video game (called Dishonored).

A conspiracy theory about Black Lives Matter and Democrats

In a Twitter video in September, Walker tried to push a confusing and baseless conspiracy theory about money being sent from the Chinese government to Black Lives Matter and then “to the Democratic Party.”
“Why does it seem like I’m the only one that’s coming up with this?” Walker said in the video, which was noted in March by the conservative website The Bulwark.
Perhaps because the theory doesn’t make sense. Walker’s claim relied on a fundamental misunderstanding of ActBlue — an online fundraising platform for a wide variety of Democratic candidates and progressive entities — and, if we were understanding him correctly, a false claim that a Chinese-American group in California is a “company from China.”