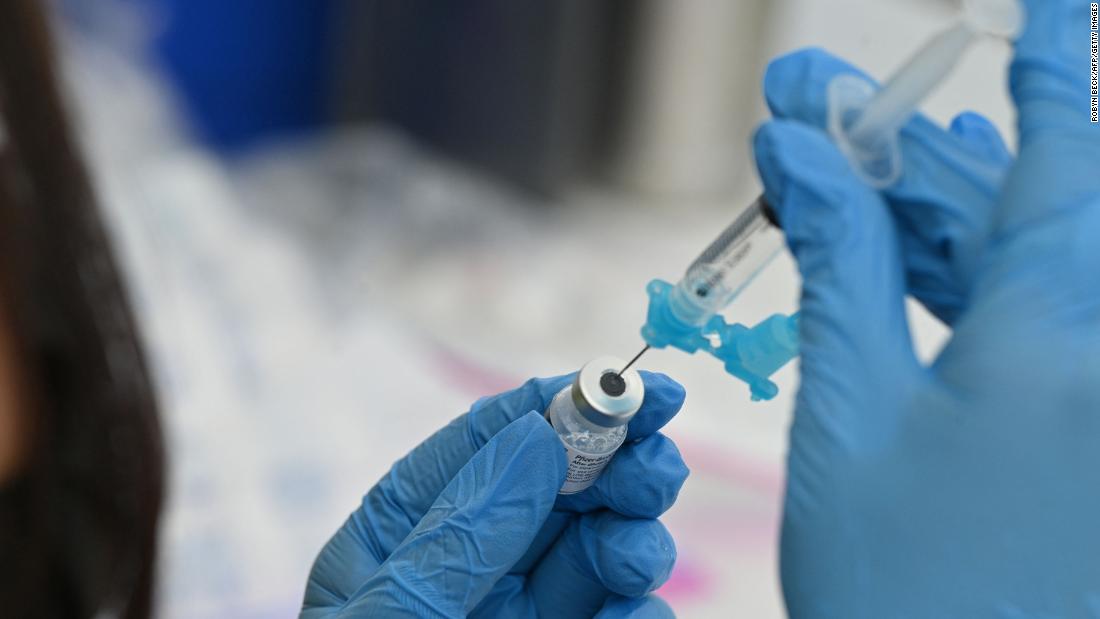 “Make no mistake, the FDA will move quickly on this because they recognize what’s at stake. It’s the health of our children, and there’s really nothing more important than that,” Surgeon General Dr. Vivek Murthy told CNN’s Wolf Blitzer.

Evaluating vaccines for children under 12 is now a top priority for the US Food and Drug Administration, Murthy said, adding that it is possible doses could become available to them by the end of 2021.

For people with compromised immune systems, including some cancer patients, those taking medications that suppress the immune system and organ transplant recipients, the two doses of mRNA vaccine or single dose of Johnson & Johnson may not be enough to develop adequate antibodies, Murthy said.

The urgency to get more of the population protected by vaccines is only growing, said CNN Medical Analyst Dr. Leana Wen, who noted the worrying spread of the more transmissible Delta variant, adults being less cautious about protection and more children being admitted to the hospital.

More than 60% of the adults in the US are fully vaccinated, according to data from the US Centers for Disease Control and Prevention. But an ensemble forecast published Wednesday by the CDC projects that new hospitalizations and deaths will likely increase over the next four weeks.

For many students, the new school year has just begun — and the fresh surge in cases is already causing disruptions.

In Mississippi, more than 4,400 students are quarantining after being exposed to Covid-19 during the week of August 2, according to data from the state’s department of health.

In Lamar County, Mississippi, several schools were forced to switch to virtual learning to combat rising cases. Superintendent Steven Hampton proposed the hybrid schedule during a board meeting on Monday, saying while he believes face-to-face learning is best, a hybrid model would help avoid having all of the schools be virtual.

“Face-to-face learning is the best way for our children to learn but I just don’t feel like it’s safe,” Hampton said.

In Georgia, all 14 cities within the Fulton County Schools jurisdiction are exceeding the qualifications for “High Community Spread,” and the requirement to wear a mask indoors has been extended to all schools within the district effective Thursday, according to an update from the district Wednesday.

In Clayton County, the Kemp Primary School confirmed that students will “operate in a virtual learning environment for the remainder of the week,” due to the Covid-19 pandemic and the Glascock County Consolidated School in Gibson, Georgia, will continue virtually until at least August 20, it said.

Increased protection in the community could also be important in reducing the burden on hospitals.

West Virginia Gov. Jim Justice said that for the first time since February 8, there are over 100 Covid-19 patients in hospital ICUs across the state.

In Oregon, Gov. Kate Brown said ICU beds are about 90% filled, with some hospitals starting their days with fewer than five available ICU beds.

“Oregon hospitals are facing a crisis that threatens to eclipse the most severe bed shortages they’ve faced at any point in the pandemic,” said Pat Allen, Director of the Oregon Health Authority.

In Mississippi, the University of Mississippi Medical Center reported its highest number of Covid-19 patients ever in the pandemic while citing problems with finding nursing staff as the “biggest pain point.”

In Texas, Gov. Greg Abbott announced Wednesday that over 2,500 medical personnel will be deployed to hospitals around the state.

“The State of Texas is taking action to ensure that our hospitals are properly staffed and supported in the fight against COVID-19,” Abbott said in a statement. “Texans can help bolster the state’s efforts to combat the virus by getting vaccinated. The COVID-19 vaccine is safe and effective, and it is our best defense against the virus.”