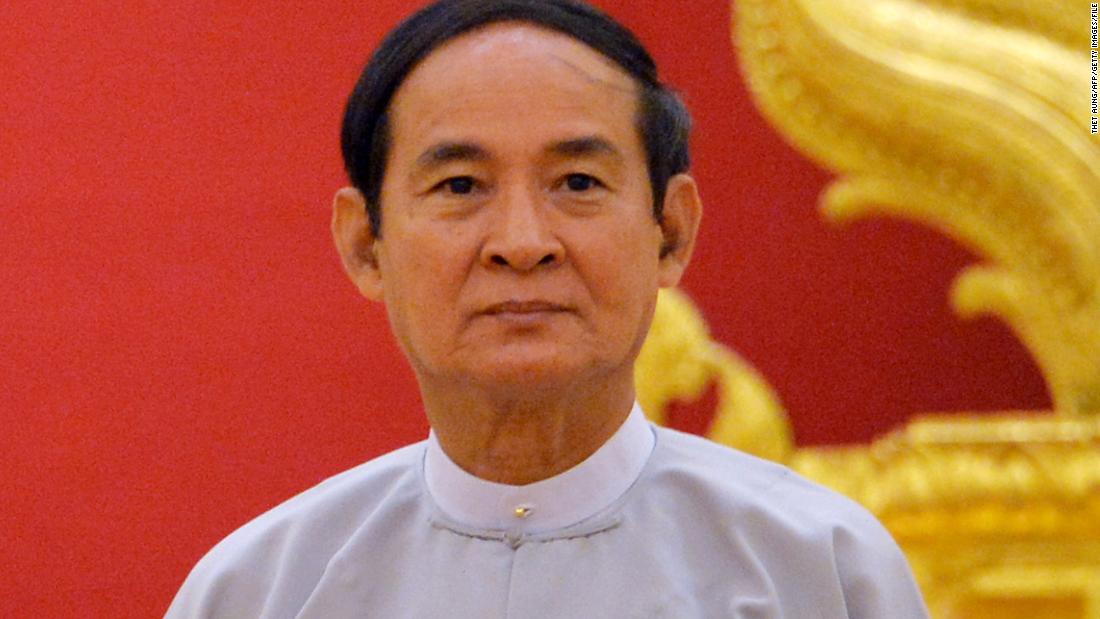 The testimony of Win Myint — his first public comments since he was overthrown — challenges the military’s insistence that no coup took place, and that power had been lawfully transferred to the generals by an acting President.
Win Myint was testifying alongside Aung San Suu Kyi, the Nobel peace laureate and de facto government leader before the coup, at their trial on Tuesday on charges including incitement, stemming from letters bearing their names that were sent to embassies urging them not to recognize the junta.

Win Myint, who was Myanmar’s head of state, told the court in the capital Naypyidaw that senior military officials approached him on February 1 and told him to resign due to ill health.

“The president turned down their proposal, saying he was in good health,” defense lawyer Khin Maung Zaw said in an English-language text message sent to reporters, citing his testimony. “The officers warned him the denial would cause him many harm but the president told them he would rather die than consent.”

A spokesman for Myanmar’s ruling military council did not answer calls seeking comment on Tuesday.

Khin Maung Zaw said the defense rejected the charges against Win Myint and Suu Kyi as they were being held incommunicado.

Win Myint and Suu Kyi have both dismissed multiple charges against them as false. The defense lawyer, representing them both, said Suu Kyi had suggested Tuesday’s testimony be made public.

Myanmar has been torn by violence and economic paralysis since the army intervened to prevent Suu Kyi forming a new government, three months after her party was re-elected in a landslide.

The generals said that election was marred by fraud, threatening the country’s sovereignty.

The vice president, Myint Swe, a former army officer, was sworn in as President on February 1 and immediately handed power to the military to oversee a state of emergency.

The junta has not publicly disclosed how Myint Swe assumed the presidency from Win Myint.