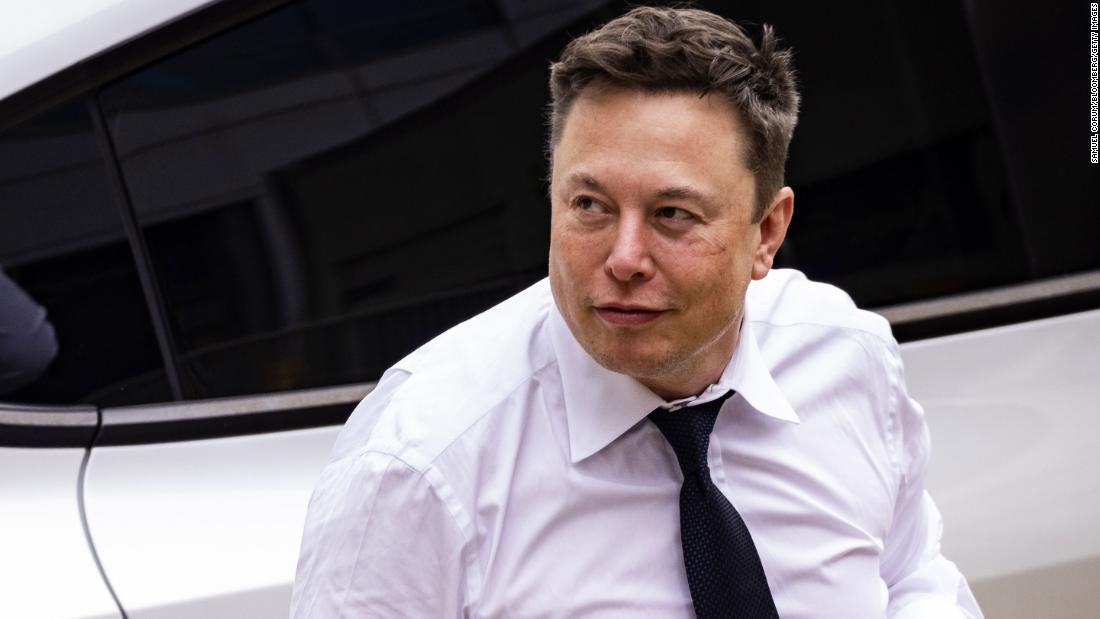 The filing is accurate — Musk received no base pay during the year. That’s in keeping with past practice at the company, although in prior filings, Tesla reported what Musk would have earned had he received California’s minimum wage. For 2019 that came to $23,760.

“However, he has never accepted his salary,” said the company in it’s filing late Friday. “Commencing in May 2019 at Mr. Musk’s request, we eliminated altogether the earning and accrual of this base salary.”
Tesla (TSLA) did report the value of Musk’s massive options package, but that was back in 2018, when the deal that grants him the stock options was first approved by shareholders. That valuation, which was done using widely accepted methods, proved to be very conservative, as it put the value of the options at only $2.3 billion.

Under the compensation arrangement, Musk is eligible for options to buy up to 101 million split-adjusted shares of stock at an exercise price of $70.01 each. Those are being distributed in 12 equal tranches of 8.4 million options, based on the company hitting both financial milestones and achieving certain stock valuation targets.

Those stock targets were all easily hit during the course of 2020 as Tesla shares soared 743%, making it the best performing US stock and by far the most valuable automaker on the planet.
The financial milestones have been somewhat harder to achieve, but four of Musk’s stock tranches vested during the course of 2020, giving him the right to buy 33.8 million shares at an exercise price of $2.4 billion. As of Friday’s close, those stocks were worth $21.9 billion

So far in 2021 the company has hit two more financial milestones, qualifying Musk for an additional 16.9 million stock options. Those options would be worth $10.9 billion at today’s prices.

The company reported in an earlier filing which detailed its record second quarter profit that it is now “probable” it will hit another three milestones in the near term, which means Musk’s options windfall for 2021 could meet or even top the 2020 awards.

As is the case for most top executives who earn stock options, Musk has not actually exercised any of them. Typically options are only exercised when they’re due to expire, such as when an executive is leaving the company and would stand to lose them.

Sometimes executives sell shares to diversify their holdings or pay taxes, but Musk has rarely sold shares during his time with the company. As of June 30, he owned 170.5 million shares outright, and had options to purchase another 73.5 million shares, giving him control over 23% of the company’s stock.

Musk is one of the world’s richest people, thanks to both his Tesla shares and majority stake in his other company — privately-held SpaceX — of which he is also CEO.

Forbes’ real time billionaire tracker puts Musk’s net worth at $186.7 billion, just behind the $190.7 billion net worth of Amazon (AMZN) founder Jeff Bezos. Forbes ranks Bernard Arnault, the CEO of French luxury goods giant LVMH, and his family, at the top of its richest person list, with a net worth $201.6 billion.

Musk’s Tesla stake is worth $171.3 billion, counting both stock and options after taking into account their exercise price.

But his practice of not taking cash salaries has prompted him to borrow substantially as well. The Tesla filing Friday said 88 million of Musk’s Tesla shares have been pledged as collateral “to secure certain personal indebtedness.”

Although the total amount of Musk’s borrowing is not known, those 88 million shares are today worth $63 billion. The number of shares pledged as collateral was reduced by 4 million shares since the prior company disclosure in April.