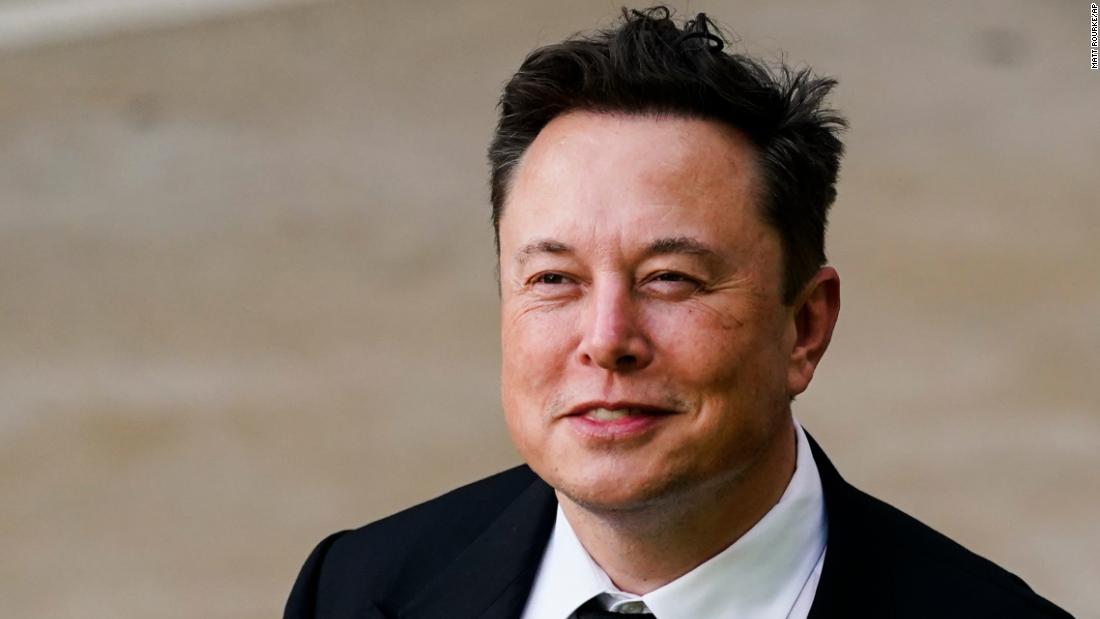 The Tesla (TSLA) and SpaceX CEO tweeted Wednesday that the biographer Walter Isaacson will pen the book. He didn’t say when the book will be released.

“If you’re curious about Tesla, SpaceX & my general goings on, @WalterIsaacson is writing a biography,” Musk said on Twitter.

Isaacson has been the editor of Time Magazine, the CEO of the Aspen Institute and the CEO and chairman of CNN. He’s also a contributor on “Amanpour,” CNN International’s global affairs interview program.

Musk — the billionaire known for his bold style and outspoken presence — is a popular book subject.

This week, Wall Street Journal reporter Tim Higgins released a book on Musk called “Power Play: Tesla, Elon Musk and the Bet of the Century.” The book includes an anecdote claiming that Musk once suggested to Apple CEO Tim Cook that he take over as CEO of the powerful American tech firm.
In a tweet, Musk denied that the interaction happened, adding that he and Cook “have never spoken or written to each other ever.”
Higgins, the author, responded saying the Tesla founder was given “plenty of opportunities” to comment, adding that the anecdote came from “Musk’s own account of the conversation, according to people who heard the retelling at the time.”
The 2015 Musk biography “Elon Musk: Tesla, SpaceX and the Quest for a Fantastic Future,” by journalist Ashlee Vance, also included an explosive anecdote. Vance claimed, sourced to an anonymous Tesla employee, that the tech entrepreneur once scolded an employee who chose to attend the birth of his child over a work event. Musk denied at the time that such an event took place.

— Clare Duffy and Charles Riley contributed to this report.