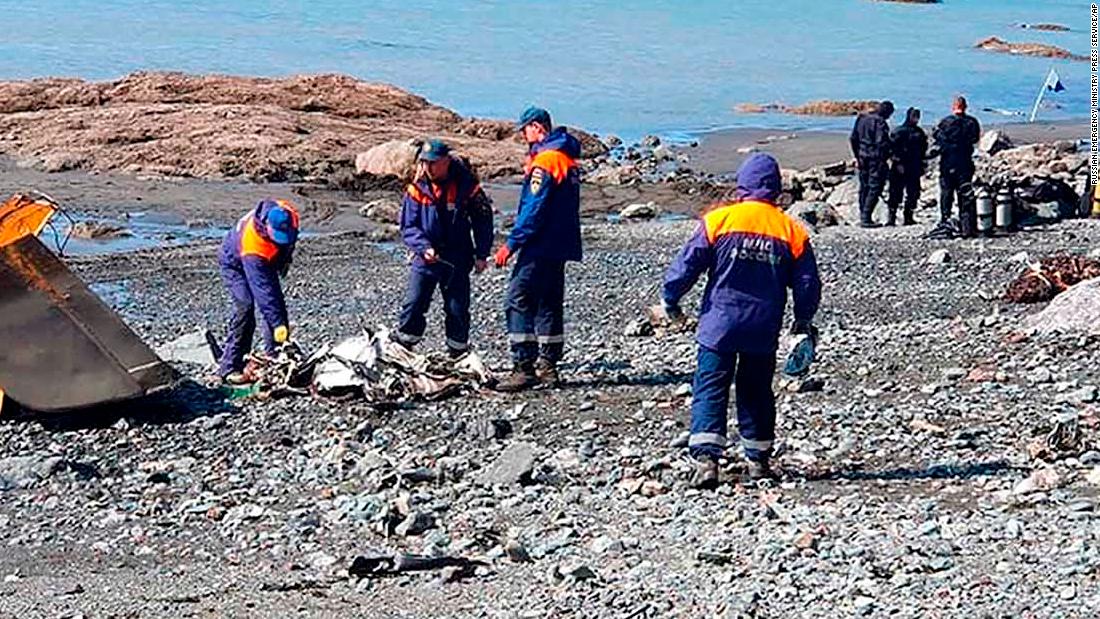 Staff at a nature reserve described arriving at the site in two speedboats minutes after the crash to find eight survivors who had swum up from a depth of eight or nine meters (24-27 feet).

They said two of the survivors were badly hurt and the water temperature was no more than 5-6 degrees Celsius (41-43 Fahrenheit) so they would not have survived long.

The passengers were able to escape the sinking helicopter through luggage doors that opened at the rear, the regional governor said on state television.

The eight other people on board were missing.

“The bodies of the dead are most likely at the bottom of Kurilskoe lake,” Interfax news agency quoted a health source as saying.

Divers were shown on state television at the lake in heavy fog. They were unable to dive down to the wreckage of the helicopter because it was too deep, Kamchatka’s governor said.

The thick fog may have caused the pilot to land on the surface of the water thinking it was land, the TASS news agency cited a police source as saying.

The Kamchatka peninsula is popular among tourists for its skiing, hiking, surfing and volcanoes. It is more than 6,000 kilometers (3,700 miles) east of Moscow and about 2,000 kilometers (1,250 miles) west of Alaska.

The helicopter was operated by Vityaz-Aero company and had 13 passengers and three crew, the local emergency service said.

Russian aviation safety standards have improved in recent years but accidents, especially involving aging planes and helicopters, are not uncommon.

In July, all 28 people on board of Antonov An-26 twin-engined turboprop died in a crash in Kamchatka.