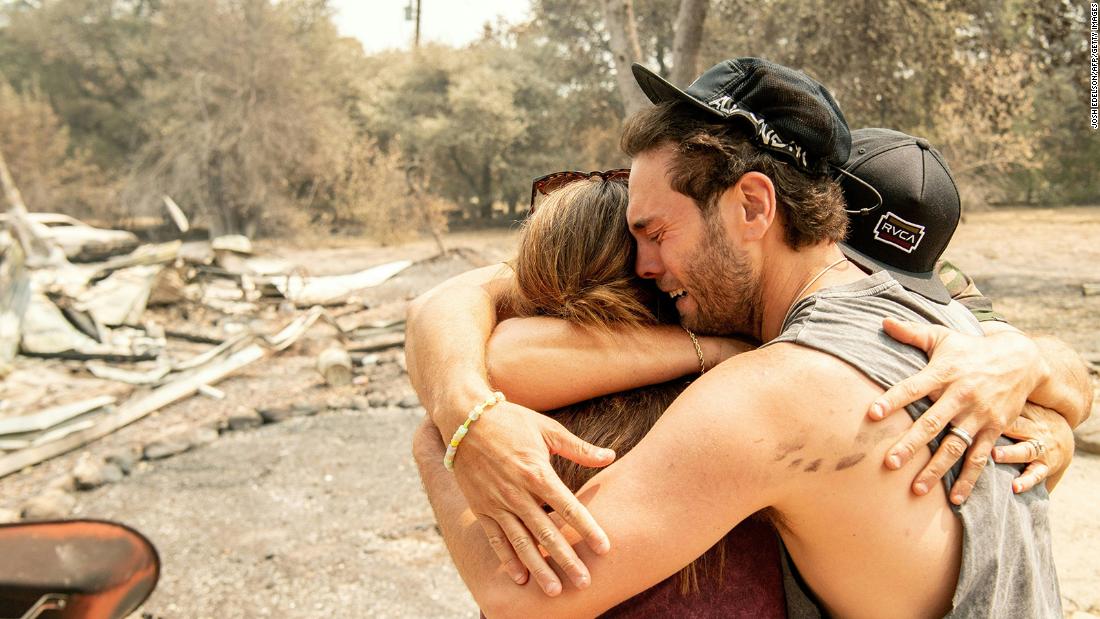 Only by making deep cuts to greenhouse gas emissions, while also removing carbon dioxide from the atmosphere, can we halt the precipitous trend.

“Bottom line is that we have zero years left to avoid dangerous climate change, because it’s here,” Michael E. Mann, a lead author of the IPCC’s 2001 report, told CNN.

That is due in part to the breakneck pace at which the planet has been recently warming, faster than scientists have previously observed. Since 2018, when the panel published a special report on the significance of 1.5-degrees, greenhouse gas emissions have continued mostly unabated and have pushed global temperatures higher.

Even under the IPCC’s most optimistic scenario, in which the world’s emissions begin to drop sharply today and are reduced to net zero by 2050, global temperature will still peak above the 1.5-degree threshold before falling.

In a statement, UN Secretary-General António Guterres called the report “a code red for humanity,” and noted the 1.5-degree threshold is “perilously close.”

“The only way to prevent exceeding this threshold is by urgently stepping up our efforts, and pursuing the most ambitious path,” Guterres said.

The IPCC report comes just three months before the UN-led international climate change talks, during which global leaders are expected to strengthen their commitments to cutting greenhouse gas emissions.

Though some countries have pledged stricter cuts since the 2015 Paris Agreement, many have missed deadlines to do so, and there is still a significant gap between what leaders are promising and what’s needed by 2030.

“From a scientific perspective, every degree, every part of a degree, every half of a degree matters in terms of limiting the impacts that we will see from climate change,” Ko Barrett, the former vice chair of the IPCC, told CNN. “So at whatever level countries decide is what they’re aiming for, there are benefits and there are consequences to choosing those limits.”

Dave Reay, the director of the Edinburgh Climate Change Institute, said world leaders “must have the findings of this report seared into their minds” at the November conference and take urgent action.

“This is not just another scientific report,” Reay said. “This is hell and highwater writ large.”

As computing power increases, scientists are more confident than ever in connecting the dots between the climate crisis and extreme weather, which for some regions — even at 1.1 degrees of warming — is already becoming unbearable.

Michael Byrne, a climate researcher at the University of Oxford, said that’s what’s different about this report is “the effects of global warming are no longer in the distant future or in far-flung corners of the world.”

“We knew what was coming and now it’s here,” Byrne said.

A heat wave that killed hundreds this summer in the US Northwest and British Columbia would have been “virtually impossible” without the climate crisis, researchers found. It made Hurricane Harvey’s devastating rainfall roughly three times more likely to occur and 15% more intense, scientists said. Harvey dumped more than 19 trillion gallons of water on Texas and Louisiana in 2017, triggering devastating floods in the Houston area.

The IPCC says heavy rainfall that used to occur once every 10 years now occurs 30% more frequently.

Globally, droughts that may have occurred only once every 10 years or so now happen 70% more frequently, according to the report. The climate change connection is particularly strong in the Western United States, which is experiencing a historic, multiyear drought that has drained reservoirs and triggered water shortages.
Amid unrelenting drought and record heat, wildfire seasons are now longer and result in more destructive fires. Six of the top 10 largest fires in California have occurred in 2020 or 2021, according to CalFire.

Charles Koven, a lead author of the report’s chapter on global carbon cycles, said California has already reached a tipping point on wildfires.

“I don’t think we knew where that threshold was until we crossed it,” he told CNN. “What the report makes clear is that the likelihood of crossing any of these tipping points is certainly going to increase the more warming that we see.”

With every fraction of a degree of warming, the effects worsen. Even limiting warming to 1.5 degrees, which countries in the Paris Agreement determined was ideal to stave off the worst impacts, the kinds of extreme weather the world has experienced this summer will become more severe and more frequent.

Beyond 1.5 degrees, scientists say the climate system could begin to look unrecognizable.

Andrew Watson, a scientist at the University of Exeter, said the climate models used in the report don’t capture the risk of “low probability, high impact” events that become more likely as global temperature increases.

“These are events such as ice sheet collapse, sudden changes in ocean circulation, or catastrophic wildfires,” Watson said. “These ‘known unknowns’ are scarier still.”

The roughly 3,500-page report is a culmination of nearly a decade of climate research by scientists around the world. And although the IPCC is considered the ultimate source on climate change, it tends to be conservative in its findings because of the way it’s developed — by having hundreds of scientists come to a consensus not only on the research but the language describing it.

Yet Monday’s report uses the strongest wording to date in describing the climate crisis. Ice sheets are melting and will continue to melt; extreme flooding from higher sea level will continue to get more frequent; and sea level itself will continue to rise well into the 22nd century, simply because of the amount of heat the oceans have already trapped.

At the same time scientists are sounding the alarm, the International Energy Agency says human carbon emissions “are on course to surge by 1.5 billion tonnes in 2021 — the second-largest increase in history — reversing most of last year’s decline caused by the Covid-19 pandemic.”

The IPCC report is clear that global leaders must cut greenhouse gas emissions now, before deadly and costly weather extremes get even worse. But Barrett said a key message in the report is that it’s still possible to prevent the most dire impacts.

“It really requires unprecedented transformational change, rapid and immediate reduction of greenhouse gas emissions to net zero by 2050,” said Barrett. “The idea that there is still a pathway forward is a point that should give us some hope.”