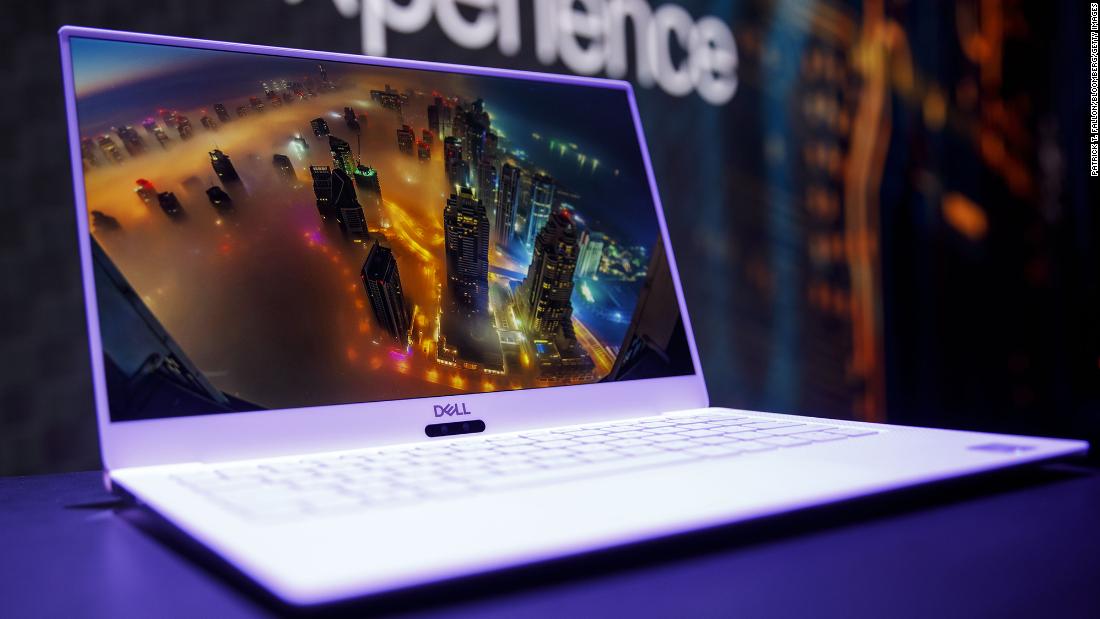 But “old” tech giants Dell and HP, which both report earnings after the close Thursday, are doing just fine in 2021. That’s despite widely publicized concerns about chip shortages too.

Both companies warned in May that the issue will hurt supplies and potentially lead to higher prices. Increased shipping costs could have an impact on profits as well.

Still, HP (HPQ) shares are up 20% this year while Dell (DELL) has surged nearly 40% — thanks to strong demand for old-fashioned PCs running on the iconic Microsoft (MSFT) operating system as well as newer devices such as Chromebooks that use the OS from Google owner Alphabet (GOOGL).

Many consumers have upgraded their PCs during the pandemic to work or learn more effectively from home. That’s been great news for HP and Dell.

According to research firm Canalys, HP maintained its top spot as the largest PC company in the US in the second quarter, with a 21.9% market share, compared to Apple’s (AAPL) second place showing of 20.6%. Dell was third, with a 15.6% share.

But shipments for HP and Dell both rose from a year ago, by 20% and 10.5% respectively. Apple’s shipments, on the other hand, fell about 3%. The Canalys numbers include tablets as well, so iPads are part of the overall Apple figures.

The numbers for HP and Dell are “fantastic news for PC vendors,” said Brian Lynch, research analyst at Canalys, in the second quarter report.

“The commercial and education segments have exploded,” he added. “The US economy has bounced back well from its pandemic woes and small businesses are recovering, which will lead to a wave of purchasing from the segment.”

HP and Dell are global leaders in PCs too…although Lenovo rules the market worldwide with a 24% share, according to data from Gartner. HP and Dell are second and third. Apple is fourth globally, with less than a 10% share.

Both companies also have a lot going for them beyond the traditional PC business.

Dell is a leader in the server market for big businesses and has become a major player in storage and security thanks to its EMC acquisition in 2015. It also is a top seller of high-end laptops and desktops for gamers through its Alienware unit.

HP gets about a third of its overall revenue from its printer division, which includes a rapidly growing 3D printing segment. HP spun off its corporate tech focused Hewlett Packard Enterprise (HPE) business as a standalone company in 2015.

So even though Dell and HP may not generate as much excitement in the world of tech as the sexier FAANG stocks, these relics from the PC era are still churning out strong enough growth in sales and earnings to keep Wall Street happy.