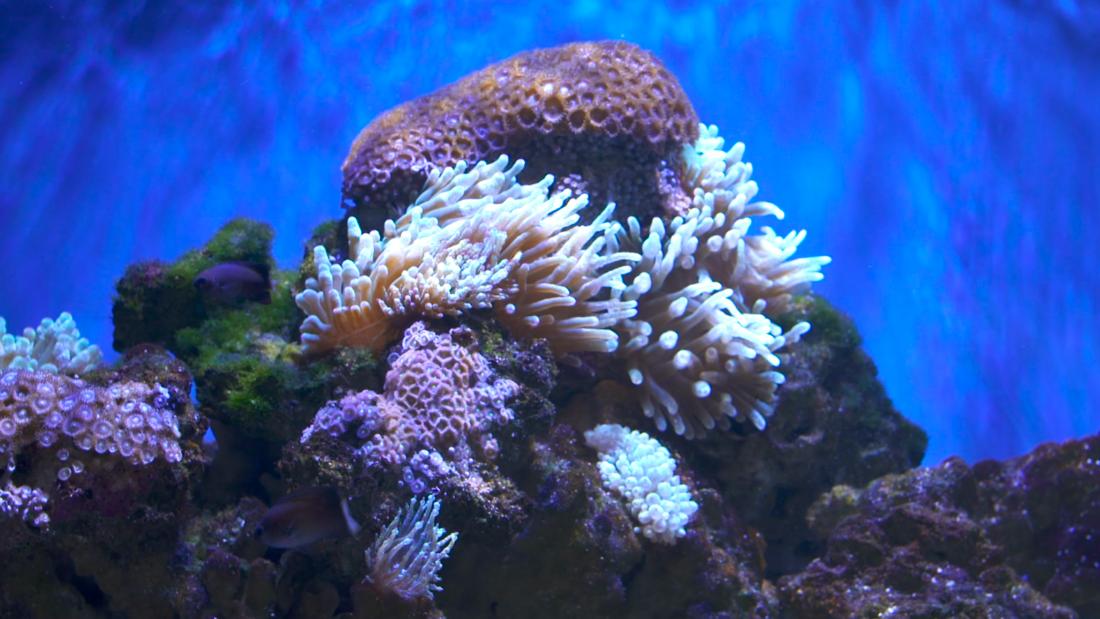 Dubai (CNN) — Off the coast of Dubai, a property developer is planning to create up to 500,000 square meters of coral reef.

Kleindienst Group, the developer behind the Heart of Europe megaresort, which forms part of a network of man-made islands called “The World,” has set up The Coral Institute there, to nurse and regenerate corals.

It is using a technique known as “fragmentation,” where pieces of coral are cut with a small electric saw, allowing each coral to potentially regenerate hundreds of times.

The pieces of coral will be then stored in water tanks, monitored and nursed by a team of marine biologists until they grow enough to recreate a reef.

“The Coral Institute will hold and protect the genetic stock of corals … around the Arabian Gulf,” Josef Kleindienst, the chairman of Kleindienst Group, tells CNN.

A 2018 study found that 73% of corals in the UAE have been wiped out by bleaching, largely due to climate change and human activity.

Kleindienst says that Heart of Europe’s goal is to show that development and marine life can co-exist in a sustainable environment. The corals will contribute to making the site eco-friendly and they also will become a landscaping feature of the luxury hotels, 4,000 residential properties and over 50 tourist attractions at the Heart of Europe, including the iconic Floating Seahorse Villas.

Watch the video above to find out more