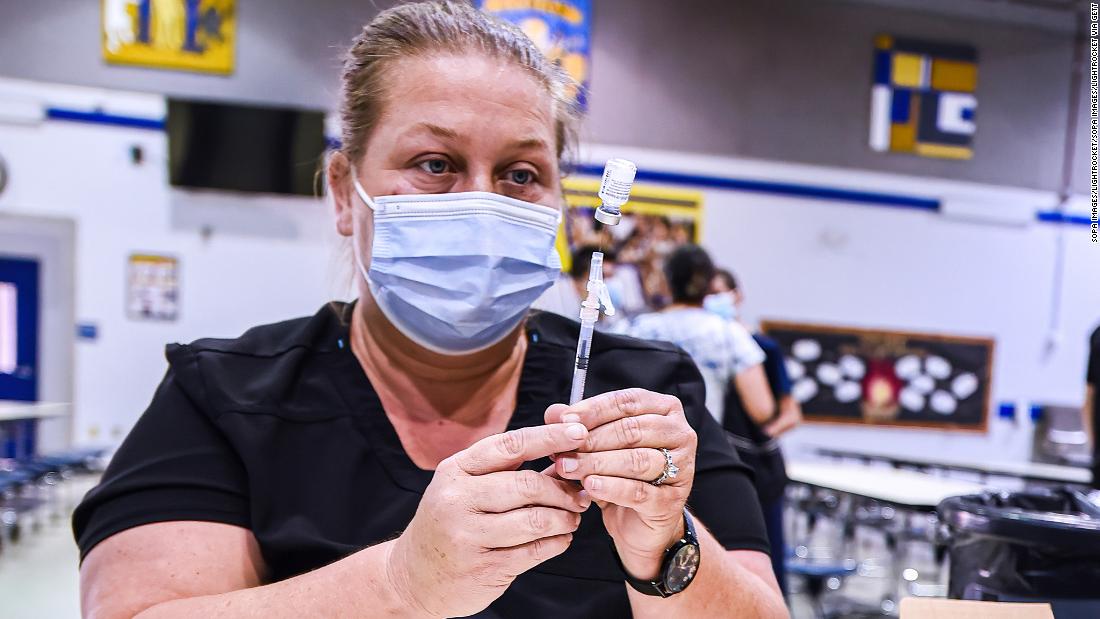 For the public health community and the scientists who helped create the vaccines, however, “breakthrough infection” signifies just the opposite: proof the vaccine is doing its job, just as it should.

It is confusing: How well do the vaccines really work and what does it mean if someone still becomes infected after being vaccinated?

At the same time, however, many of us know someone who, after being fully vaccinated, has tested positive for the coronavirus and showed symptoms. I know several, as well. Maybe it’s your kid’s teacher, your brother-in-law, your neighbor, your coworker or your mechanic. And while it’s great news that we can leave chicken soup at their door instead of attending their memorial service, it makes the phenomenon seem very real and not at all “rare” — so we should probably stop describing them that way. In fact, because vaccinated individuals are not getting tested very often, we have no idea how common these infections really are.

The whole situation really got me to thinking about the term “breakthrough infections” and whether it is even the right phrase. To me, it doesn’t seem nuanced enough to describe what’s going on; it only serves to alarm those of us who are already vaccinated, and potentially discourage those who are hesitant.

In search of a better term

I soon learned that there are other scientists who don’t like the phrase “breakthrough infection” either.

“I hate it because it emphasizes something that a lot of [other] vaccines, we know, do,” said Dr. Carlos Del Rio, distinguished professor of medicine in the Division of Infectious Diseases at Emory University School of Medicine. “We don’t talk about flu cases and say we have ‘breakthrough’ infections, we talked about the efficacy. … I think breakthrough has become a term that is equated with lack of efficacy.”

Del Rio noted that the vaccines were specifically designed to protect against severe disease and death, and that’s what those big vaccine trials looked for. “Infection was never an end-point in these studies,” he said.

That the vaccines were later found to prevent infection, he said “was a little bit … like the cherry on the cake.”

The phrasing also bothers immunologist and virologist Dr. Barney Graham, deputy director of the Vaccine Research Center at the National Institute of Allergy and Infectious Diseases, whose lab played a key role in the development of the Moderna vaccine.

Graham described it in a way that really made me visualize the vaccine’s effect on your body.

“The vaccines were always designed to focus against disease in the lower airways [the lungs] — not in the upper airways [the nose and upper throat],” he explained.

Think about that. According to Graham, a person becomes severely ill when the virus enters the lungs, and that is exactly where the vaccines offer up their most protective barrier. You see, the vaccines trigger the creation of immunoglobulins, which are proteins that function as antibodies. The main one generated by the vaccines is immunoglobulin G (IgG) which easily moves from the blood into the lower airways (the lungs) where it can block the virus. The level of IgG in blood needed to penetrate the tissues of the upper airways (the nose and throat) is much higher and that is why it is more difficult to block the virus from growing in the nose.

“That’s why we see such consistency in the efficacy against severe disease. It wasn’t designed to protect the upper airways as much,” he explained.

It is also why Graham said scientists weren’t expecting the vaccines to prevent infection as much. “We got very lucky that it did to some extent, against earlier strains,” he added.

And, while the Delta variant is more transmissible, meaning more infections will certainly occur overall in both the vaccinated and unvaccinated, there will be a bigger difference between the two groups when it comes to protection against severe disease compared to protection against mild or asymptomatic illness, Graham explained. That’s clear from data that show the overwhelming majority of hospitalizations and deaths happen in the unvaccinated, not the vaccinated.

“The vaccines are doing exactly what we’re asking them to do when it comes to keeping you out of the hospital, out of serious disease and certainly preventing your death,” Fauci said at a White House Covid-19 Response briefing last week.

“An important point to bring up is that the greater the percentage of people that are vaccinated, even with a high degree of protection, the absolute number of breakthrough infections might appear high,” he said.

But that’s just because there are more people vaccinated. It’s simple math. Think of it like this: If 100% of people were vaccinated, then every new infection would have to be in a vaccinated person, right? But in that scenario, only a tiny number of people who died would die from Covid-19. More than 99% of the deaths we’re seeing now would almost certainly be avoided.

Fauci said that the “critical number” is the proportion — not the raw number — of the vaccinated people who are getting breakthrough infections. And within that raw number, severe illness and death are the outcomes we so desperately want to avoid.

As he reiterated during the White House briefing, “Covid vaccines give strong protection against the Delta variant, and it protects you, your family and your community… For disease itself, It’s an eight-fold reduction. For hospitalization, 25-fold reduction and for death, 25-fold reduction.”

But exact numbers on “breakthrough infections” are hard to pin down. Again, part of that is because there is no nationwide data available on asymptomatic and mild breakthrough cases. And we also don’t routinely test the vaccinated, only people who are experiencing symptoms or who require a negative Covid test for travel.

For example, I recently went to Tokyo for the Olympics, and was tested several times before and during my travel. While I felt fine, and have been very careful, I still would not have been totally shocked if one of those tests had come back positive. Luckily, they didn’t.

Another factor that may impact the number of so-called breakthrough cases (and our perception of how effective our vaccines are) is that our level of coronavirus antibodies — whether acquired through natural infection or a vaccine — generally wanes over time.

Scientists are studying the question of immunity over time, and we still need more data in order to know for sure how long protection from the coronavirus lasts. But even if immunity among the vaccinated is found to decrease months or years after the second shot, that still doesn’t mean the vaccine isn’t working.

“This isn’t a glitch,” said Dr. Monica Gandhi, professor of medicine and associate division chief of the Division of HIV, Infectious Diseases, and Global Medicine at University of California San Francisco and San Francisco General Hospital.

“This is how the immune system is designed,” she explained. “It’s normal for immunoglobulins to reduce over time.” She said our blood and our noses can’t hold all of the antibodies they’ve ever produced; if antibody levels didn’t drop, “our blood would be thick as paste.”

And as our antibodies wane in places like our nose, where the virus might enter our body, Gandhi said we might be more susceptible to mild infection.

“So it really is not really a function of the vaccine; it has to do with this is how our immune systems work,” she said.

At the same time though, our immune system is pretty smart and resourceful; it contains cells such as memory B cells that will start churning out new antibodies within days of encountering a familiar virus or bacteria.

Gandhi said when our antibody levels drop, we can wear a mask to avoid even that mild exposure. And, we may consider getting a booster shot or eventually an intranasal vaccine (which is not yet on the market). The US Food and Drug Administration is expected to make a decision about boosters soon.

The issue of transmissibility

As an added bonus of getting vaccinated (or having had a previous Covid infection), Gandhi said that when T cells, another important immune system soldier, encounter the virus in our nose, they attack the virus, leaving it weakened. So even if a Covid-19 test detects the virus’ genetic material, that doesn’t mean the virus is necessarily as infectious as it would be in someone who wasn’t vaccinated.

Gandhi and Graham both made this important point: The viral load — how much virus is in an infected person’s body — also seems to go down much more quickly in the vaccinated than in the unvaccinated, which has big implications for transmissibility.

Graham explained that, while it’s true that the Delta variant creates a higher initial viral load than with previous strains, in the vaccinated, that viral load drops off faster and people don’t shed it as long.

So maybe it’s time to shelve the freighted term “breakthrough infection” and look for a new name. After all, the vaccine isn’t like building an impenetrable fortress around our house that gets broken through. It’s more like stationing sentries — lookouts — who can give early warning of an imminent attack and get the rank-and-file immune system soldiers ready to defend.

An alternative phrase I’ve heard in some circles is “post-vaccine infection.” I like it because it doesn’t carry the connotation of vaccine failure — it’s just a neutral term for what we expect to happen in some people over the course of time.

“I think the term is terrible because it’s scaring people and making it sound as if the vaccines don’t work. Let me say very clearly: The vaccines are incredibly effective in preventing hospitalizations, severe cases — over 90%. So, let’s not let the language get in the way of that,” he said on CNN last week.

I wholeheartedly agree. In fact, at this point, there is really nothing that should get in the way of getting vaccinated.