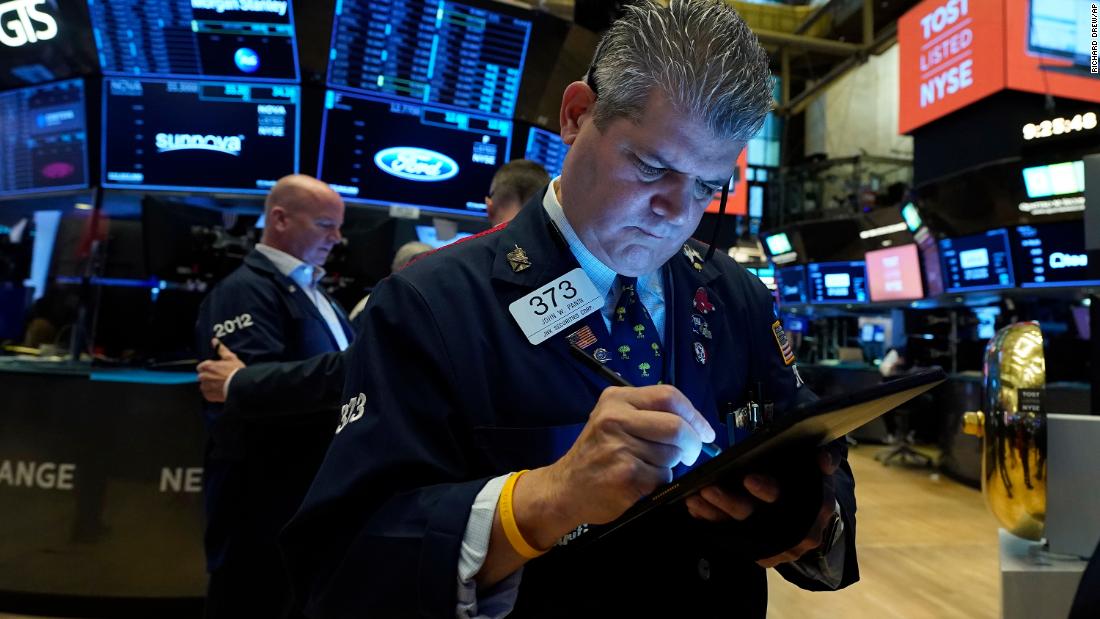 It has been a turbulent week for the market, which sold off sharply on Monday over concerns that Evergrande’s debt crisis could have ripple effects across the world.

Then, the Fed announced Wednesday it’s nearly there on the decision to taper its pandemic stimulus. That’s because inflation is high and the job market is recovering, even though Delta remains a looming threat to the recovery. And September data tracking the manufacturing and services sectors were slightly below expectations early Thursday, with the services business activity index falling to a 14-month low.

A few weeks ago, the way worse-than-expected August jobs report had pushed expectations of a taper announcement back. But Fed Chairman Jerome Powell said he didn’t need to see a blow-out September jobs tally to make up for last month’s disappointment. That takes a lot of pressure off the next jobs report due in two weeks.

“It’s quite remarkable just how relaxed investors are with the situation,” given just how much we have already been through this week, said Oanda senior market analyst Craig Erlam in a note to clients.

Weekly claims for unemployment benefits rose to 332,000 last week, marking the second increase in a row when adjusting for seasonal swings.

Without these adjustments, claims fell to about 263,000, the Labor Department reported. In normal times, the adjustments are meant to make data easier to parse through the seasonal swings of the year. But that went out the window during the pandemic, with the data not following any pattern seen before.

Claims last week went up particularly sharply in Louisiana, which is likely still seeing the devastating impact from hurricane Ida play out in its labor market.

“Many economists and those in the media are focused on the number of new weekly claims,” wrote Andrew Stettner, senior fellow at the Century Foundation, a left-leaning think tank, in emailed comments. “But these data points pale in comparison to the unprecedented number of workers cut off from benefits, who rightly feel abandoned by policy makers.”

The federal government has pulled the plug on the pandemic-era enhanced unemployment benefits, which ran out at the start of the month.

“While there is likely some double-counting of claims as states rush to clear backlogs, it is clear that more than 8 million workers lost all benefits at the beginning of September,” according to Stettner.

As of August 28, more than 12 million Americans received benefits under the government’s various programs, including more than 9 million under the pandemic-specific benefits.

— CNN Business’ Laura He contributed to this report.