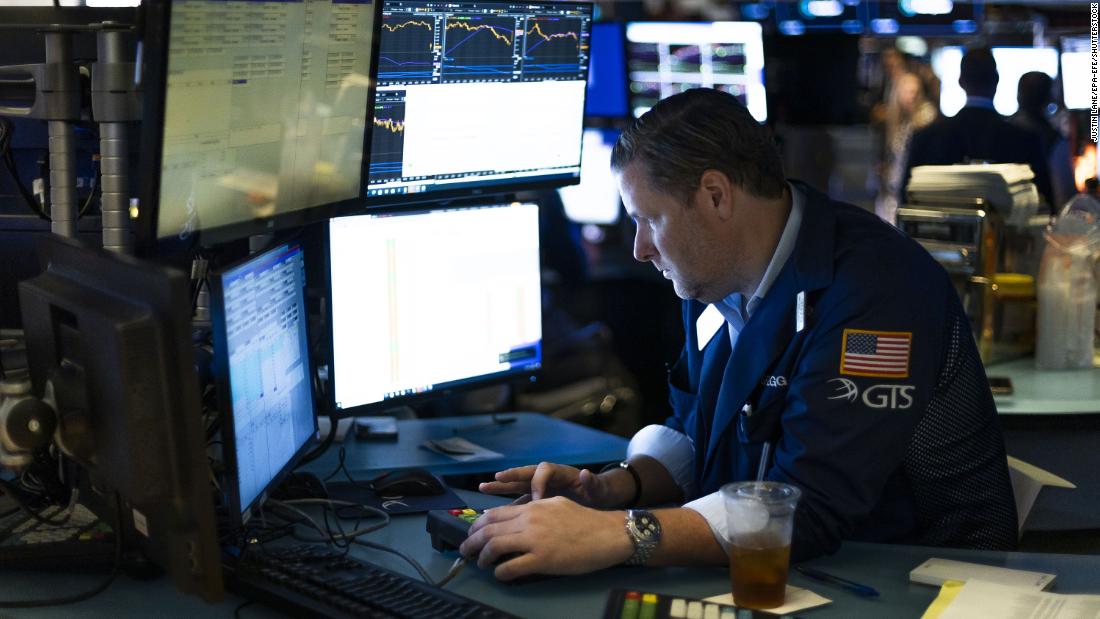 The Dow (INDU) dropped more than 500 points, or 1.5%, around midday while the S&P 500 (SPX) was down nearly 2%. Tech stocks are leading the losses across the board, pulling the tech-focused Nasdaq Composite (COMP) down 2.7% at midday.
Remarks about inflation from Federal Reserve Chairman Jerome Powell spooked investors this morning and pushed bond yields higher.
“Inflation is elevated and will likely remain so in coming months before moderating,” Powell said in prepared remarks before the Senate Committee on Banking, Housing and Urban Affairs.

“The supply-side restrictions that are so much at the heart of the inflation we’re seeing … in some cases they’ve gotten worse,” Powell told lawmakers at the hearing.

The 10-year Treasury bond yield, which is sensitive to inflation expectations, rose to 1.52%. Bond yields and prices move in opposition to each other.

Powell and Treasury Secretary Janet Yellen are testifying before Congress Tuesday regarding the pandemic and the CARES Act.

Yellen told lawmakers that the government will run out of cash and face extraordinary measures by October 18 if Congress doesn’t raise the debt ceiling.

“Deficits have been run under both Democratic and Republican administrations. It’s important to recognize that,” Yellen said. “And that means paying the bills for those deficits is a shared responsibility and it should not be the responsibility of any one party.”

While policy makers are busy in Washington, American consumers are growing less confident. The Conference Board’s consumer confidence index declined for the third month in a row in September “as the spread of the Delta variant continued to dampen optimism,” said Lynn Franco, senior director of economic indicators at the Conference Board.

There’s also a rout in the energy market, where prices are soaring. One of the issues is a shortage of natural gas triggered by low stockpiles and a jump in demand as production activity ramps up from the Covid-19 lull. Natural gas futures for October were up 2.4% around midday.

— CNN’s Matt Egan and Julia Horowitz contributed to this report.