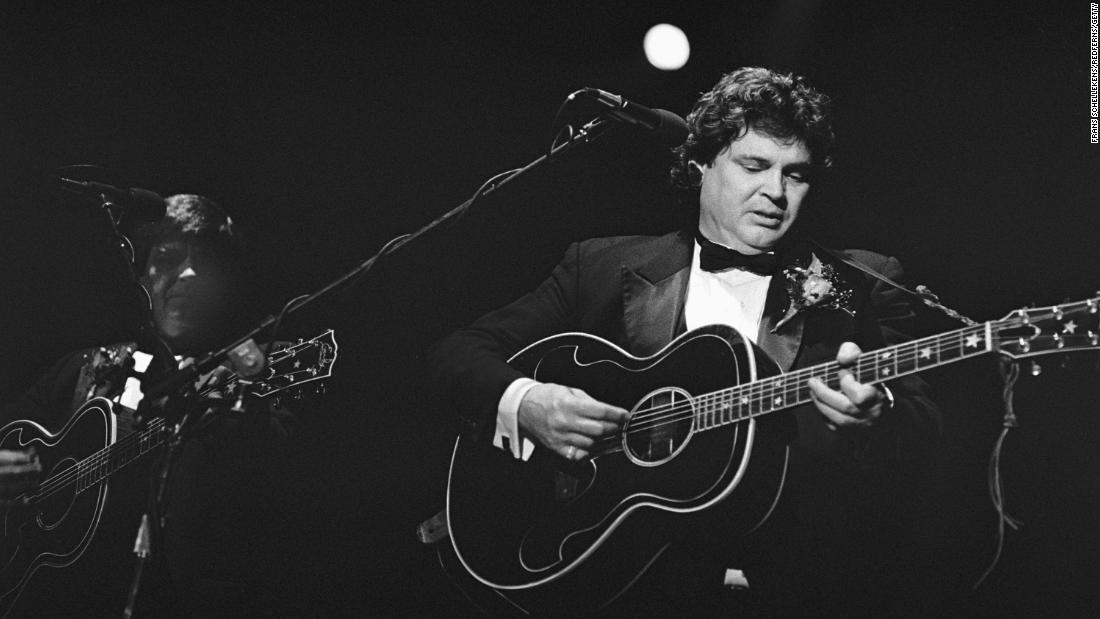 Don and his younger brother, Phil Everly, became pop idols in the early days of rock ‘n’ roll, starting in the late 1950s, with chart-topping hits like “Bye Bye Love,” “All I Have to Do is Dream,” and “Wake Up Little Susie.”
The brothers were called the “most important vocal duo in rock” by Rolling Stone, as they influenced the likes of music giants the Beatles, the Beach Boys, Simon & Garfunkel and many others.
“As a singer, songwriter, and guitar innovator, Don Everly was one of the most talented and impactful artists in popular music history,” Country Music Hall of Fame CEO Kyle Young wrote on Twitter on Sunday. “His influence reverberates through the songs and ethereal harmonies he conjured with his brother Phil.”
“Their talent, the beauty of their voices, was something not entirely of this Earth. They were a miracle,” writer and musician Bob Greene, who knew the Everlys, wrote after Phil’s death in 2014 at age 74.

The duo was among the first inductees in the Rock & Roll Hall of Fame in 1986, and with Nashville roots and a style that embraced both country and rock, the Everly Brothers were inducted in to the Country Music Hall of Fame in 2001.

The Everly Brothers “were one of the most successful acts in popular music between 1957 and 1962,” outsold by only Elvis Presley, Pat Boone, “and possibly Rick Nelson,” the Country Music Hall of Fame said in a bio of the two.
The brothers also won the Grammy Lifetime Achievement Award in 1997.

Brian Wilson recounted the Everlys’ influence on his group, the Beach Boys, another band known for its beguiling harmonies.

“I’m sad to hear about Don Everly passing. The Everly Brothers were a big influence on us and we learned a lot from their beautiful harmonies,” Wilson tweeted. “Love & mercy to Don’s family.”

Paul Simon once said that he and his erstwhile musical partner Art Garfunkel “really learned to sing harmony by learning the Everly Brothers.”

“Don and Phil, for me, are still the best of all of the duos — better than Artie and me, better than John and Paul — just astonishingly great,” Simon told PBS.

Don Everly was born in Muhlenberg County, Kentucky, but his family soon moved to Chicago — where Phil was born — so his father could pursue a career in music, and both his mother and father, Margaret and Ike Everly, were country and western singers.

The boys sang with their parents during live shows and on the radio, and as teenagers, moved to Nashville. There, they found the song that took them to No. 2 on the pop charts — “Bye Bye Love,” written by Felice and Boudleaux Bryant.

After that, they had a top 10 hit song every four months for the next few years.

The Everly Brothers had a very public breakup in 1973, when Phil left the stage abruptly during a concert in California. They reunited a decade later.

“The #EverlyBrothers were foundational architects of rock and roll,” the Rock & Roll Hall of Fame tweeted Sunday.

“As a major influence on everyone from @thebeatles to the Byrds and beyond, his musical impact will live on forever,” the tweet said.

CNN’s Todd Leopold and Mayra Cuevas contributed to this report.