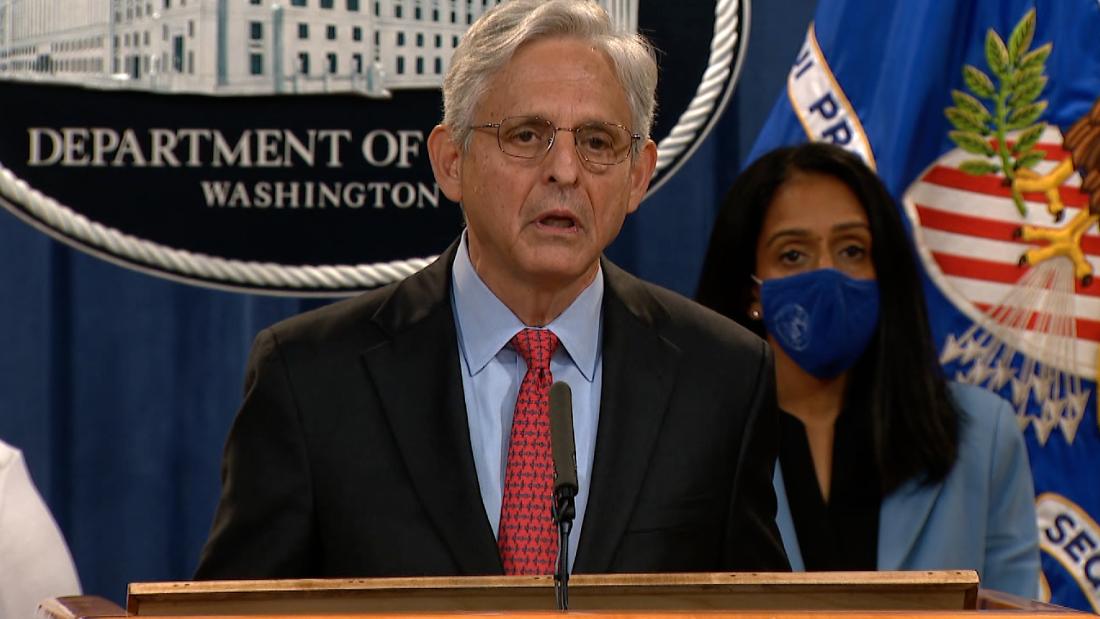 “The United States has the authority to seek redress from this Court against the State of Texas, particularly in light of the procedural obstacles that Texas erected to shield S.B. 8 from judicial scrutiny in suits by directly affected persons,” government lawyers argued in briefs filed late Tuesday. They said the law has “gravely and irreparably impaired women’s ability to exercise their constitutional right to an abortion across the State.”

The legal brief comes after the Biden administration filed suit against the state last week asserting that the law was passed in “open defiance of the Constitution.” Now government lawyers are seeking to halt the law while the legal challenge plays out.

The request could move quickly through the courts — ultimately landing at the Supreme Court — and could determine whether clinics in the state can once again perform abortions after six weeks as both sides present their legal arguments over the coming months. It comes as the Supreme Court is set to take up a case concerning a Mississippi 15-week ban that serves as a direct challenge to Roe v. Wade sometime in late fall or early winter.

“There can be no dispute that S.B. 8 is contrary to the decades of precedent prohibiting states from banning abortions before fetal viability,” the Justice Department argued.

A 5-4 Supreme Court allowed the Texas law to remain in effect earlier this month in a separate legal challenge. Under the law, abortion is prohibited when a fetal heartbeat is detected, which is often before a woman knows she is pregnant. There is no exception for rape or incest, although there is an exemption for “medical emergencies.”

In passing the law, the Texas Legislature adopted a novel legal strategy blocking Texas officials from enforcing the law, instead allowing private citizens — anywhere in the country — to bring a civil suit against anyone who assists a pregnant person seeking an abortion in violation of the law.

In its unsigned September 1 order, the Supreme Court majority reasoned that while the abortion providers behind the challenge had raised “serious questions regarding the constitutionality of the Texas law,” they had not met a burden that would allow the court to block it due to “complex” and “novel” procedural questions. The majority said that its order was not based on any conclusion about the constitutionality of Texas’ law and “in no way limits other procedurally proper challenges.”

“Presented with an application to enjoin a flagrantly unconstitutional law engineered to prohibit women from exercising their constitutional rights and evade judicial scrutiny, a majority of Justices have opted to bury their heads in the sand,” she said.

In a news conference last week announcing the lawsuit, Attorney General Merrick Garland referred to the law as a “scheme” to avoid judicial review.

“This kind of scheme to nullify the Constitution of the United State is one that all Americans — whatever their politics or party — should fear,” he said.

Supporters of abortion rights have praised the government for stepping in.

“We are thrilled that the federal government is acting with a sense of urgency to restore access to safe abortion care throughout Texas and prevent further violations of pregnant Texans’ constitutional rights,” said Stephanie Toti, an attorney for the Lawyering Project, a nonprofit legal organization that represents abortion funds and practical support networks.

After the Supreme Court allowed the law to go into effect, Texas Republican Gov. Greg Abbott tweeted that “starting today, every unborn child with a heartbeat will be protected from the ravages of abortion.”

Abbott came under criticism when he was asked why he was pushing a law that would force a rape or incest victim to carry a pregnancy to term.

“It doesn’t require that at all, because obviously it provides at least six weeks for a person to be able to get an abortion,” Abbott responded. “That said, however,” he continued, “let’s make something very clear, rape is a crime, and Texas will work tirelessly to make sure that we eliminate all rapists from the streets of Texas by aggressively going out and arresting them and prosecuting them and getting them off the streets.”

“I’m sorry we have to break down Biology 101 on national television, but in case no one has informed him before in his life, six weeks pregnant means two weeks late for your period. And two weeks late on your period for any person — any person with a menstrual cycle — can happen if you’re stressed, if your diet changes or for really no reason at all. So you don’t have six weeks,” she said.