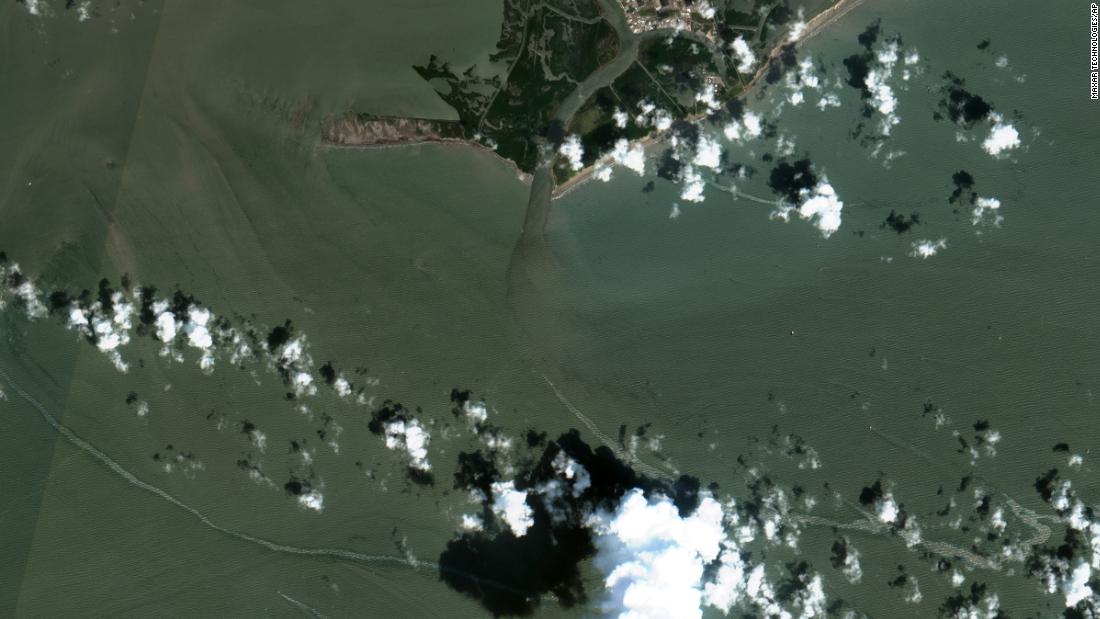 Houston-based Talos Energy said in a statement that it was informed of a potential oil release Tuesday by Clean Gulf Associates, a non-profit oil spill cooperative, because it previously leased the oil block in Bay Marchand off the coast of Port Fourchon, Louisiana.

Talos began sending vessels to the impacted area Wednesday and divers later discovered the damaged pipeline and determined it does not belong to Talos Energy, the company said.

The pipeline “appears to be bent and open ended,” Talos Energy said.

Talos ended production in the area in 2017 and had its infrastructure removed from the site in 2019, the statement said.

“The source of the release is not proximate to any of the plugged wells, nor to the former locations of Talos subsea infrastructure,” Talos said.

“The rate of the release appears to have decreased substantially over the last 48 hours and no black oil has been observed over the last 24 hours,” Talos said Sunday. “To date, no impacts to shoreline or wildlife have been observed,” according to the energy company.

Talos is working with the US Coast Guard and other state and federal agencies to determine ownership of the damaged pipeline and to organize a coordinated response to the spill, the company said.