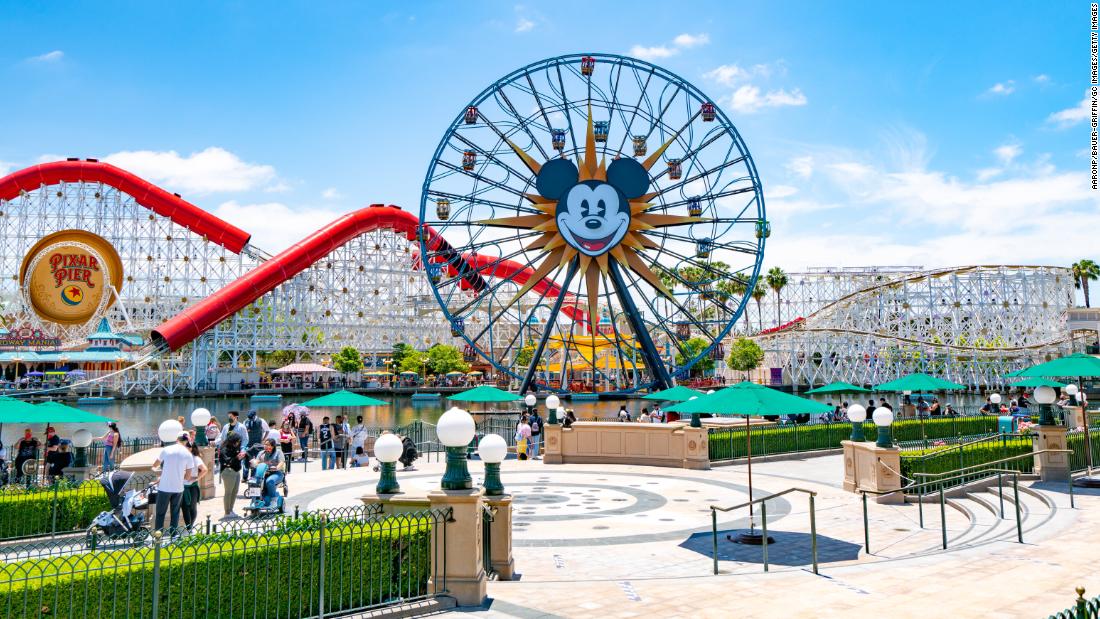 “Genie” — which debuts this fall at California’s Disneyland and Florida’s Disney World — is a new digital service that will “maximize your park time, so you can have more fun,” according to the company.

“From specific attractions, foodie experiences and entertainment, to general interests like Disney princesses, villains, Pixar, Star Wars, thrill rides and more — just tell Disney Genie what you want to do and it will do the planning for you,” Disney (DIS) said in a blog post on Wednesday.

Disney Parks Chairman Josh D’Amaro told CNN Business this week that the company listened to guests who want the theme park experience to be simpler, straightforward and tailored “for them.”

“You tell Genie what you are interested in specifically — whether that be an attraction, a food, a character — and Genie’s going to come back to you and tell you how to make the most of your day,” D’Amaro said.

The free service will be built into Disney Parks’ established apps along with a paid version called “Disney Genie+” that allows guests to access the “Lightning Lane” for $15 at Disney World and $20 at Disneyland.

“Lightning Lane” is basically a paid version of a benefit that used to be free for guests: Disney’s FastPass, which allowed visitors to book ride and attraction times in advance to avoid long waits. The FastPass system at Walt Disney World was put on hiatus during the pandemic, and is being replaced permanently by “Lightning Lane.” On the day of their visit, guests can use the paid app to select available times for more than 15 attractions at Disneyland and more than 40 attractions at Disney World (including classics such as “Haunted Mansion” and new attractions like “Millennium Falcon: Smugglers Run”) as well as cut down on wait times when visiting multiple parks.

D’Amaro noted that the app is really about offering flexibility to consumers.

“You can enter our parks and if you’re not even interested in using ‘Genie,’ you don’t have to,” he said. “You still have standby lanes, you still have virtual queues at some of our attractions. You can still enjoy the park any way that you want to enjoy it.”

The “Genie” app is the latest initiative from Disney to invest in technology that connects the digital world to the physical parks themselves. The company has previously announced new immersive, tech-focused attractions and hotels as well as a partnership with Snap.
In addition to improving the guest experience, the new “Genie” app is also good business: the less time a guest spends waiting in line, the more time they have to buy food, drinks and merchandise. Disney’s Parks unit brought in $4.3 billion in the third quarter, up from $1.1 billion in the same quarter last year.

D’Amaro added that the service is “a continued evolution to make sure that we make that guest experience better every time a guest visits us.”

“We’ve had 60 years of experience in theme parks. So we know exactly how people are behaving, how the attractions are behaving. We know exactly how to optimize a day,” he said. “So with technology advancing, we’re able to take all that information and all of that data that our industrial engineers have and serve it up in a very convenient way to our guests.”