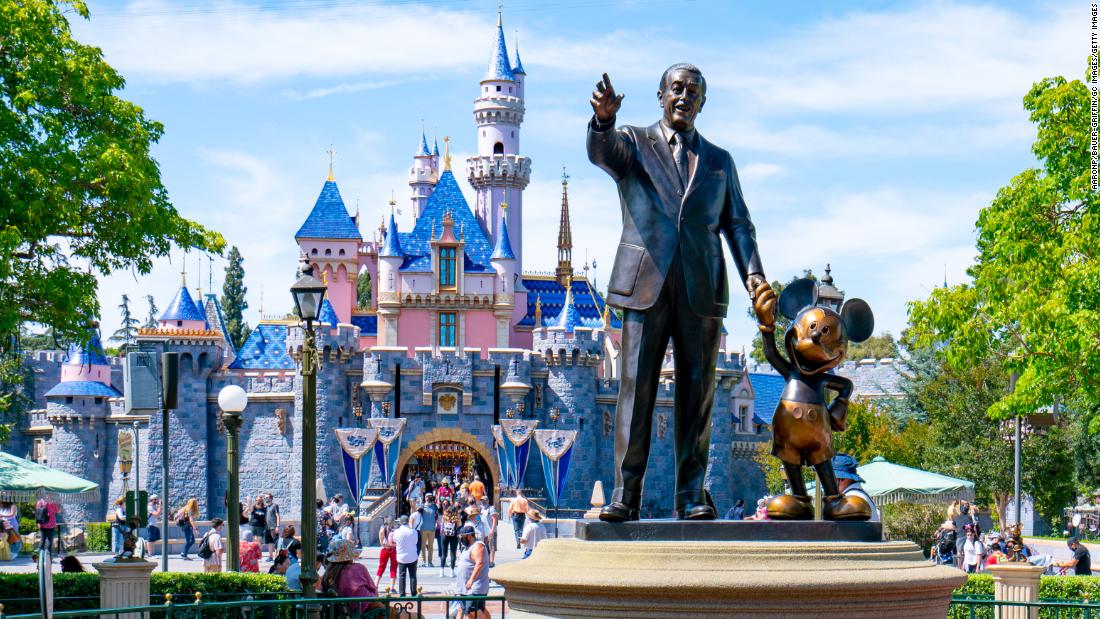 The company brought in $17 billion in sales, up 45% from same period last year. That’s a bit higher than Wall Streets’ expectation of $16.8 billion, and the news sent shares up 4% in after-hours trading.

The company reported earnings of $995 million in the third quarter, a significant improvement from the $4.8 billion loss posted this time last year.

This was the first quarter that all of Disney’s (DIS) global theme parks have been open since the start of the pandemic, allowing the company to resume some semblance of normalcy.

At the end of May, the company reported slower subscriber growth than expected, mostly because of increased vaccination rates and relaxed Covid regulations that got people out of the house again.

Since then, the platform released “Black Widow” and “Jungle Cruise” through its Premier Access Function, which gives subscribers the opportunity to watch movies on Disney+ the day they’re released in theaters for an additional charge of $29.99. The movies brought in $60 million and $30 million respectively via Disney+ alone.

As Delta variant cases continue to surge, especially in Florida, it’s unclear how the company’s theme parks will be affected. Disneyland Paris in July began requiring guests to present proof of vaccination, a negative PCR test result or a positive antigen test proving they have already been infected with Covid before they can enter the park.

The company is also grappling with a lawsuit from Scarlett Johansson, who starred in “Black Widow.” In the lawsuit, Johansson alleges that Disney breached her contract by simultaneously releasing the film on Disney+ and in theaters.