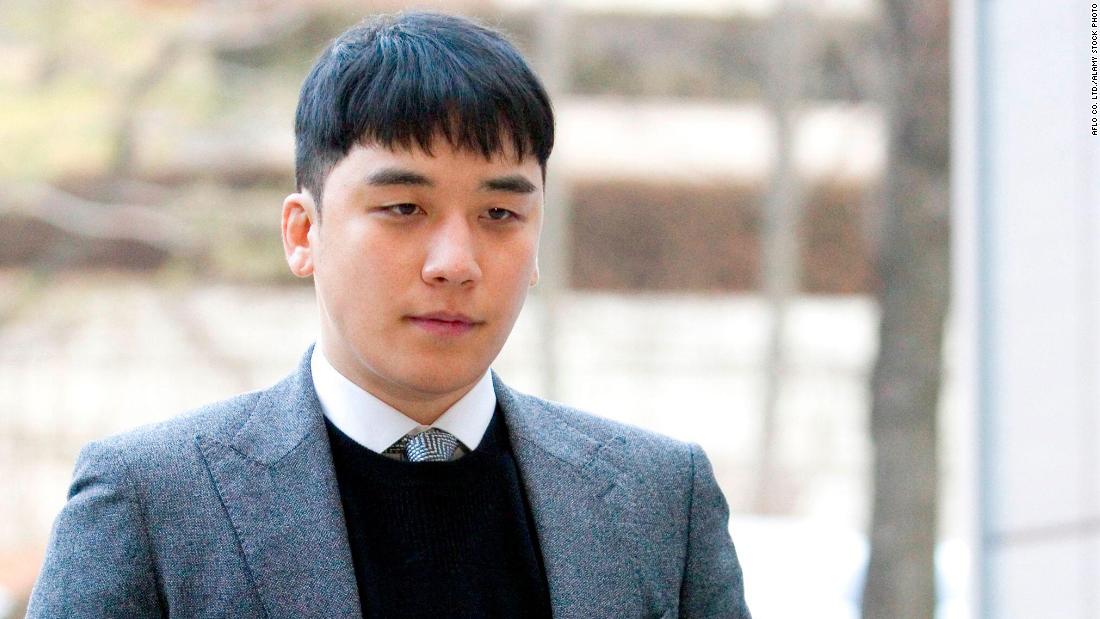 The former Big Bang member had been indicted without detention in 2020 for allegedly organizing prostitutes for investors, embezzlement, bribery, illegal gambling, and violation of foreign currency exchange and food hygiene laws.
Seungri, whose real name is Lee Seung-hyun, was one of K-pop’s biggest stars before he dramatically quit the entertainment industry in March in 2019 after it emerged that he was under investigation on the above mentioned charges.

Legal procedures were conducted by a military court, owing to the fact that Seungri had been undergoing military service — a mandatory requirement for men in South Korea — at the time of his arrest.

Lee, who appeared in uniform at the military court in Yongin, south of Seoul, shook his head as he listened to the sentence, which also included an order for him to pay a fine worth 1.15 billion won ($990,000), Reuters reported.

Lee denied most of the charges, according to Reuters.

Seungri’s indictment and sentencing were part of the larger so-called “Burning Sun scandal,” over a nightclub in Seoul’s glitzy Gangnam neighborhood. Seungri sat on the board of the club, and oversaw its publicity.

According to the Seoul Metropolitan Police, Burning Sun was the site of bribery, violence against customers, securing prostitutes for VIPs, rape, drug trafficking and drug use. Numerous women have come forward with claims of being assaulted or drugged at the club.

Since the allegations, Burning Sun has closed — and a handful of high-profile figures have been affected by the scandal. Further police investigation discovered an online group chat that shared sexually explicit videos of women filmed without their knowledge and consent, which led to two other K-pop stars — Jung Joon-young and Choi Jong-hoon — being sentenced to six and five years in jail respectively.

People outside the entertainment industry, including a former police officer and employees of the nightclub, have also been brought down by the scandal.