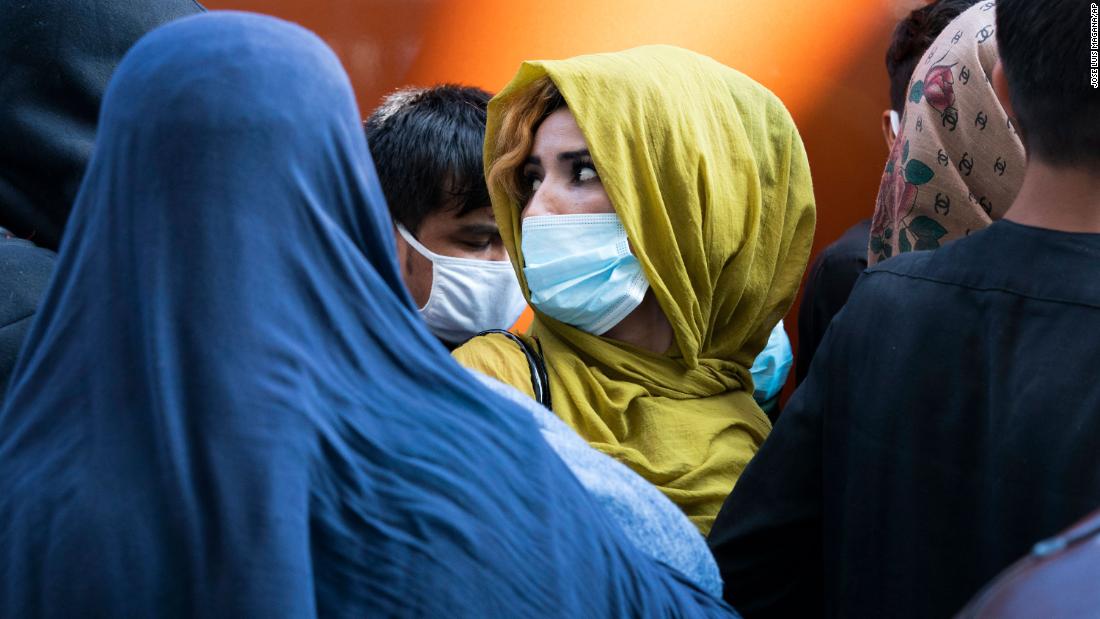 Homeland Security Secretary Alejandro Mayorkas directed Customs and Border Protection earlier this week to “parole” certain evacuees on a case-by-case basis into the US, according to a memo from Mayorkas to CBP acting Commissioner Troy Miller.

But that parole process, while necessary given the circumstances, also raises significant practical and legal questions with the potential to impact the future of many Afghans relocated to the US.

Customs and Border Protection, the agency responsible for screening arriving Afghans, has the authority to grant parole at ports of entry, like Washington Dulles International Airport, where evacuation flights have landed in the US.

At the direction of President Joe Biden, the Department of Homeland Security is taking on the major challenge of overseeing the federal government response for relocating evacuated Afghans to the United States, White House press secretary Jen Psaki announced Friday.

DHS will coordinate with other federal agencies to ensure that relocated Afghans have access to medical care and sufficient support to enable their successful resettlement in the US, according to Psaki.

“What we have now with Afghanistan is so much more complicated,” said Doris Meissner, senior fellow and director of the US Immigration Policy Program at the Migration Policy Institute, pointing to Afghans who have been flown to the US before there was enough time to finish their refugee or Special Immigrant Visa processing.

There’s a long history of parole in the US, but the current Afghanistan situation presents “incredibly unusual, in some ways unprecedented, circumstances,” she said.

In recent months the administration rushed to accelerate visa processing for eligible Afghans but the rapid Taliban takeover followed by the frenzied effort to get tens of thousands of people out of Afghanistan has led to a hodgepodge of legal statuses for arriving Afghans — and the need for the use of temporary admission.

Once paroled by Customs and Border Protection, Afghan nationals may be eligible to apply for status in the US through Citizenship and Immigration Services, another agency within DHS, Mayorkas’ memo said.

Conditions may be placed on Afghan nationals as part of this process, such as medical screening and reporting requirements.

If evacuees fail to follow the conditions, they may face detention and deportation, according to the memo, though it’s unclear if anyone can or would be deported to Afghanistan.

DHS did not respond to requests for the number of Afghans who have received parole or whether most recipients would be subject to conditions on their parole.

Parole allows the US to admit foreign nationals but it does not unlock services they would receive as refugees, such as help with housing and employment and overall support from refugee resettlement agencies.

Converting people who are already in the US from parole to refugee status also presents a legal challenge, since refugee determinations are typically made while applicants are still overseas.

Additionally, under the Trump administration, refugee admissions were cut significantly, leaving the public-private resettlement structure in the US to atrophy, said Meissner, which could spell additional trouble for the Afghanistan relocation effort.

“The refugee resettlement agency infrastructure in the United States is absolutely starving for resources and for skilled staff, because it was allowed to wither on the vine during the last four years,” she said.

A senior administration official told reporters Tuesday that Mayorkas is using his parole authority, including his ability to impose particular conditions, to ensure that people arriving in the US do so with appropriate legal status.

Parole authority “provides some flexibility for individuals for whom there is not a relevant legal status,” the official said.