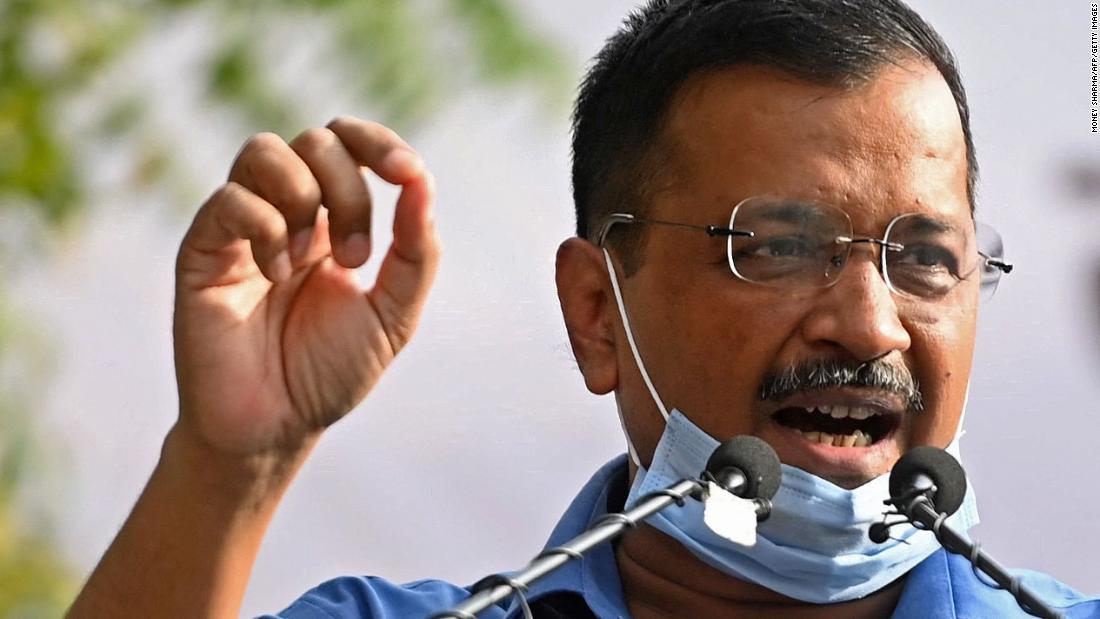 Since Sunday, crowds have taken to the streets to demand action taken against the alleged perpetrators — as well as broader change to address India’s high rates of rape, sexual violence and caste discrimination.

“The injustice this family has faced is unfortunate and cannot be compensated, but the government will give 10 lakh rupees ($13,480) to them and order a magisterial inquiry into the matter,” said Arvind Kejriwal, the head of the Delhi provincial government and leader of the Aam Aadmi Party on Wednesday.

“There is a need to strengthen law and order in Delhi,” he added. “I appeal to the central government to take firm steps in this direction. We (Delhi government) will cooperate fully.”

Kejriwal added that the Delhi government would appoint top lawyers to represent the family.

Kejriwal made the comments to reporters on Wednesday, shortly after meeting the parents of the victim at a protest near the site of the alleged crime.

The 9-year-old girl — a member of the Dalit community, the most oppressed group in India’s Hindu system of caste hierarchy — had gone to fetch water from a Delhi crematorium on Sunday, according to Ingit Pratap Singh, a senior Delhi police official, citing a statement from the victim’s mother.

After the girl did not return for half an hour, the crematorium’s priest, 55-year-old Radhey Shyam, called the mother and showed her the body of her deceased daughter, said Singh.

The priest and three other crematorium employees told the mother that the girl had been electrocuted while trying to fetch water, and convinced the mother to cremate the body, claiming it would be a hassle to involve the police, said Singh. About 200 villagers began protesting that night.

Police have since arrested the four men alleged to be involved in the girl’s death, though they have not yet been charged, said Singh. Police are investigating the crime as an incident of caste violence, and are also investigating allegations of rape made by the victims’ family and other villagers.

Apart from the judicial inquiry, several government bodies are also investigating the incident. On Thursday, the National Commission for Protection of Child Rights ordered Delhi police to provide a report of what happened, including the autopsy report and any action taken against the alleged perpetrators, within 48 hours.

On Tuesday, the Delhi Commission for Women issued a summons for police to appear before the commission on Thursday, and to provide the relevant case documents.

Numerous opposition leaders, including former opposition party president Rahul Gandhi, have called for justice and expressed their support for the family.

But many activists and members of the Dalit community have voiced anger at a perceived lack of response from Prime Minister Narendra Modi and his ruling Bharatiya Janata Party (BJP).

So far, Modi has yet to comment on the issue or release a statement of regret.

“We heavily condemn the manner in which a small girl was raped in,” Patra said, adding that “we all want the victim and her family to get justice.”

However, the bulk of his statement accused opposition parties, specifically Rahul Gandhi — who visited the protests on Wednesday and met with the victim’s parents — of politicizing the issue.

According to India’s National Crime Records Bureau, more than 32,000 cases of alleged rape were reported in the latest available figures from 2019 — one rape roughly every 17 minutes. But experts say that the real number is likely much higher, owing to the shame attached to reporting sexual assault and the social barriers faced by victims.

Those in low-ranking and oppressed castes — about 201 million people out of India’s 1.3 billion population, according to government figures — are especially vulnerable, say human rights organizations and activists.