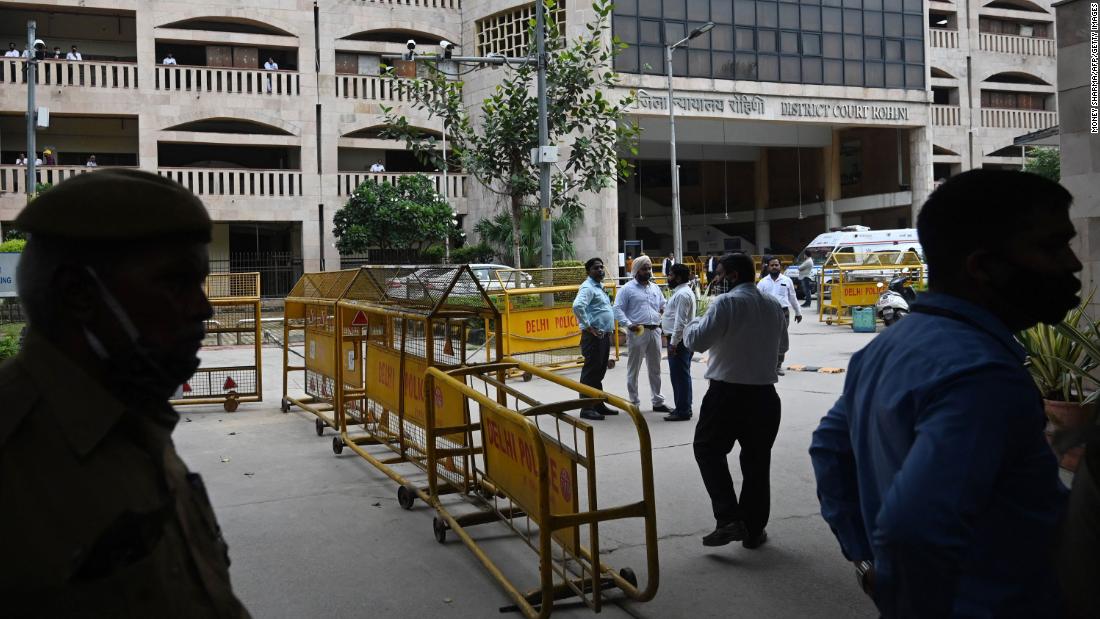 Two gunmen dressed as lawyers opened fire on Friday afternoon while a jailed gang member was being presented in court, according to Delhi Police.

“Two gangsters killed in immediate counterfire by police as they opened fire in lawyers’ attire at a gangster UTP (Under Trial Prisoner) in Rohini court premises this afternoon. All 3 gangsters dead. No other injury or death occurred,” Delhi Police wrote in a tweet.

Police added that an inquiry into the incident will be opened.

According to CNN affiliate News 18, Jitender Gogi, who was jailed last year for involvement in numerous criminal cases, was shot while he appeared in Rohini Court, a large court complex, for a hearing. He was declared dead at the hospital.

Gogi was arrested in April for his alleged involvement in 19 murder and attempted murder cases, News 18 reported.