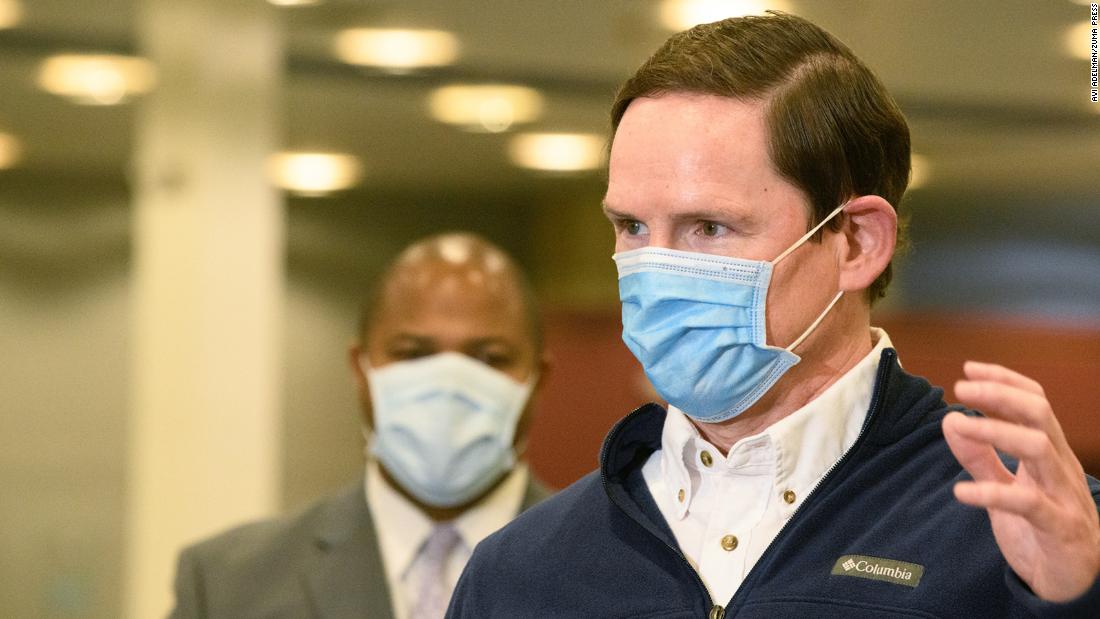 Abbott last month issued an executive order that combined many of his earlier orders on Covid-19, which included language that no governmental entity, including school districts, could require mask wearing.

“Governor Abbott has decided on a course of action that prohibits face-covering mandates on a state-wide basis. Irrespective of his motivations or the dangerous nature of such a decision, it is within his legislatively-delegated authority to decide to mandate face coverings or decline to do so,” Jenkins writes in the document.

“But the Governor has also attempted to prohibit local elected officials from making a different decision, in response to local conditions, to protect their own communities,” Jenkins says.

According to the court documents, the Democratic county judge writes that the statute that Abbott relied upon in his executive order does not grant him the authority to issue such an order.

In his counterclaim, Jenkins asks that the court grant him “a Declaratory Judgment acknowledging his statutory authority to manage the local disaster caused by COVID, including his authority, if necessary, to mandate requiring face-coverings both in the Commissioners Court and also in public,” the documents read.

“The enemy is not each other. The enemy is the virus, and we must all do all that we can to protect public health,” Jenkins says in a statement Monday.

“School districts and governments closest to the people should make decisions on how to best keep students and others safe,” Jenkins says.

CNN has reached out to the governor’s office for comment.

The Dallas school district has 230 schools, according to its website.

“Governor Abbott’s order does not limit the district’s rights as an employer and educational institution to establish reasonable and necessary safety rules for its staff and students. Dallas ISD remains committed to the safety of our students and staff,” district said officials said in a statement.

Some district schools started last week, while others started Monday. A majority of schools are scheduled to begin next week, according to the district’s calendars.

Last week, an Arkansas judge temporarily blocked the enforcement of the state’s law banning mask mandates in schools, in response to two lawsuits — one from a school district, and one from parents — who want schools to be able to require masks if they so choose.

With the injunction in place, school districts can now enforce mask requirements, while the suits continue.

In Florida, Gov. Ron DeSantis didn’t technically ban mask mandates but issued an executive order that directs the state Department of Education and the Department of Health to issue emergency rules that give parents the power to choose whether their children wear masks in class.

On Monday, the governor’s office said state officials could move to withhold the salaries of superintendents and school board members who disregard the governor’s executive order.