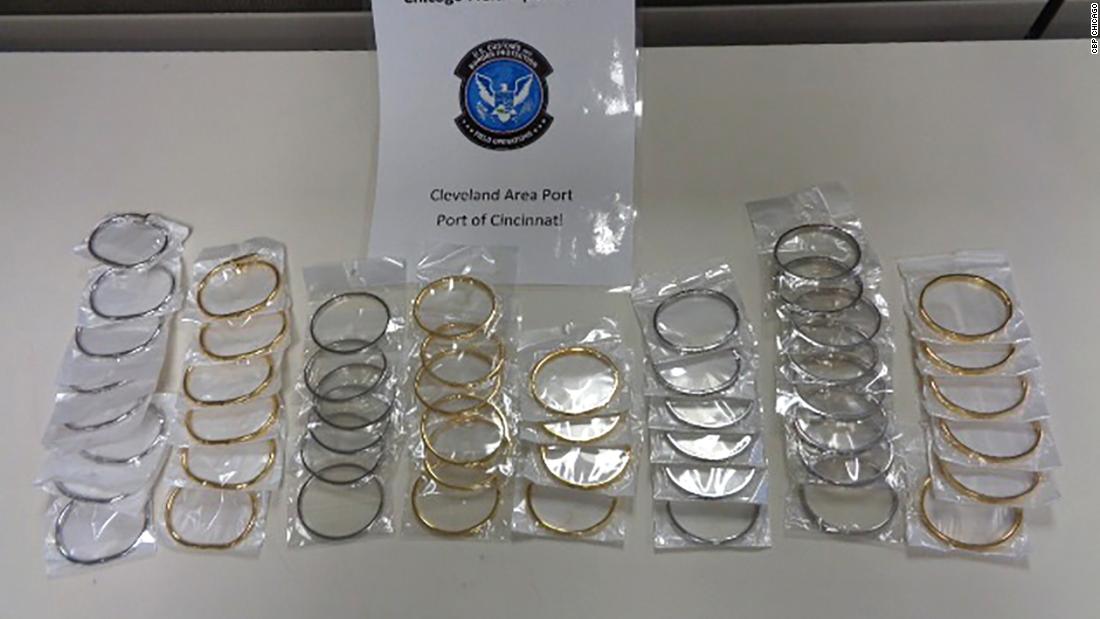 On August 16, officers in Cincinnati, Ohio, found 450 fake Cartier Love bracelets and rings in a shipment from China traveling to a residence in Aventura, Florida. Two days later, they found 50 counterfeit Cartier bracelets from Hong Kong that were headed to Brandon, Mississippi.

Both shipments contained other jewelry that was not deemed counterfeit by the agency’s trade experts.

The agency had previously warned US consumers to be on alert for counterfeit goods, which have seen rapid growth, according to the agency, with the proliferation of e-commerce sites.

Besides the Cincinnati seizure, major busts this year include nearly $636,000 of counterfeit designer handbags and jewelry in Chicago, Illinois, and the confiscation of $366,000 in designer perfumes at the Port of Los Angeles/Long Beach.

CBP said that in fiscal year 2020 the agency seized more than 26,000 shipments containing counterfeit goods worth $1.3 billion if they had been genuine.

Agency data shows that handbags, wallets, apparel and jewelry are items most likely to be counterfeited.