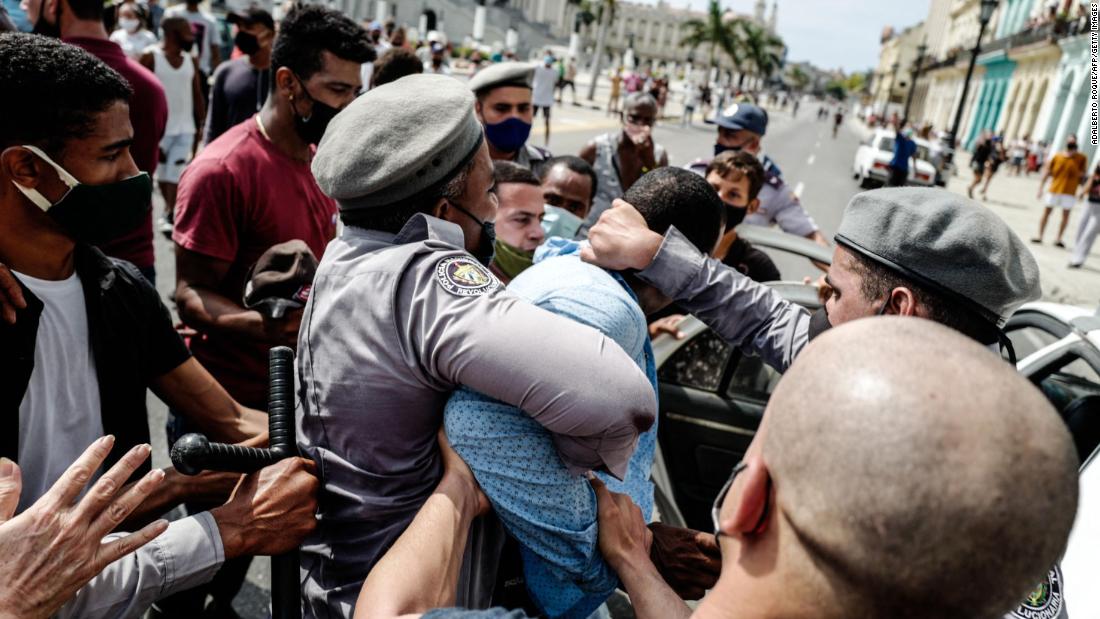 In the city of San Antonio de los Baños, just outside Havana province, hundreds of people defied a heavy police presence to air their complaints.

One resident who did not wish to be identified told CNN that residents had been enduring power outages for a week and that had “detonated” the growing outrage.

Videos uploaded to social media appeared to show other protests in a handful of cities and towns across the island.

In some of the videos, people shouted they “weren’t afraid” or that they wanted liberty or access to coronavirus vaccines.

The already struggling Cuban economy has beenhit hard as tourism and good imports have dropped steeply during the pandemic.