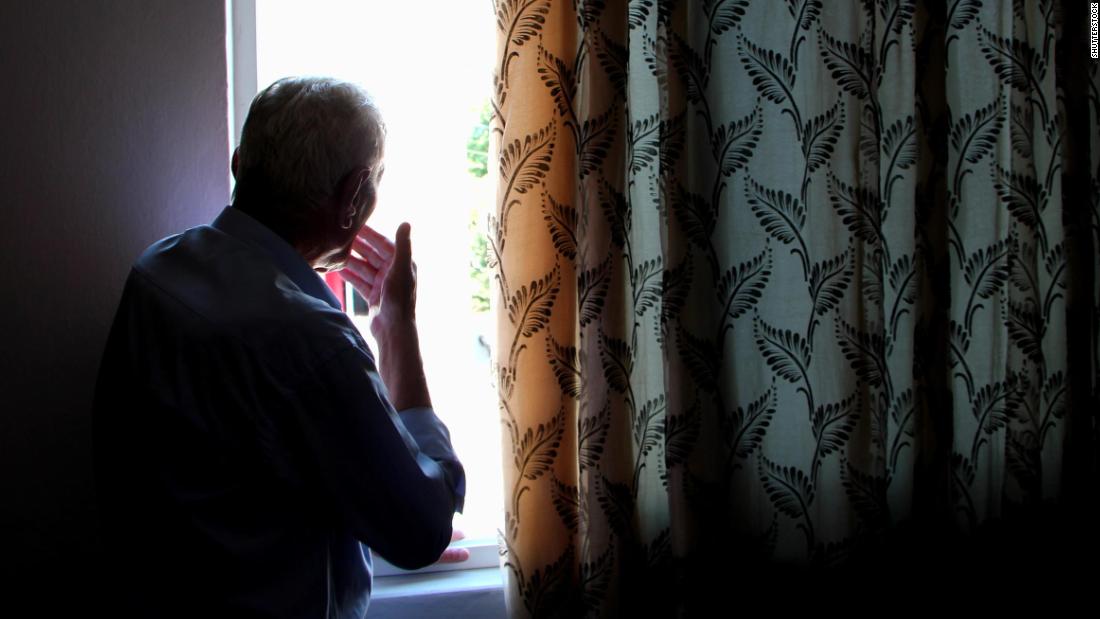 Researchers with an international consortium looking to understand the long-term consequences of Covid-19 on the central nervous system are finding memory issues and biological markers similar to those seen in Alzheimer’s disease patients. Both diseases have been marked by inflammation of the brain.

Dr. Gabriel de Erausquin, a professor of neurology at the University of Texas Health Science Center, and colleagues studied more than 200 adults 60 and older from Argentina who were infected with Covid-19.

Those who had a persistent loss of smell were more likely to experience cognitive issues, they told the Alzheimer’s Association International Conference.

Three to six months after they were infected, more than half of the patients still struggled with forgetfulness and about a quarter experienced additional cognitive challenges. How sick a patient was with Covid-19 was not an indicator of whether they would experience cognitive decline.

“The severity of the initial disease does not predict who is going to get this,” Erausquin told CNN. “In fact, many of them had minimal symptoms — just a cold or loss of smell.”

The cognitive issues –including persistent forgetfulness, difficulty sequencing tasks, and forgetting words and phrases — are similar to those seen in Alzheimer’s patients. Erausquin noted that the parts of the brain responsible for sense of smell overlap with those impacted by Alzheimer’s disease.

He noted that the cognitive symptoms his team observed appear to be distinct from the “brain fog,” associated with long-term symptoms of Covid-19, sometimes seen in younger patients.

“Brain fog in younger individuals has a different flavor, if you will,” Erausquin said. “They have more attentional problems, more concentration problems, and frequently have more anxiety and depression.”

It’s too soon to tell whether the cognitive issues will worsen over time — as they would in Alzheimer’s patients — or if these patients will recover, Erausquin said.

In additional research presented at the conference, Dr. Thomas Wisniewski, a professor of neurology at New York University Grossman School of Medicine, and colleagues found that Covid-19 patients over the age of 60 had biological blood markers also found in Alzheimer’s patients.

Among 310 Covid-19 patients admitted to New York University Langone Health, the team found that those with neurological symptoms had higher levels of biomarkers linked to Alzheimer’s. Those biomarkers include a protein called tau that’s been linked with Alzheimer’s and other compounds known as neurofilament light — an indicator of damage to nerve cells — and others.

“These findings suggest that patients who had COVID-19 may have an acceleration of Alzheimer’s-related symptoms and pathology,” Wisniewski said in a statement.

Wisniewski said more research is needed to understand how those biomarkers affect long-term cognition in people who were infected with Covid-19.

“Those are the kinds of things that make you suspicious that indeed there may be an overlap with Alzheimer’s disease, of some sort,” Erausquin said. “But it’s very early in the game. We need a lot more data.”

Researchers have long been tuned in to the potential links between respiratory diseases and the brain, Heather Snyder, vice president of medical and scientific relations at the Alzheimer’s Association, told CNN. She noted that similar changes in cognition and behavior, like increased anxiety and sleep disturbances, were observed in people infected during outbreaks of Severe Acute Respiratory Syndrome or SARS in 2003-2004 and Middle East Respiratory Syndrome or MERS.

Snyder said researchers are working hard to understand the long-term consequences of these findings on Covid-19 and cognition.

“We also need to be really trying to understand the impact on the brain, overall, because we know that when our brains might be vulnerable for other reasons, it may also increase our risk of Alzheimer’s,” Snyder said.

Erausquin stressed that the research does not show that Covid-19 increases a person’s risk for Alzheimer’s, and there are some big questions that can only be answered with time.

“I’m trying to understand whether the virus accelerates a pre-existing condition, or if it causes a new Alzheimer’s-like process to begin and then progress, or if it behaves as a fixed problem that will completely recover,” he said. “We just don’t know that yet.”

What researchers do know is that older adults can take action to decrease their overall risk of cognitive impairment, like engaging in physical activity, staying socially connected and maintaining a healthy diet.

“I think that it’s important to remember that regardless of the reason for the cognitive decline, the brain is plastic, and a lot of these interventions are likely to reduce the risk of impairment or the risk of progression,” said Erausquin.