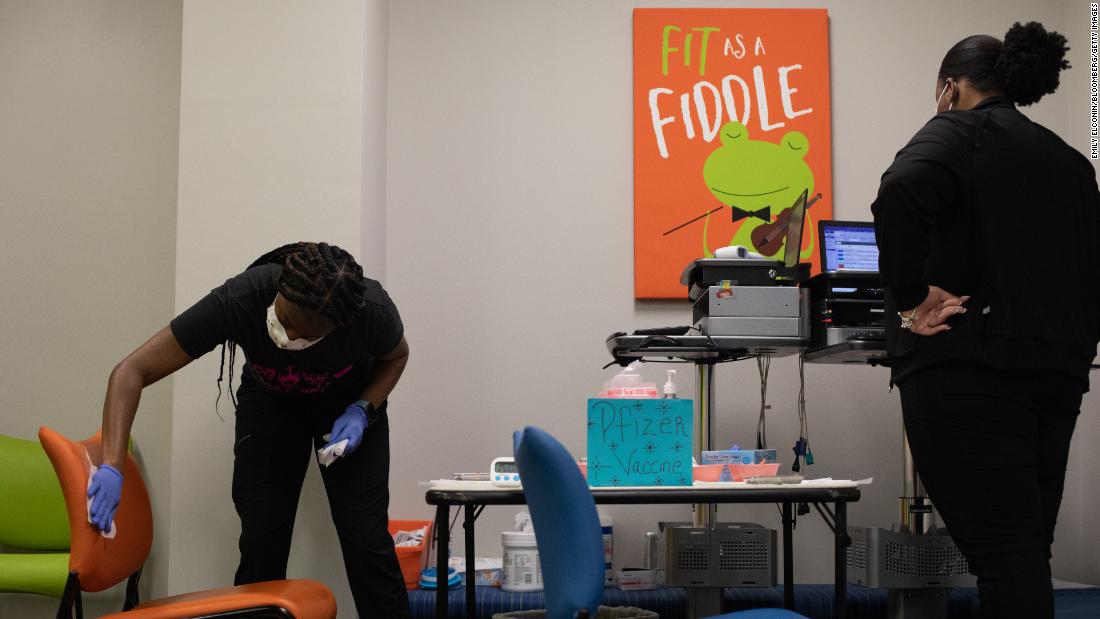 The group counted 71,726 new cases from July 22 – 29. That is a “substantial” increase from the nearly 39,000 cases reported a week before, and five times as many kids who were sick at the end of June. The definition of a child varies by state but generally includes those up to age 17 or 18.

After decreases in reported cases over the past couple of months, the July numbers started trending upward again as the highly transmissible Delta variant of the virus became dominant in the country.

“That’s high and considering the fact that we are vaccinated now, what that’s telling us is that unvaccinated people are getting infected in higher numbers because the virus is more infectious with the Delta variant,” said Dr. Yvonne Maldonado, chief of the division of infectious diseases in the Department of Pediatrics at Stanford Medicine and chair of the AAP committee on infectious diseases.

More than 4.2 million kids have tested positive for Covid-19 since the start of the pandemic. Children and teens represented 19% of reported cases in the latest weekly data.

The report comes as schools have just started or will soon start, with some requiring no masks or social distancing, and as cases in many parts of the country are surging and hospitalizations at levels not seen in months.
At one Georgia school, more than 100 students were in quarantine after nine students and five staff members tested positive for Covid-19 just days after the first day back.

Children under 12 years old are not eligible for any of the three vaccines currently used in the United States, and the fast-spreading Delta variant has put them especially at risk, health experts say.

Vaccines are being tested now in children as young as 6 months, but they probably won’t be available for children younger than 12 for several more months.

“Our sense is because kids can’t get vaccinated, parents should clearly be vaccinated themselves, and if their kids are 12 and older they should be vaccinated as well,” Maldonado said.

Leaders around the country are taking various approaches to keep children safe, from Utah Gov. Spencer Cox saying the state will give away KN-95 masks to children, to Arkansas Gov. Asa Hutchinson calling on the state’s legislature to amend a law in order to give school districts the flexibility to require masks.

The academy, which represents pediatricians, pointed out that severe illness still appears to be rare among children. The number of hospitalizations has remained steady through much of the pandemic. Children accounted for 1.3%-3.5% of the hospitalizations, depending on the state.

Seven states have reported no child deaths from Covid-19 during the pandemic. As of Monday, the US Centers for Disease Control and Prevention reports 526 deaths among children ages 0-17.
Among the some 25 million US children between 12 and 17 years old, about 10.9 million have been vaccinated with at least one dose of vaccine, according to CDC data.