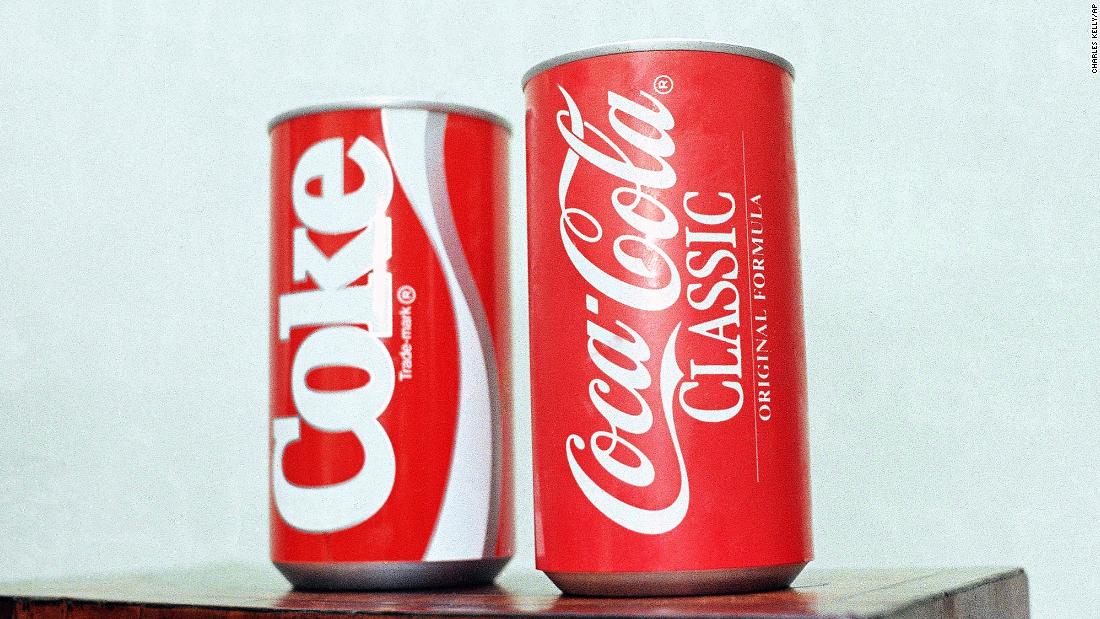 Maybe you like the new flavor. Maybe you prefer the old one, but you don’t really care. Or maybe you hate it so much that you vow never to buy another Coke Zero again.

Companies like Coca-Cola (KO) have to walk a fine line when it comes to their signature products. They have to keep up with consumer trends and stay ahead of the competition. But when they make changes, they run the risk of upsetting loyal customers and chasing them away from the brand. And it can be difficult to predict what people actually want.

But when it comes to product missteps, nothing comes close to New Coke. The brand has to be careful not to stumble again today.

The story of new Coke

In April 1985, Coca-Cola held a buzzy New York City press conference to unveil the new recipe for the drink, confirming rumors that the company was changing its signature product for the first time in nearly 100 years.

“At the Vivian Beaumont Theater in Lincoln Center, some two hundred reporters, photographers and cameramen eagerly awaited confirmation of the sensational news, while hundreds more participated via satellite,” wrote Thomas Oliver in his 1986 book on the topic, “The Real Coke, The Real Story.”

New Coke was supposed to solve a big problem for the company: In the years leading up to the announcement, the iconic drink was losing share to Pepsi. The rival cola had been bragging that consumers preferred its product for years through its “Pepsi Challenge” ad campaign, which pitted Coke against Pepsi in blind taste tests. New Coke was born of a taste test of Coke’s own. Nearly 200,000 consumers who tried the new formula liked it better than the old, Coke said. It’s been described as a smoother, sweeter version of the original.
Still, the new product was met with immediate outrage. The New York Times reported in a 1985 story that one man wrote a song called, simply, “You Changed the Taste.” The song’s message was clear: “Our feelings are very strong, after 99 years of being right, you did your country wrong,” the lyrics read. “So now hear our plea, and know that this is no joke, just give us back the taste of Coke.” Others formed protest groups, the Times noted. Another reportedly compared the change to the death of a friend.

By May 1985, fears were spreading among executives that the outrage could lead to a boycott of other Coke products, according to Oliver.

In a blog post detailing the history of New Coke, the company outlined the backlash it received: “By June 1985, The Coca-Cola Company was getting 1,500 calls a day on its consumer hotline, compared with 400 a day before the taste change,” according to the post. “People seemed to hold any Coca-Cola employee — from security officers at our headquarters building to their neighbors who worked for Coke — personally responsible for the change.”
According to a New York Times story from July 1985, executives began to seriously consider bringing the old version back in June, just a few months after unveiling the new product. The company tracked consumer reaction to the new product in the weeks after launching it. They found that at first, most people actually preferred the new product. But eventually, more people said that they liked the old version more. That trend continued into the summer.

Coca-Cola listened to its bereft fans. It brought the old formula back, and eventually scrapped New Coke altogether.

The backlash to the new recipe and rallying around the old ended up “reaffirming to people that this classic, traditional brand has meaning to them beyond a search for a particular kind of taste,” said Amanda Ciafone, author of “Counter-Cola: A Multinational History of the Global Corporation,” which looks at social movements and culture surrounding the company. Coca-Cola points to the incident as an example of how much Coke matters to people.

Now, some people have a nostalgic attachment to New Coke. In 2019, the company brought back a limited number of New Coke cans in a cross-promotional campaign with Netflix for the third season of “Stranger Things,” which featured the item. Bringing New Coke back was a way for Coca-Cola to “not take ourselves too seriously,” Stuart Kronauge, then president of Coke’s sparkling business unit and senior vice president of marketing for Coca-Cola North America, told CNN Business at the time. To recreate the product, Coca-Cola had to reach into its archives to get the design and dig through its vault to recover the recipe.

Duane Stanford, editor and publisher of Beverage Digest, has another take.

“The lesson that they learned from New Coke was that … consumers really pay attention to this kind of stuff,” he said. “And it’s a great way to continue to get people to think about your brand.”

But, he warned, the company has to make sure not to take things too far. “The last thing you want to do is turn off your core consumers.”

The right kind of buzz

Coca-Cola has been rolling out its new version of Coke Zero Sugar, which is designed to taste more like regular Coke, internationally for months. This summer, the new version hit the United States.

Across the world, frustrated customers have expressed dismay over the new formulation. On Twitter, users described the taste as “bleh,” and “not good.” One said that it “sucks.”
Around the time that Coca-Cola announced the rollout in the United States, Rafael Prandini, category lead of Coca-Cola Trademark in North America, told CNN Business that the company was confident in how the beverage would be received. “We pre-tested both the new recipe and the new look, with current Coca-Cola Zero Sugar consumers and non-consumers,” he said at the time. “And they really love it.” The results the company has seen from these launches are “very encouraging,” he said.

The company added Thursday that since the recipe change, Coca-Cola Zero Sugar “continues its strong performance across Europe and Latin America.”

Some people have been responding to the new flavor positively, and have said so online. “It’s good!” one person concluded. Another said the product “hits that Coca-Cola craving,” just as Coca-Cola had hoped.
The last time the company changed the formula and packaging for the drink, in 2017, some consumers were also disappointed. Still, Coke Zero has been increasing its share in US the low-calorie soda market since then, according to data from the market research firm Euromonitor International.

Creating “a little controversy online with social media users” can be a good thing for the brand, as long as dedicated customers don’t turn on Coke Zero, said Stanford. It can also keep the focus on Coke, rather than its competitor.

Coca-Cola Zero Sugar is still far ahead of Pepsi’s version of the product. According to Euromonitor International, Coke Zero sugar held 21% of the US low calorie soda market in 2020. Pepsi Zero Sugar didn’t crack the top five brands on the list, which include leader Diet Coke, Diet Pepsi, Cherry Coke Zero and upstart Zevia. While both Coke Zero and Diet Coke are zero-calorie drinks, Diet Coke has its own flavor and following while Coke Zero is designed to mimic the taste of regular Coke.

During a July call with analysts discussing second quarter earnings, PepsiCo CEO Ramon Laguarta said that Pepsi Zero Sugar and other zero sugar options are “getting a lot of consumer favor,” adding that the company will continue to invest in zero sugar options.

“PepsiCo is really leaning into their Pepsi Zero Sugar offering,” said Stanford. “They are coming after that [zero sugar] market share. So Coke’s really got to stay on its game in order to continue the growth of Coke Zero Sugar.”