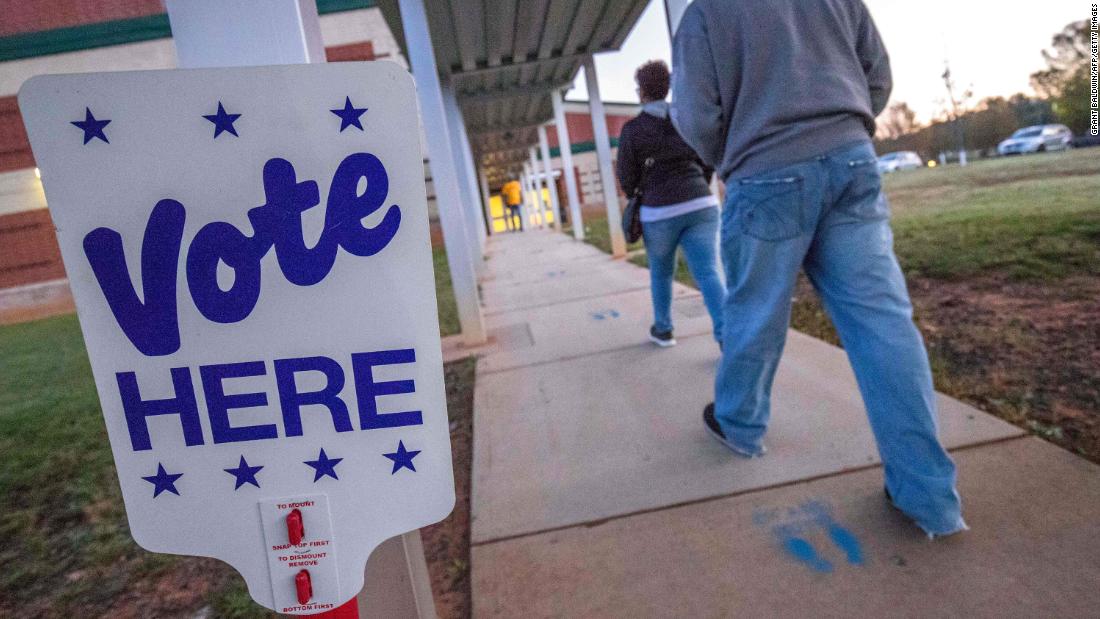 The action comes out of a lawsuit by civil rights groups and ex-offenders who have challenged a North Carolina law that denies the right to vote to felons until they have completed all aspects of their sentence, including probation and parole.

On Monday, Superior Court Judge Lisa Bell told participants during a brief hearing that two judges on a three-judge panel would issue a preliminary injunction that bars the state from denying voter registration from North Carolinians convicted of felonies who were on probation, parole or post-release supervision, voting rights groups said.

The ruling was made verbally and no written order has been issued yet. Kellie Myers, the trial court administrator in the Wake County, North Carolina, judicial district handling the case, confirmed the preliminary injunction in a statement to CNN. She said it applies to people convicted in federal and state courts and takes effect immediately.

As a result, the North Carolina State Board of Elections announced that county boards of elections across the state “must immediately begin to permit such individuals to register to vote.”

Voting rights groups say the ruling marks the largest expansion of the franchise in the state since the Voting Rights Act of 1965. And plaintiffs said the North Carolina law disproportionately affected African Americans.

“History has been made in North Carolina,” Diana Powell, executive director of Justice Served NC, said during a virtual news conference about the decision. “A change has come!”

An appeal of the ruling is still possible. And the court still has to issue a final ruling on a trial it conducted on the lawsuit last week on the constitutionality of the North Carolina statute. The state board of elections officials said their attorneys are reviewing Monday’s decision and will consider “the written ruling upon its release.”

“If a judge prefers a different path to regaining those rights, then he or she should run for the General Assembly and propose that path,” he said in a statement.

“These judges may think they’re doing the right thing by rewriting laws as they see fit (without bothering to even explain their ruling), but each one of these power grabs chips away at the notion that the people, through their legislature, make laws,” he said. “Judges aren’t supposed to be oligarchs who issue whatever decrees they think best.”

Twenty states automatically restore felons’ voting rights once they are released from prison, according to the National Conference of State Legislatures. Two additional states — Maine and Vermont — never strip convicted felons of the ability to vote.