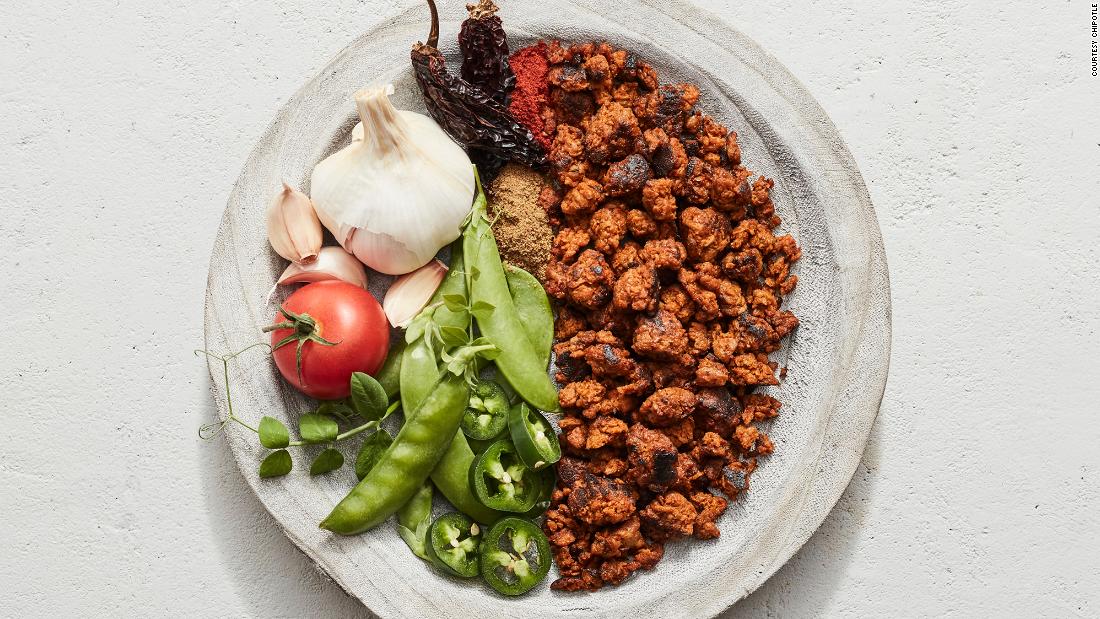 The company developed its chorizo alternative internally, shunning Beyond Meat and Impossible, which have recently struck deals with other fast food-chains for meat alternatives on their menus. Chipotle currently serves sofritas, a spicy tofu, and occasionally sells real chorizo.

Chipotle’s plant-based corizo is made with a lot of seasoning including ancho chili and smoked paprika and combined with a “natural protein sourced from freshly grown peas,” it explained in a press release. Chipotle’s chorizo is vegan and has 20 grams of protein per serving.

It’s using its “stage-gate process” to test the chorizo before bringing the plant-based alternative nationwide. Recent menu items that started in a few US cities before expanding nationwide include its riced cauliflower, carne asada and its popular quesadilla.

Chipotle is having a strong summer, despite raising its menu prices by about 3.5% to 4% to cover the cost of higher wages for employees and ingredients. In the second quarter, revenue grew 39% to $1.9 billion. Sales at restaurants open at least 13 months spiked 31%.