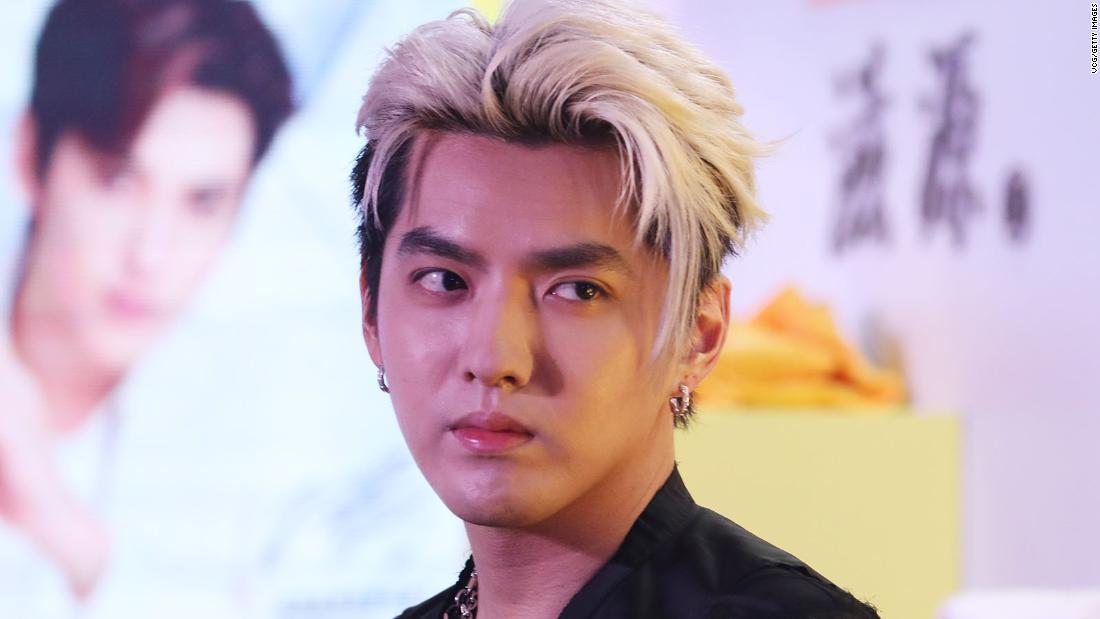 “The chaos in celebrity fan clubs, exposed by the ‘Kris Wu’ incident, reflects that bad fan culture has reached a critical moment that must be corrected,” the agency said, adding that “fan club” culture is “crazy” and “devil-possessed.”

“We must cut off the black hand of the capital — and curb the wild growth of the entertainment industry, ” the agency said.

The government’s criticism of misused capital and the entertainment industry echoes its broader clampdown on the private sector. As President Xi Jinping increasingly emphasizes the ruling Communist Party’s dominant role in every aspect of China’s economy and society, regulators have targeted tech, education and other businesses with fines and restrictions. They’ve blamed private capital for everything from contributing to risks to data security and education inequality to threatening social stability.

China’s National Radio and Television Administration — the country’s top media regulator — has added to the scrutiny on celebrity media culture, saying earlier this week that it would spend a month clamping down celebrity variety shows that it accused of cultivating “star worshiping.” It didn’t specify in great detail how it would accomplish that, though.

Wu, one of China’s biggest pop stars, was detained earlier this month by Beijing police. Authorities said that the 30-year-old artist has been accused of “repeatedly seducing young women into having sex,” adding that case is still under investigation.

CNN reached out to Wu’s representatives earlier this week, but did not receive a response. He denied the allegations on his personal Weibo account last month, and his company at the time announced it was pursuing legal action against a woman who accused him of assault, calling the accusations “malicious rumors.”

His once wildly popular social media accounts — including a Weibo account with more than 51 million followers — have been taken down. Louis Vuitton, Bulgari and other major luxury brands also cut ties with him last month as the allegations surfaced.

The incident triggered a social media firestorm in China. Many on social media voiced support or expressed thanks to a woman who, posting last month under the verified handle “Du Meizhu,” alleged she was sexually assaulted by Wu when she was 17.

But many of Wu’s fans also came to his defense. Fan groups called on brands to give Wu “another chance.” The disciplinary agency held up several examples of what it described as extreme action from fans, including calls to fundraise for Wu’s legal proceedings or break him out of detention.

The disciplinary agency also accused celebrity fan clubs of manipulating children into hurling verbal abuse, inciting violence and encouraging them to show off their wealth or extravagance.

Thursday’s statement added to growing scrutiny on the media and online fandoms, and it reflects the government’s longstanding, aggressive desire to regulate fan groups and the entertainment industry. Beijing has long been wary of the rise of celebrity worship culture and has made clear that celebrities need to be inoffensive in public to stay in their good graces.

Weibo said Monday that it had removed or banned nearly 1,500 accounts regarding “inappropriate remarks” about the Wu incident.

Douyin, the Chinese version of TikTok, said earlier this week it has removed 2.4 million abusive comments and nearly 8,000 videos by celebrity fans since June. And Kuaishou, Douyin’s major rival in China, said last weekend that it had it banned more than 100 accounts in its own crackdown on celebrity fan clubs since June 15.

Even before the Wu case, authorities were criticizing the space. The Cyberspace Administration of China said in June that irrational fan behavior has “destroyed the online environment and is adversely affecting the physical and mental health of minors.”

In that statement, the CAC also announced that it would launch a two-month online campaign against “unhealthy” celebrity fan culture, and focus on scrubbing rumors, online bullying, harassment and other abusive remarks made by celebrity fans.

— Lauren Lau and CNN’s Beijing bureau contributed to this report.