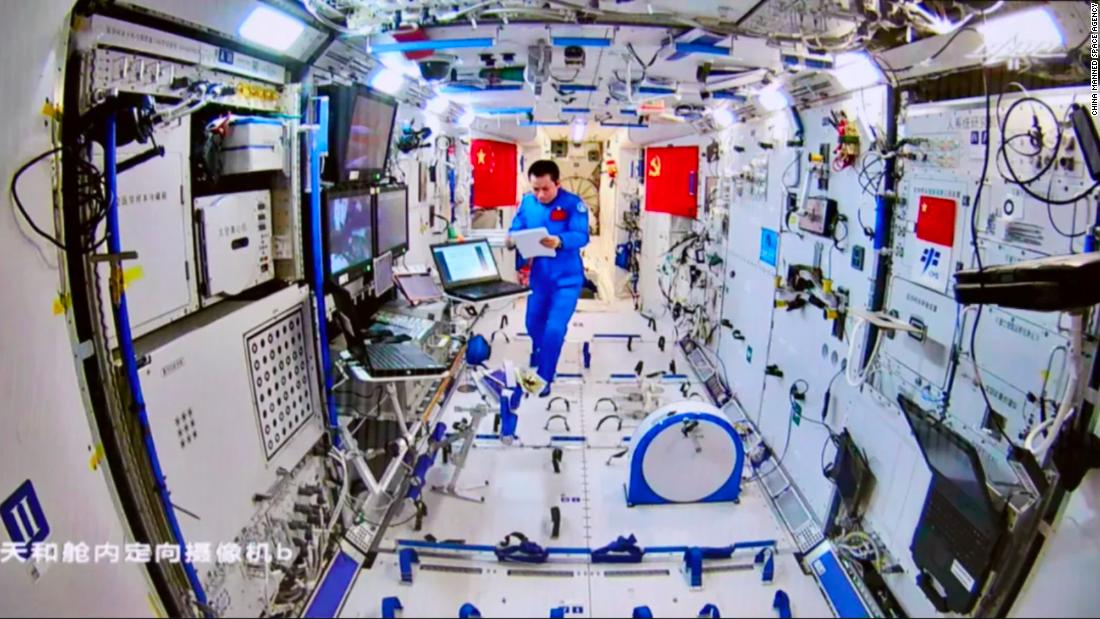 Since they were sent into space in June, the three-man crew has been working and living on the Tianhe core module of the space station, the largest spacecraft developed by China to date. They plan to have the space station, called Tiangong or Heavenly Palace, fully crewed and operational by December 2022 — an ambitious target for China’s rapidly expanding space program.
Two of the astronauts, Nie Haisheng and Liu Boming, conducted the spacewalk on Friday morning local Beijing time, leaving the core module to carry out tasks such as installing equipment outside the space station and working on the attached robotic arm, said the space agency on the Chinese platform WeChat. The third astronaut, Tang Hongbo, provided support from inside the cabin.

“The astronauts are in good condition,” said state-run news outlet Xinhua before the spacewalk, adding that the core module, spacecraft and cargo craft are all “operating stably.”

The astronauts carried out their first spacewalk in early July, during which they tested new-generation spacesuits, installed equipment, elevated a panoramic camera and tested the station’s robotic arm.

It was also only China’s second spacewalk at the time, since its first was carried out in 2008.

No other spacewalks are planned for the remainder of their three-month orbital flight — China’s longest-ever crewed mission. Their flight is just the first of many to come before the station is complete — after this mission, another three crewed spacecrafts and two laboratory modules will be sent to the space station.

Once complete, the space station is expected to operate for 10 years — which could be extended to 15. Though won’t be as large as the international space station, it’s designed to be permanently occupied by astronauts on long-term stays.

Chinese astronauts have long been excluded from the ISS due to US political objections and legislative restrictions. The country’s space program has expanded rapidly in the past decade, and has accelerated in the past year alone — scientists successfully landed exploratory rovers on the moon in December and on Mars in May.

Russia, a longtime contributor on the ISS, has also left the project and is now considering launching its own space station by 2030.