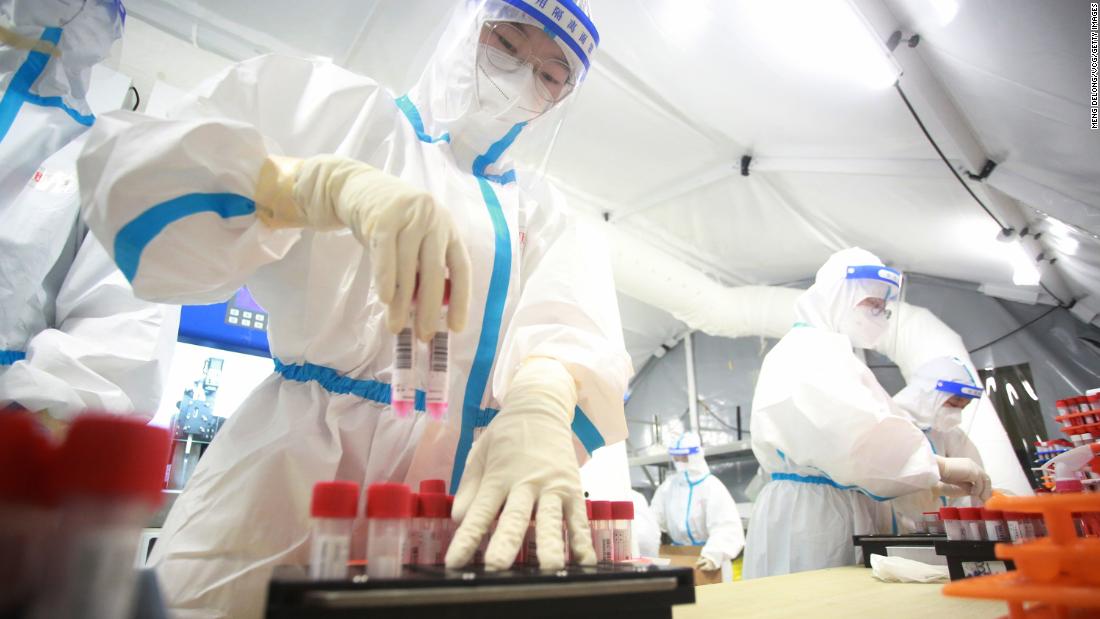 At its peak, China was reporting more than 140 new symptomatic cases a day, which, though a tiny proportion of its 1.4 billion population, marked a significant uptick in a country that for months had largely contained the virus’ spread.

But less than a month later, the outbreak is showing early signs of winding down. Numbers have fallen steadily with the country reporting six new locally-transmitted symptomatic cases on Tuesday, and six more on Wednesday.

The apparent turnaround stands in sharp contrast to many other countries still grappling with large Delta-driven outbreaks, including the United States.

Delta now makes up more than 93% of all coronavirus cases circulating in the US, and is pushing hospitals past capacity once again. The country could soon see more than 200,000 new cases every day as the virus spreads, particularly among unvaccinated people, experts warn.
Meanwhile in Asia Pacific, the Delta variant has also forced parts of Australia and New Zealand back under lockdown, and ravaged Southeast Asian countries like Malaysia and Thailand.

China’s falling caseload has been touted in state media as evidence the country’s strict zero-Covid control measures are working.

The so-called “zero transmission” model, also seen in places like New Zealand and Hong Kong, has so far proved broadly effective in curbing widespread transmission. Many of these countries and territories have faced less severe outbreaks than other parts of the world, with fewer cases and deaths overall.

However, this approach requires punishing, oppressive measures that many argue are simply not sustainable in the long term, especially as new variants spread and other countries open back up. Experts say fortress territories will eventually have to shift away from this strategy — they can’t stay shut off from the world forever.

Using the zero-Covid approach, Chinese authorities acted quickly once the outbreak became apparent, with numerous major cities launching mass testing campaigns and building pop-up testing labs. Yangzhou, one of the infection hotspots with a population of 4.5 million people, has so far conducted seven rounds of mass-testing for its residents.
Communities that reported infections were promptly locked down, with residents unable to leave except for emergency reasons. Tens of millions of people were placed under travel and movement restrictions, as well as extra screening procedures and mandatory quarantines for anybody traveling between cities or provinces.
All the while, authorities ramped up the nationwide vaccination campaign. More than 1.8 billion doses have been administered so far, according to the National Health Commission (NHC).

As of August 14, 36 of the 48 virus-hit cities reported no new infections for at least six days, according to NHC director Ma Xiaowei.

Ma said in an interview Monday with state news outlet Xinhua that China would strive to control the outbreak by the end of August, before students return to schools for the new semester, and return life to normal as soon as possible.