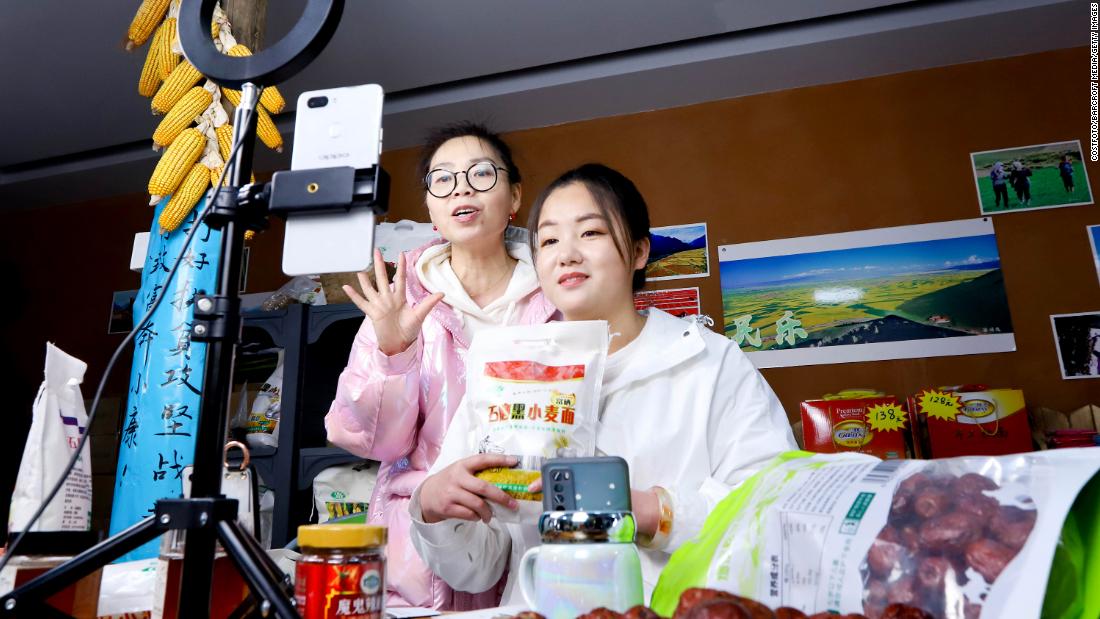 The Chinese Ministry of Commerce on Wednesday outlined proposals for an “industry standard” for live-streamers who market products on online shopping platforms. The rules include details about how hosts on such shows should dress or speak in front of the camera, as well as guidelines for how platforms should allow consumers to provide reviews for hosts or the products that they market. Those reviews should also be made public, the ministry said.

“When the host streams live, his or her clothing and image should not violate public order or good morals,” the ministry wrote, adding that “their appearance should also reflect the characteristics of the products or services they are marketing.”

The rules are intended to “create a good e-commerce environment for consumers,” the ministry said.

The rules also suggest that hosts “speak Mandarin during the streaming” and be “objective and honest” about the products they try to sell.

If hosts display behavior that violates the law, they should be warned or punished by the e-commerce platform — a move that could include restricting their traffic, suspending them or even blacklisting and removing their accounts, the ministry added.

The regulator is seeking public opinion on the rules until September 2.

Stocks in Hong Kong dropped Thursday after the rules were revealed.

Shares in Alibaba (BABA), which operates Taobao Live — China’s largest live-streaming shopping platform — fell more 5% in Hong Kong, hitting lowest since it listed in November 2019. The tech giant’s shares have almost halved since reaching a peak in late October, shortly before an IPO for its financial affiliate, Ant Group, was pulled.
Kuaishou, China’s second biggest short-video app and live-streaming e-commerce platform, sank about 7%, also touching its lowest level since listing in February. The stock has plummeted nearly 80% this year.

Since late last year, Beijing has released an onslaught of regulations hitting industries ranging from tech to private tutoring. The government blames the private sector for creating a series of socioeconomic problems that could destabilize the society.

Beijing has signaled the get-tough approach to big business will continue. Top leaders from the ruling Communist Party recently laid out a blueprint for how they plan to increase regulatory oversight on companies over the next five years. Authorities pledged to strengthen rules for the digital economy, online finance and big data.