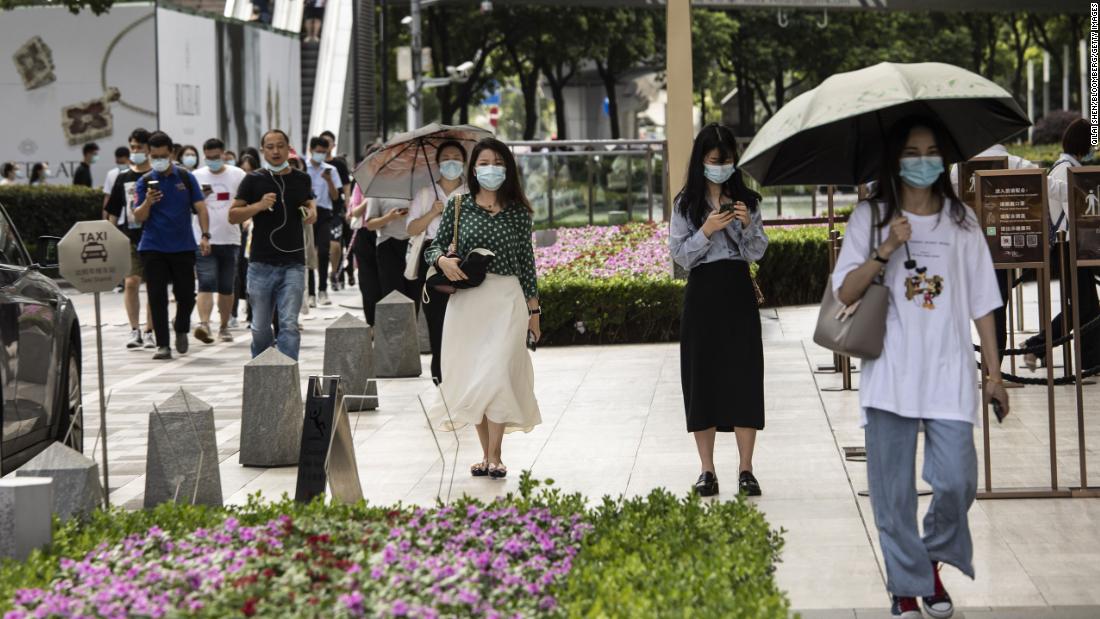 The Delta variant outbreak spreading across more than half of China’s provinces has put authorities on high alert, with stringent lockdowns, mass testing and travel restrictions reimposed on tens of millions of residents.

Prior to the current outbreak, life in China had largely returned to normal with cases all but eliminated barring small, isolated outbreaks. In many cities, people going about their daily lives no longer wore face masks, and photos of largely maskless crowds at tourist hotspots and music festivals repeatedly made international headlines.

On Friday, China’s National Health Commission issued revised guidelines, requiring the public to wear face masks in not only indoor venues and public transport, but also in crowded outdoor areas.

“The public…has become less aware of Covid-19 prevention as the pandemic drags on. Some think they do not have to wear a mask after getting vaccinated — leading to loopholes in epidemic prevention and personal protection,” the National Health Commission said on Friday.

China’s tightening of mask requirements come as other countries also move to revise mask guidance, with authorities in the US now recommending that fully vaccinated people wear masks indoors when in areas with “substantial” and “high” transmission of Covid-19.
Unlike China, however, the issue of mask wearing remains highly contentious in the US. Throughout the pandemic, US public health officers have reported receiving death threats and harassment in response to their recommendations to wear masks and follow certain Covid-19 mitigation measures.

China’s updated guidelines state that the general public should now wear masks in shopping malls, supermarkets, cinemas, exhibition halls and airports, as well as all public transports and elevators. Mask is now also required in crowded outdoor areas, such as public squares and parks.

Previous guidelines, issued in May last year, did not require mask wearing for outdoor areas, or uncrowded indoor spaces with good ventilation.

The new guidelines also tightened mask requirements for key professional groups considered at a higher risk of catching the virus, including those dealing with overseas personnel and goods, medical workers as well as cleaners, security guards and drivers working at ports, airports, customs and hospitals.

The ongoing outbreak first started last month in Nanjing, Jiangsu province in eastern China, where nine airport cleaners were found to be infected during a routine test. Authorities said the cleaners did not strictly follow epidemic prevention guidelines after cleaning a flight from Russia and contracted the virus, before spreading it to other colleagues.

Mahjong parlors, popular with older people, have played a central role in the spread of Covid in the eastern city of Yangzhou, a hotspot of the ongoing outbreak, according to authorities. The city is conducting its seventh round of mass testing within two weeks and reported 25 new cases on Friday.

Across China, 47 locally transmitted symptomatic infections were reported Friday, according to the National Health Commission. The country has seen more than 1,000 cases since the outbreak, but daily new cases have dropped into the two digits in recent days.

The spread of the highly contagious Delta variant across China has triggered concerns over the level of protection currently offered by Chinese vaccines.

On Friday, the National Health Commission announced that 770 million people in China had been fully vaccinated, accounting for 55% of its population of 1.4 billion. That puts it ahead of the US, where just over 50% of the population are fully vaccinated.