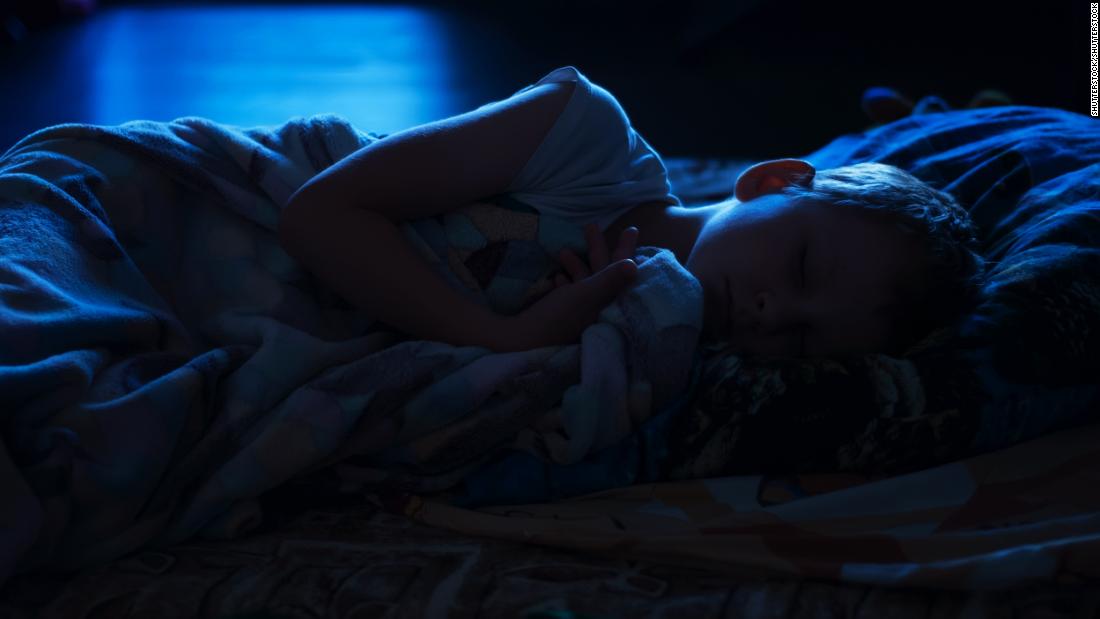 That boost in total sleep time included an additional 24 minutes of rapid eye movement (REM), the dream stage of sleep when memories are consolidated and stored.

“The improvement in the rapid eye movement stage of sleep is really remarkable,” said senior study author Ruth O’Hara, a professor in the department of psychiatry and behavioral sciences at Stanford University.

“Rapid eye movement is a very important phase of sleep for neuronal development and for the development of cognitive and emotional function,” O’Hara said. “So it was a striking finding for us, and we were somewhat surprised at the substantial amount of benefits we saw in the quality of the children’s sleep.”

The study, published Tuesday in the Journal of Clinical Sleep Medicine, found improvement in sleep began within three months of starting the training, and it increased with higher participation.

“Children who reported using the techniques more often outside of class, at home, had larger gains in sleep over the time period we studied,” O’Hara said.

In stark contrast, children who did not receive mindfulness training lost nearly 64 minutes of sleep over the same two-year period.

“It makes intuitive sense that children who didn’t participate in the curriculum decreased their sleep, based on what we know about what it’s like to be a kid this age,” said lead author Christina Chick, a postdoctoral scholar in psychiatry and behavioral sciences at Stanford.

“Older children are possibly staying up to do homework or talk or text with friends,” Chick added. “I interpret our findings to mean that the curriculum was protective, in that it taught skills that helped protect against those sleep losses.”

Sleep is critical for youth

Elementary-age children and pre-teens are supposed to get nine to 12 hours of sleep each night, while teens should sleep eight to 10 hours, according to the US Centers for Disease Control and Prevention.

“Children and adolescents who do not get enough sleep have a higher risk for many health problems, including obesity, type 2 diabetes, poor mental health, and injuries,” according to the CDC. “They are also more likely to have attention and behavior problems, which can contribute to poor academic performance in school.”

However, a 2015 CDC study found a majority of middle school and high school students reported getting less than the recommended amount of sleep for their age.
The American Academy of Pediatrics has called sleep deprivation among children an “epidemic” and recommended in 2014 that middle and high schools start no earlier than 8:30 a.m. to allow teens to get the sleep they need.
The consequences of a steady diet of poor sleep include mood disorders — such depression and the potential for self-harm — cognitive and memory problems, and metabolism disruption and obesity, according to the AAP.

The study recruited 1,000 third and fifth graders from two school districts in lower income communities in the San Francisco Bay area. Many of the children’s families were at or below poverty level and received food stamps, and all of the children participated in school lunch programs.

Sleep can be especially problematic for children living in poverty due to crowded, unstable housing, food insecurity and possible higher levels of crime, according to the study.

“To fall asleep you have to relax, but they have a hard time letting their experiences go,” said the study’s lead investigator Dr. Victor Carrion, a professor of child and adolescent psychiatry who directs the Stanford Early Life Stress and Resilience Program.

“They don’t feel safe and may have nightmares and fears at night,” said Carrion in a statement that said he launched the study to help young people manage the effects of living in a stressful environment.

As part of the study, one school district served as a control group — it did not implement any mindfulness education in physical education (PE) classes.

The other school district implemented during PE a mindfulness curriculum from Pure Edge, a non-profit organization which provides free programs to schools and non-profits to build skills in stress management.

Twice a week children were taught breathing techniques, yoga-based movement, and ways to recognize and cope with stress in PE class; they did traditional PE exercises for the other three days.

“Bringing awareness into the present moment, paying attention to bodily sensations of stress and recognizing how it can affect their mood was one focus of the training,” Chick said.

“Alongside the mindfulness practice was teaching kids what stress was and recognizing that in their environment,” Chick added.

Techniques for mindful breathing were taught in an age-appropriate way. For example, Chick said, children in grades three through five were taught “starfish breath,” in which they “imagine their hand is a starfish and they trace each finger up with the inhale and out with the exhale.”

Children in grades six though 12 were taught “ocean breath,” in which “they breathe in through the nose and out through the mouth, as though they were fogging a mirror,” she said.

“Children were taught that, through this type of mindful breathing, they could ‘hack’ their brain and nervous system by calming a part of the nervous system that is usually automatic,” Chick explained. “In this way, they were taught how to be active participants in their own wellness.”

Out of the 1,000 children in the study, 58 who received the curriculum and 57 who were in the control group were recruited for at-home measurements of their brain activity during sleep.

“It was like a mobile sleep lab,” Chick said. “We went to their homes, set up our sleep monitors, and placed a cap of electrodes on each child’s head to measure their sleep cycle. We also measured their breathing, heart rates and blood oxygen levels.”

It is the first study to use objective sleep measurements, instead of relying on a child’s description of how well they slept, O’Hara said.

“Our study was the first to use this external, extensive polysomnography system — which is the gold standard for measuring sleep architecture — combined with a curriculum that actually targets mindfulness in the school setting,” she said.

In addition to the overall 74-minute increase in sleep, children who gained the most sleep during the study also reported increases in stress. That’s likely because the mindfulness curriculum helped them understand what stress was, Chick said.

“Students actually reported using the stress reduction techniques quite a bit, even bringing them to the home environment,” Chick said. “We have some quotes from the students like, ‘If my mom is getting stressed, I tell her we should do a deep breathing exercise.'”

Sign up for for CNN’S Sleep, But Better newsletter. You’ll get more guidance and support for sleeping better.

Researchers at Stanford plan to continue to analyze the data gathered from the study to see whether the extra sleep also impacted the children’s academic scores, and they hope to encourage other school districts around the country to implement such mindfulness training.

“Given the that the curriculum is available at no cost to schools. I would highly encourage parents to advocate for the implementation of this or similar programs by their school districts,” O’Hara said.