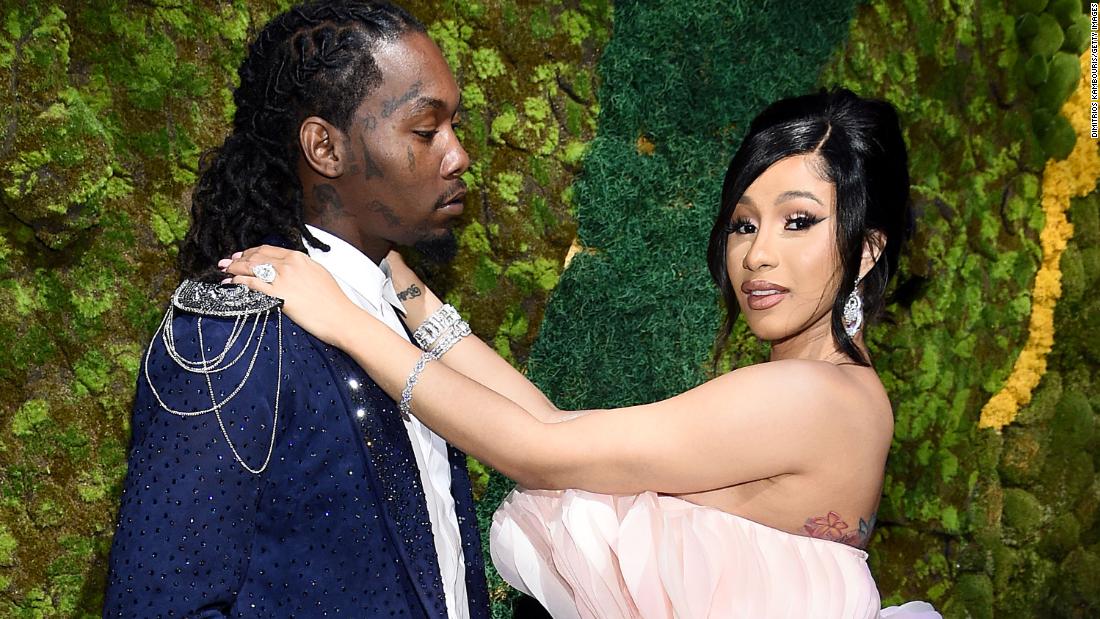 Her mom and dad, rappers Cardi B and husband Offset, have welcomed their second child.

The couple made the announcement Monday on social media.

Cardi B shared a photo of her and Offset with their new bundle in what appeared to be a hospital bed.

It was captioned with “9/4/21” and three emoticons, including a blue heart which, coupled with the photo of the baby wrapped in a blue blanket, is leading followers to believe the baby is a boy.

The pair secretly married in September 2017 and got “engaged” on stage a month later.

Daughter Kulture was born in July 2018.

Cardi B and Offset, who have split and reconciled more than once, kept the second pregnancy private until revealing her baby bump during a performance with his group Migos during the BET Awards, which aired in June.