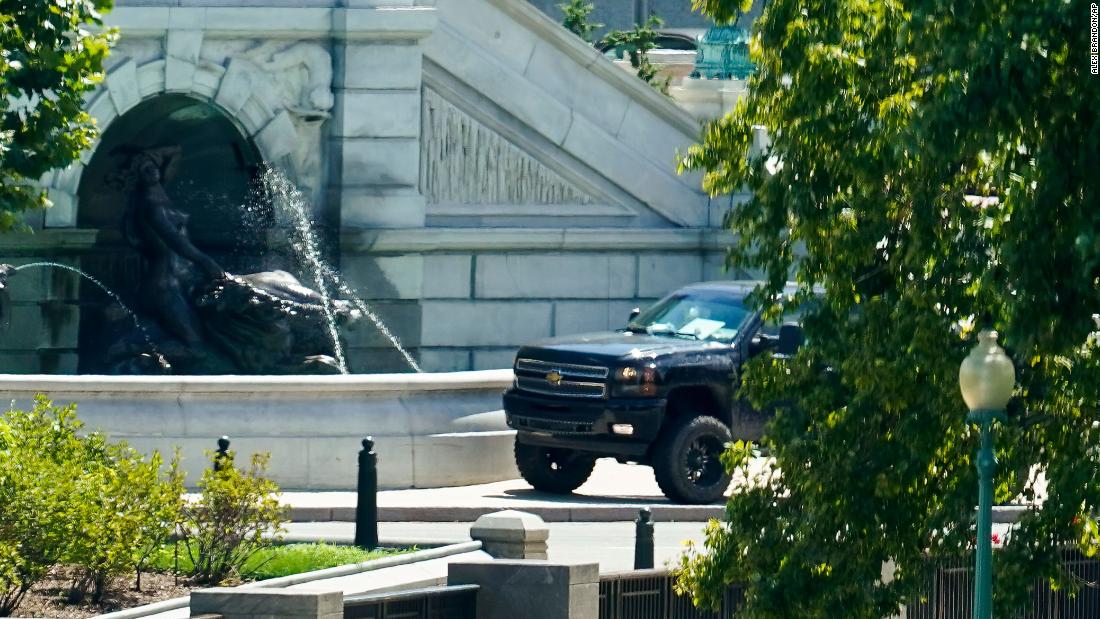 The charges were unsealed during Roseberry’s first court appearance in DC District Court. Roseberry, 51, is currently in jail, and prosecutors say they will seek to keep him behind bars while his case progresses in court.

Roseberry, who was taken into custody after allegedly threatening to detonate a bomb near the US Capitol on Thursday, appeared in a teleconference before US Magistrate Judge Zia Faruqui on Friday afternoon.

The Thursday incident prompted multiple buildings in the area to be evacuated as authorities responded to an “active bomb threat investigation,” the US Capitol Police wrote on Twitter.

USCP said in a news release later Thursday that no bomb was found in Roseberry’s truck but that he did possess suspected bomb-making material. DC Police said in a tweet that the vehicle he was driving had been “cleared,” and that road closures near the scene were lifted. USCP Chief Tom Manger, who told reporters on Thursday that authorities couldn’t yet identify a motive, said that so far there is “no indication” Roseberry was acting with others.

Roseberry had been live-streaming from the scene, Manger said. A roughly half-hour Facebook video showed him inside a truck, holding a cannister that he said was a bomb and speaking about a “revolution.” The video and Roseberry’s Facebook profile have since been removed.

On Roseberry’s now-removed Facebook page, he frequently made pro-Trump posts and posted videos from Trump’s “Million MAGA March” on November 14.

This story and headline have been updated with the charges against Roseberry.