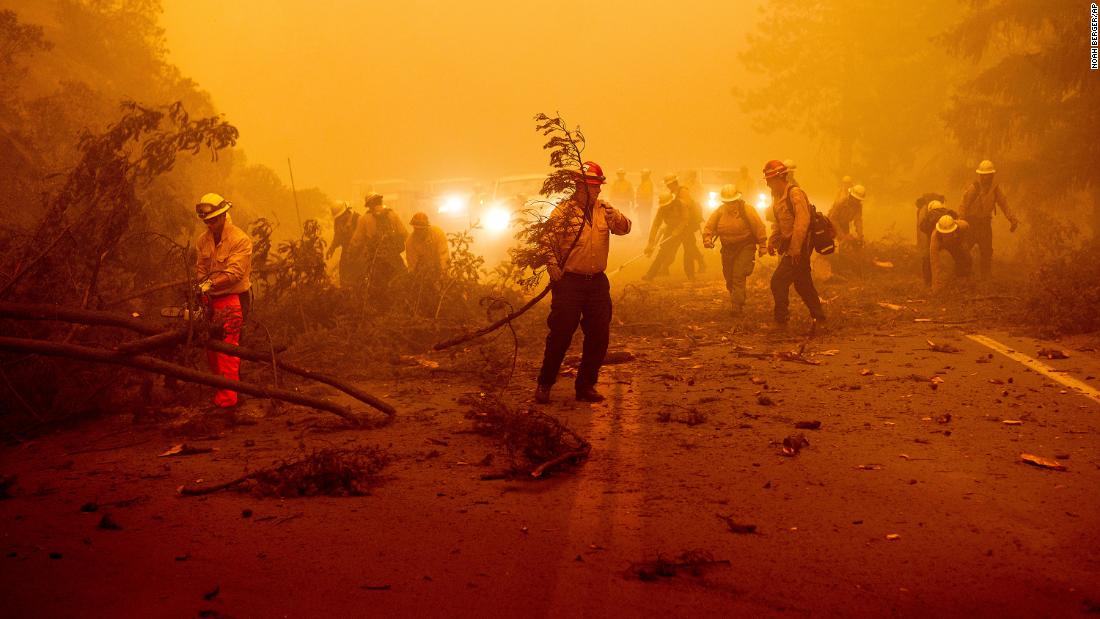 The blaze has scorched 463,477 acres of land in northeastern California and is second only to the August Complex Fire, which ravaged Northern California almost a year ago, burning more than 1 million acres.
The Dixie Fire, which started July 13, is 21% contained, according to InciWeb. It’s burning in four counties and has destroyed more than 100 buildings and almost leveled historic downtown Greenville.

The blaze has now surpassed the Mendocino Complex Fire, which burned more than 450,000 acres across several counties in Northern California in 2018.

The cause of the Dixie Fire remains under investigation.

“Today there are 8,574 personnel battling 39 new wildfires that in total have burned over 876,055 acres” across the state, Cal Fire tweeted.

Throughout the country Sunday, there are 107 large wildfires burning in 15 states, while more than 2.2 million acres have burned, according to an update by the National Interagency Fire Center.

Critical conditions continue in Montana and Oregon as well as California. According to the NIFC, nearly 24,000 wildland firefighters and 30 incident management teams are working toward containment.

Strong winds have fanned active fires in Montana and Oregon, the NIFC said.

Montana with 25 active fires, Idaho with 20 and Oregon with 16 are the top three in the United States, according to NIFC.

The outlook “continues to reflect warmer and drier conditions leading to the high potential for severe wildfire activity throughout the western United States through the rest of the summer and into the fall,” the center said.