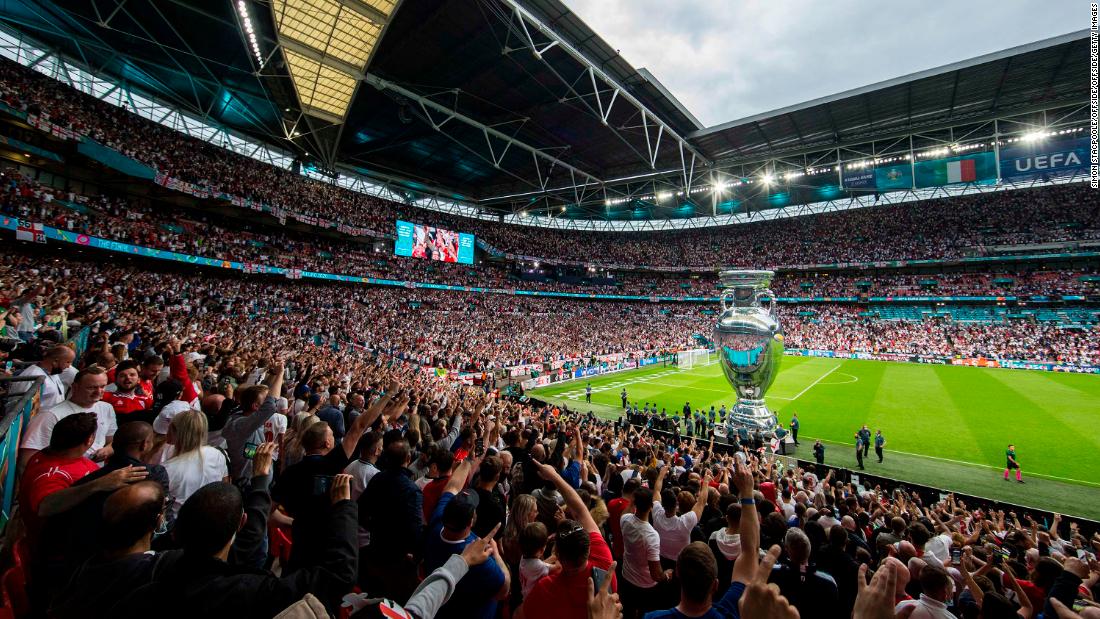 The UK Football Policing Unit (UKFPU) launched a hate crime investigation after racist comments were directed at some of England’s Black players following the game on July 11.

The unit said it received more than 600 reports from individuals, charities, clubs and other organizations. According to the UKFPU, 207 of these were found to be criminal in their nature.

Of the 207 posts found to be criminal, 123 accounts belonged to individuals outside of the UK and British police say the details of these are being processed and passed on to the relevant countries to act on.

So far 34 accounts were found to have been in the UK, and 11 of these account holders have now been arrested.

The barrage of racist social media abuse was aimed at England players Marcus Rashford, Jadon Sancho and Bukayo Saka after they missed penalties in the shootout at the end of the Euro 2020 final last month.

“There are people out there who believe they can hide behind a social media profile and get away with posting such abhorrent comments,” National Police Chiefs’ Council Football Policing lead, Chief Constable Mark Roberts. “They need to think again.”

Roberts said that a “vast amount of work” had been carried out to identify the 11 people arrested.

READ: England’s footballers lost the Euro 2020 final. But they might yet win the culture war

The FA said in a statement it hoped that “these arrests act as a clear deterrent for perpetrators of online abuse who believe there will be no real-world consequences for their actions.”

The FA statement also urged social media companies to take stronger action to “eradicate” online abuse and stop those responsible from using their platforms, calling on the government to speed up the passing of the new Online Harms legislation.