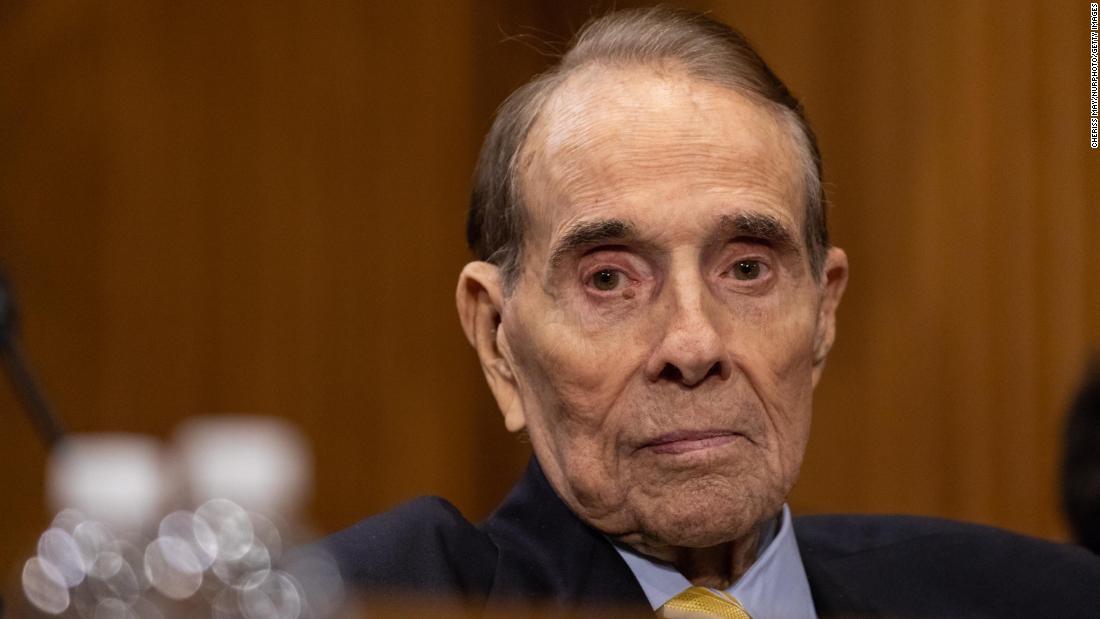 Dole also said he believes former President Donald Trump lost the 2020 presidential election and noted that there is no evidence of election fraud, contrary to Trump’s repeated claims.

“He lost the election, and I regret that he did, but they did,” Dole told USA Today’s Susan Page. “He had Rudy Giuliani running all over the country, claiming fraud. He never had one bit of fraud in all those lawsuits he filed and statements he made.”

Dole is among the most prominent members of the Republican establishment who has stood by Trump. He endorsed Trump for President in 2016 and hasn’t engaged in the public criticism levied by other living past GOP presidential nominees George W. Bush and Mitt Romney. Dole has also plainly recognized Joe Biden’s legitimacy as President.
Dole, who turned 98 on Thursday, was diagnosed with stage four lung cancer earlier this year. Following the announcement of his diagnosis, Biden visited his “close friend” with whom he served in the Senate for years.

In the USA Today interview, Dole called Biden a “great, kind, upstanding, decent person” but said he was still dubious when it comes to his former colleague’s politics and questioned Biden’s decision to close the Keystone Pipeline.

“I asked him, I said, ‘Why did you close that pipeline in (South) Dakota?'” Dole said.