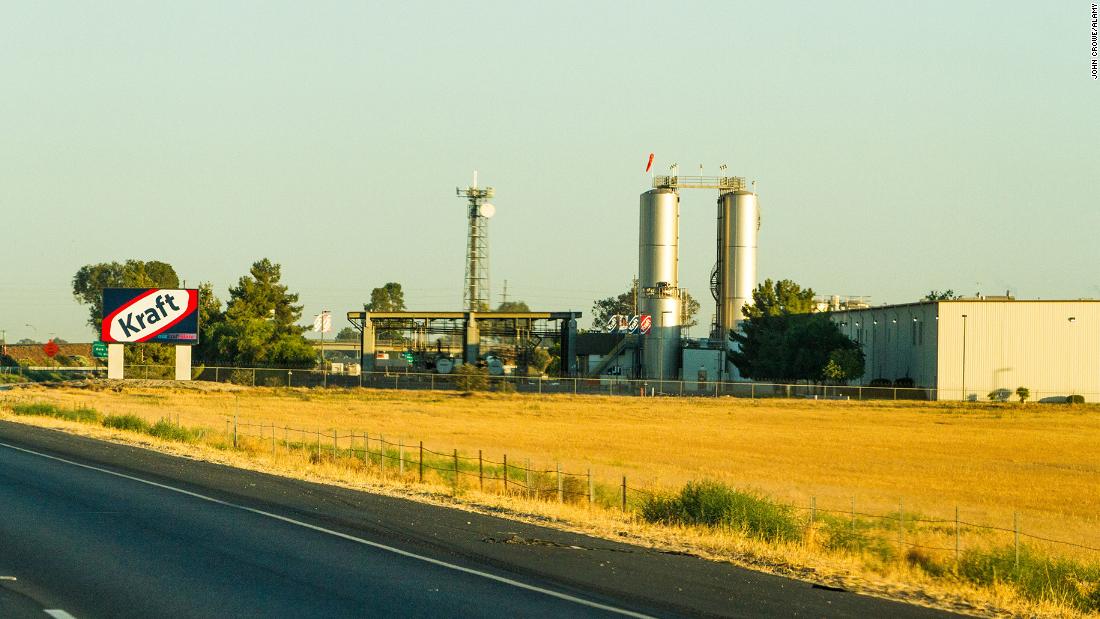 The plaintiffs claim their former coworkers left notes in their lockers calling them the N-word and once threatened to kill them if they didn’t quit their jobs.

The complaint alleges the three men were subjected to “a pattern of harassing and discriminatory behavior based upon their race” over the course of several years along with other Black employees who worked with them at a dairy facility run by Kraft Heinz Foods. The factory is based in Tulare, California, a predominantly Hispanic and White community located 52 miles southeast of Fresno.

The plaintiffs say their coworkers drew swastikas on the lockers of multiple black employees and sent a note that said, “no n*****s as coordinators” during one purported incident. Additional notes said “quit or die n****r” during another incident, according to the complaint, which includes photographs of the alleged notes.

The lawsuit said the alleged death threats compelled Hooker to quit his job in May 2018 after serving 22 years at the company. Horn and Aytman began working at the plant in 2011. Both were fired in 2019 for “pretextual grounds,” the complaint stated.

“The Tulare Plant was rife with anti-Black slurs, innuendos, threats, and discrimination,” the lawsuit said. “The anti-Black abuse came from peers and supervisors, who controlled whether plaintiffs would receive promotions, transfers, and raises. Not surprisingly, the supervisors passed over plaintiffs in favor of non-Black employees.”

The plaintiffs allege that they were told by managers “to keep their heads down or else they could join the unemployment line.” The suit also accuses the company’s corporate offices of avoiding any investigation of what plaintiffs called, the Tulare plant’s rampant racism.

A Kraft Heinz (KHC) spokesperson said the allegations at the Tulare plant are several years old and were investigated as soon as the company was made aware of them. The company declined to disclose the results of the investigation, citing an ongoing legal matter.

“We undertook an extensive investigation, including cooperating with law enforcement, to ensure that any behavior that violated our policies, if uncovered, was put to an end,” the company said in an emailed statement. “Whenever a serious allegation such as this is made, we take immediate and swift action, including conducting a thorough investigation and implementing corrective actions if behaviors contradictory to our values are found.”

The lawsuit said the alleged threat of anti-Black harassment and violence took a “substantial psychological toll” on all three men.

Horn was diagnosed with PTSD and depression that led to him and his spouse getting divorced, according to the complaint. He still suffers from “anxiety attacks, nightmares, insomnia” and “crying episodes,” the complaint stated.

Aytman was diagnosed with depression and anxiety, which he alleges in the suit, was caused by “the hostile work environment,” in 2016, according to the complaint. As a result, he requested to be placed on short-term disability leave in 2018 and receive workers’ compensation, which he says was denied. But he ultimately was placed on unpaid leave before getting fired, the lawsuit stated.

The complaint says Hooker has been unable to find steady work since quitting his job at Kraft Heinz and has observed “changes in his mood and relationships” since he started working there.

Kraft Heinz declined to comment about the specific allegations made in the complaint or why the men were allegedly fired.

“Kraft Heinz prides itself on creating diverse and inclusive workplaces, and we have a zero tolerance policy for discrimination or harassment of any kind,” the company said.