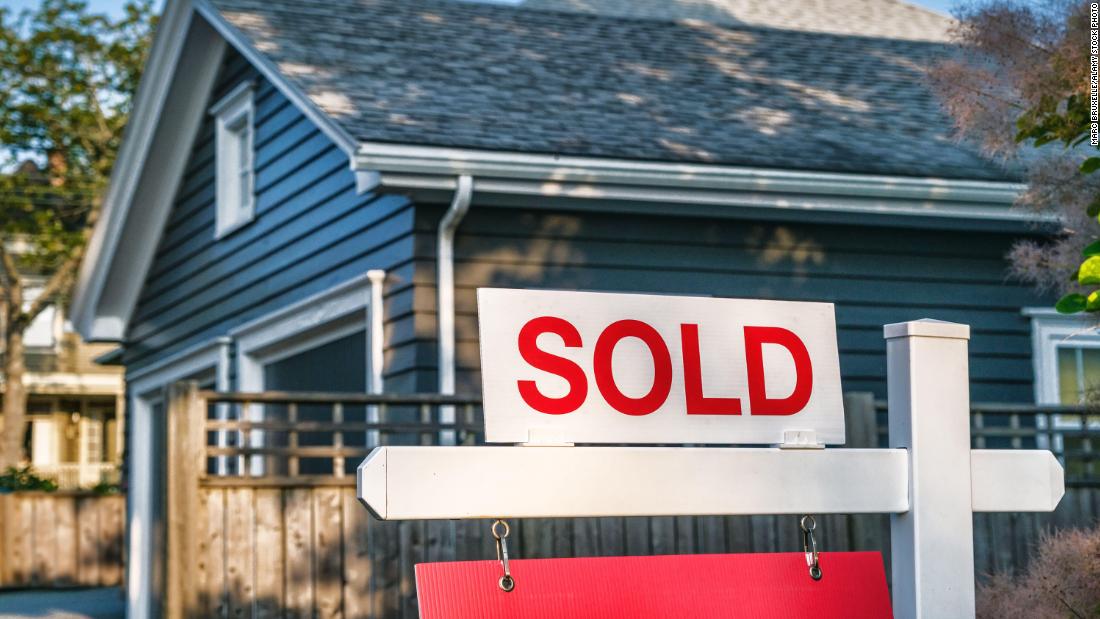 “I was just getting outbid, outbid big,” Benyard told CNN Business during a recent phone interview. “I went and saw many different places. … I would go see something and the day after, it would be off the market.”

Before the pandemic, the Black homeownership rate in America was slowly but steadily rising — a small but significant economic bright spot against a backdrop of racial inequality. Then the pandemic slammed the brakes on that upward trend, even as homeownership among White Americans continued to climb.

“It’s just so competitive in this market right now,” Benyard said. “The prices are extremely high.”

A recent analysis by the Center for American Progress, a liberal think tank, showed that the nation’s Black homeownership rate stood at just over 44% at the end of last year, virtually unchanged from the same point in 2019. The homeownership rate for White Americans increased to 74.5% from 73.7% over the same period.

“Homeownership among African Americans grew more slowly than it did for White households during the pandemic, despite historically low mortgage interest rates,” the study authors wrote. “Simply put, Black households faced more obstacles to becoming and staying homeowners because they had less money to fall back on.”

That disparity is on display in Benyard’s home city of San Diego. Like many communities known for their desirable weather and relative affordability compared with their bigger metropolitan neighbors, San Diego has been inundated in the past year with wealthy tech-industry homebuyers, according to officials from the nonprofit San Diego Foundation.

Although San Diego county real estate is far more expensive than the national average, it’s a bargain compared with typical homes in San Francisco, where Zillow data show the typical home price rose to more than $1.5 million in July.
The trend is hurting all aspiring first-time homebuyers from the area, nonprofit officials said, but the group fears it’s exacerbating racial wealth inequality in the city. According to a Redfin study, 61% of White households in San Diego owned their own homes in 2018, compared with just 30% of Black households.

“There is clearly a significant disparity there,” San Diego Foundation vice president of community impact Pamela Gray Payton told CNN Business. “It’s hard to get into the market if you’re not already in the market.”

Black Americans are overrepresented in low-wage service sector jobs that have been disproportionately hit by pandemic layoffs. Black Americans also tend to carry a higher burden of student loan debt, earn less money and have less savings on average when compared to their White counterparts.
In its study, the think tank notes the nation’s history of redlining and mortgage lending discrimination has contributed to Black households having less wealth on average than the general population, making it less likely that Black millennials and Gen Zers can rely on their parents to help them purchase their first home.

“It’s just emblematic of the confluence, the coming together of many different economic pressure points for people of color,” said Christian Weller, one of the study’s authors and a senior fellow of economic policy at the Center for American Progress.

“They’re losing their jobs sooner than White people. They’re out of a job longer,” Weller added. “They have fewer savings, which means they have less money for a down payment. Things can spiral out of control very quickly, especially for African American homeowners.”

Nearly a quarter of all homebuyers today are all-cash purchasers who aren’t utilizing mortgage loans, according to Jessica Lautz, vice president of demographics and behavioral insights at the National Association of Realtors, who says the current market favors wealthier Americans who tend to be White.

Between April and July of last year, 82% of Americans who purchased homes were White, according to a study by the National Association of Realtors. Just 9% were Hispanic, 8% were Asian and 5% were Black, according to the group’s researchers.

“It’s a small section of the economy who is able to pay all cash for property and wave appraisals,” Lautz told CNN Business. “We do see a very large share of them are White individuals.”

In July, the Urban League of San Diego County, a local division of the national civil rights group, informed Benyard that he was chosen to receive one of several down payment assistance grants through the group’s new Black Homebuyer Program.

Qualifying Black residents of San Diego County who meet the program’s income, employment and credit requirements and complete the Urban League’s homebuying training course can receive more than $70,000 in grant assistance toward the purchase of a home.

Urban League of San Diego County COO Al Abdallah says the “first-of-its kind” program is designed to address the city’s racial wealth gap by helping Black residents who are qualified to own a home, but need help competing with wealthier buyers.

“This is going to help them get across the finish line,” Abdallah told CNN Business. “You can work as hard as you want, but it is very difficult if not impossible to save $70,000 to put down on a home.”