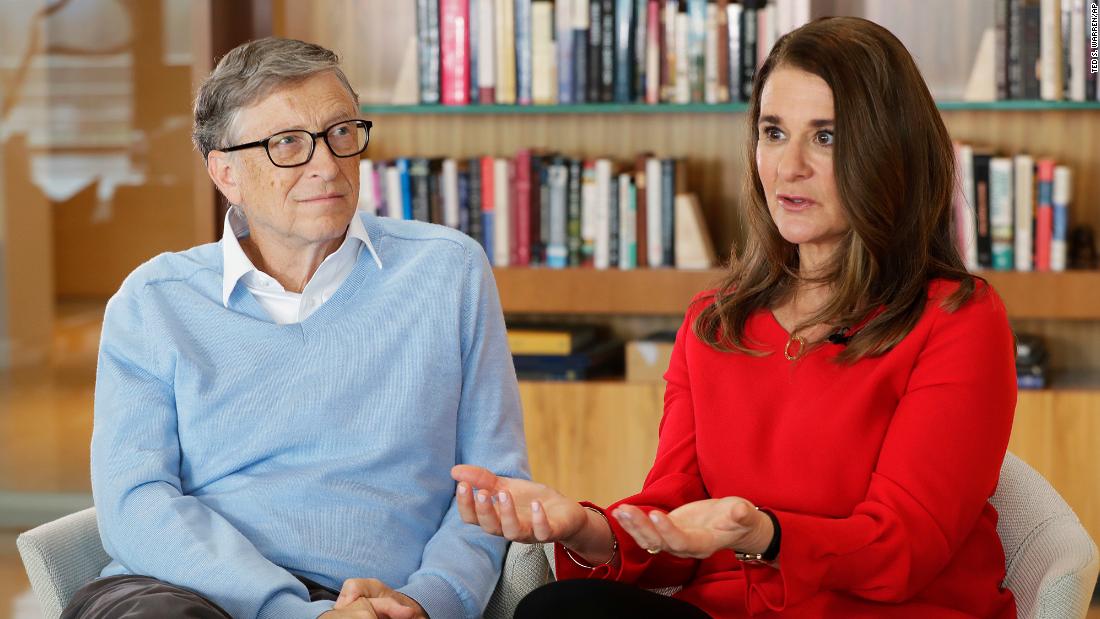 The powerhouse couple — who met at Microsoft (MSFT) in 1987 and married in 1994 — announced in May that they would be ending their marriage after 27 years, saying, “we no longer believe we can grow together as a couple in this next phase of our lives.” French Gates filed the petition for divorce in King County, Washington.

The couple’s divorce agreement was pursuant to a separation contract, which is not public. Neither person will pay spousal support, according to court documents filed Monday. No other financial details are included in publicly available documents.

As of Monday, Gates’ net worth was around $152 billion, according to the Bloomberg Billionaires Index, which means he and French Gates could each be worth around $76 billion following the divorce.

French Gates does not plan to change her name, according to court documents.

When the couple first announced their divorce, they said they would continue to jointly run their charity, the Bill and Melinda Gates Foundation, which had an endowment of roughly $50 billion at the end of 2020. However, the foundation said last month that the organization was planning a two-year trial period to see if the pair could continue working together effectively.

“If after two years either decides they cannot continue to work together as co-chairs, French Gates will resign her position as co-chair and trustee,” CEO Mark Suzman said.

If that happens, Gates would remain in control and, essentially, buy her out of the foundation, Suzman said. French Gates would receive “personal resources” from Gates for her own philanthropic work — resources that would be “completely separate from the foundation’s endowment.”

In the weeks following the initial announcement of the divorce, Gates faced allegations of questionable workplace conduct in the early years at Microsoft. (A spokesperson for Gates called many of these allegations “untruths” in a comment to the New York Times, and CNN could not independently confirm the reports.)
Gates’ 2020 resignation from Microsoft’s board of directors came after the board hired a law firm to investigate a romantic relationship he had with a Microsoft employee two decades earlier, the Wall Street Journal reported in May. Representatives of Gates acknowledged the relationship, but said his exit from the board was unrelated. Following the report, current Microsoft CEO Satya Nadella said the company’s culture had since changed, adding: “Microsoft of 2021 is very different from the Microsoft of 2000.”