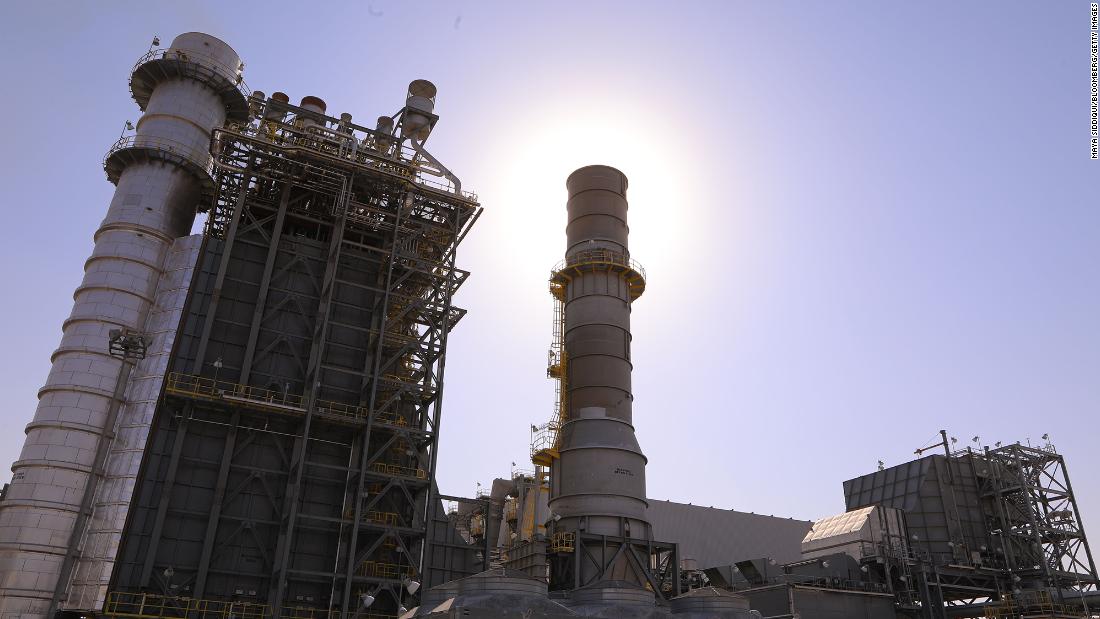 The American Petroleum Institute, the powerful lobby group that represents the US oil and gas industry, is arguing President Joe Biden should be working to boost oil production at home before looking overseas.

“You’d think the first place you would go would be American producers, rather than OPEC, which literally held this country hostage for decades because they were our top supplier,” API President Mike Sommers told CNN Business.

In response, a White House official stressed the importance of “reliable and stable energy markets at this critical moment” in the global recovery from the pandemic.

“President Biden has made clear that he wants Americans to have access to affordable energy, including at the pump,” the US official told CNN Business.

The national average price of gasoline stands near a seven-year high at $3.18 a gallon, up from $2.18 year ago, according to AAA. Higher energy prices are a reflection of supply failing to catch up with surging demand as people fly and drive more now that many have been vaccinated.
OPEC and its allies like Russia, known collectively as OPEC+, continue to hold back supply they took offline at the onset of the pandemic. They’ve only gradually added barrels.

The Biden administration on Wednesday called on OPEC+ to do more to combat elevated energy prices. National security adviser Jake Sullivan said in a statement that OPEC+ “must do more to support the recovery.”

It’s worth noting that Biden is only the latest US president to ask for help from OPEC — a step that even former President Trump took despite his championing of American energy dominance. (Trump would later take the unusual step of urging OPEC to pump less oil to save domestic oil producers from an historic crash in prices brought on by the pandemic and a price war within OPEC+).

In a note to clients on Thursday, Goldman Sachs strategist said the White House’s outreach to OPEC+ is “unlikely” to persuade be effective in the short term. The Wall Street firm cited concerns about weakening demand caused by the Delta variant.

The API, which has a vested interest in domestic energy production, said unleashing US oil producers would be a better solution.

“We have this strategic advantage of an energy revolution — that started under President Obama. We should be doing everything we can to encourage production in the United States,” said Sommers, whose group represents ExxonMobil (XOM), Chevron (CVX) and other major US-based oil companies.

And Sommers criticized the Biden administration for its regulatory crackdown on the fossil fuels industry.

“The irony sure is thick,” Sommers said. “We’re talking about an administration that really for the first eight months in office did nothing but try to restrict American development of oil and gas.”

On his first day in office, Biden immediately moved to rejoin the Paris Agreement on climate change, placed a temporary moratorium on oil and gas leasing in the Arctic and revoked the permit for the Keystone XL pipeline, a controversial project that wasn’t scheduled to begin transporting Canadian oil until 2023 at the earliest.
The Biden administration also paused oil and gas leasing on federal lands and waters — a step that was temporarily blocked by a federal court in June.

“I’m not saying what Biden has done in the first eight months is the only reason we are seeing high prices today,” Sommers said. “There’s no question there are significant market forces at play.”

Sommers conceded that the leasing pause, which the API strongly opposed, is not impacting today’s prices. Instead, he said, that move — along with the cancellation of the Keystone XL added regulatory uncertainty that will discourage future investment in domestic energy.

Why US oil producers aren’t coming to the rescue

But regulation is not the only reason US oil production has been somewhat slow to rebound from the pandemic.

After burning through insane amounts of money last decade, oil companies are under enormous pressure from Wall Street to be more retrained and share profits with shareholders. They’re in no rush to come to the rescue.

“This has been an underperforming asset class,” Sommers said. “There is fiscal discipline occurring in the oil patch today. The focus is on returning money to investors who lost a lot of money in the past decade, particularly in 2020.”

Of course, the Biden administration’s tougher approach on the oil-and-gas industry is being driven by a sense of urgency around the climate crisis — especially after four years of gutting environmental regulations during the Trump era.

The International Energy Agency warned in May that the world needs to stop drilling for oil and natural gas right now to prevent a climate catastrophe.

The White House official stressed that gas prices are lower today than they were for most of the first half of the decade and are in line with 2018 — the middle of the Trump administration.

“But we have to stay vigilant,” the official said.