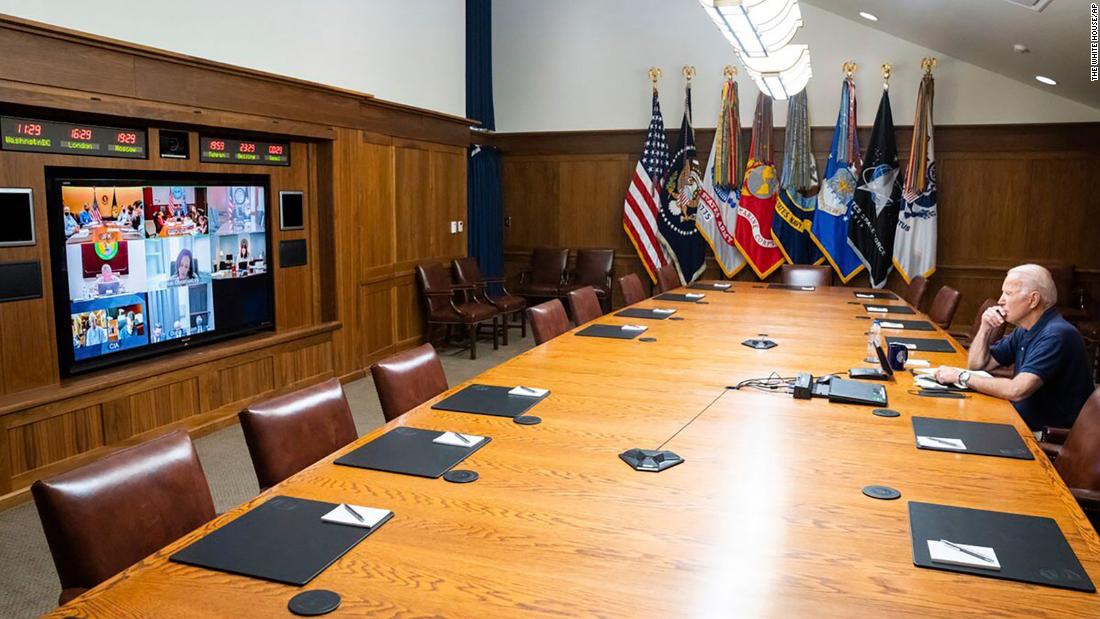 Biden remained at the wooded Camp David presidential retreat with members of his family over the weekend as chaotic images from Kabul emerged. He will return to Washington ahead of his address, which is scheduled for 3:45 p.m. ET.

Speaking on morning television programs, senior members of Biden’s national security team sought to shift blame for the collapse of the Afghan government on the country’s defense forces, which they said lacked the will to defend their country against the Taliban.

But they continued to acknowledge that the speed with which Afghan cities fell — ending with Kabul — had caught them by surprise.

“It is certainly the case that the speed with which cities fell was much greater than anyone anticipated,” national security adviser Jake Sullivan said on NBC’s “Today.”

His deputy, Jonathan Finer, said on CNN that Biden “has been deeply engaged in all of the policy conversations” surrounding Afghanistan from his retreat in the mountains of Maryland, and said the President would meet again virtually with members of his national security team on Monday.

The White House released a photograph of a casually dressed Biden receiving a briefing on Sunday. In it, he appeared alone at a large conference table as senior administration officials beamed in from the White House, Pentagon, intelligence agencies and Doha, the Qatari capital.

As chaos unfolds in Kabul, the White House told CNN it has no calls to disclose between Biden and his foreign counterparts regarding the collapse of government in Afghanistan. Although he participated in several virtual briefings with top staff Sunday, including his national security team, those aides say there are no calls with world leaders to summarize, as is common procedure at the White House.

“I don’t have anything to read out,” a National Security Council official told CNN when asked specifically if there were any calls with foreign leaders Sunday.

While Biden apparently made no calls, Secretary of State Antony Blinken was on the phone with his Australian, French, German and Norwegian counterparts about efforts to bring “citizens to safety and assist vulnerable Afghans,” according to a State Department spokesperson.