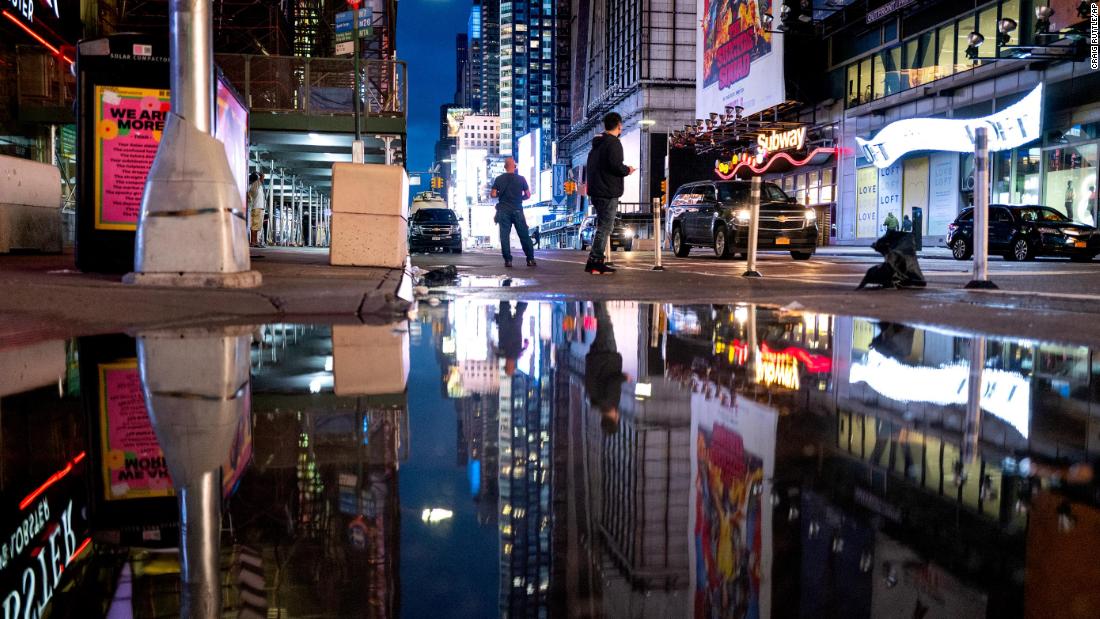 “There’s a lot of damage, and I made clear to the governors that my team at the Federal Emergency Management Agency, FEMA, is on the ground and ready to provide all the assistance that’s needed,” Biden said, speaking from the White House.

“My message to everyone affected is we’re all in this together. The nation is here to help. That’s the message I’ve been making clear to the mayors, governors, energy and utility leaders in the region who my administration has been working closely with over the past few days,” Biden said.

Biden said since the hurricane made landfall, more than 6,000 members of the National Guard have been activated in Louisiana, Mississippi, Alabama and Texas and other states to support search and rescue efforts.

The President said he gets hourly updates on relief efforts from FEMA “well into the night,” and said his team would be working “around the clock until the critical needs of the region are fully met. And we will meet them.”

Biden said his team has been working with private companies to accelerate the restoration of power and cell phone services.

“It’s beginning to get back up, but there’s a long way to go,” Biden said.

Biden will be traveling on Friday to Louisiana to meet with Gov. John Bel Edwards, a Democrat, and parish presidents, mayors and local officials representing the affected areas. He said the governor encouraged the President to come and assured him his visit would not disrupt recovery efforts on the ground.
New York declared a state of emergency early Thursday morning. At least 11 people have died in New York City, New Jersey and Maryland.

Biden met on Monday with FEMA Administrator Deanne Criswell and governors and mayors from states and cities affected by Ida after the storm made landfall on Sunday in Louisiana and caused catastrophic damage.

Residents are now facing gas shortages and dwindling supplies, and power outages in some Louisiana parishes could last at least a month.

The President on Monday spoke about the number of actions the federal government had taken, including working with private sector energy providers to restore power to the more than one million Louisianans that at the time were without electricity.

The President visited FEMA’s headquarters in Washington on Sunday to receive a briefing on the storm. While there, Biden warned the hurricane was life-threatening and that the devastation was likely to be immense.