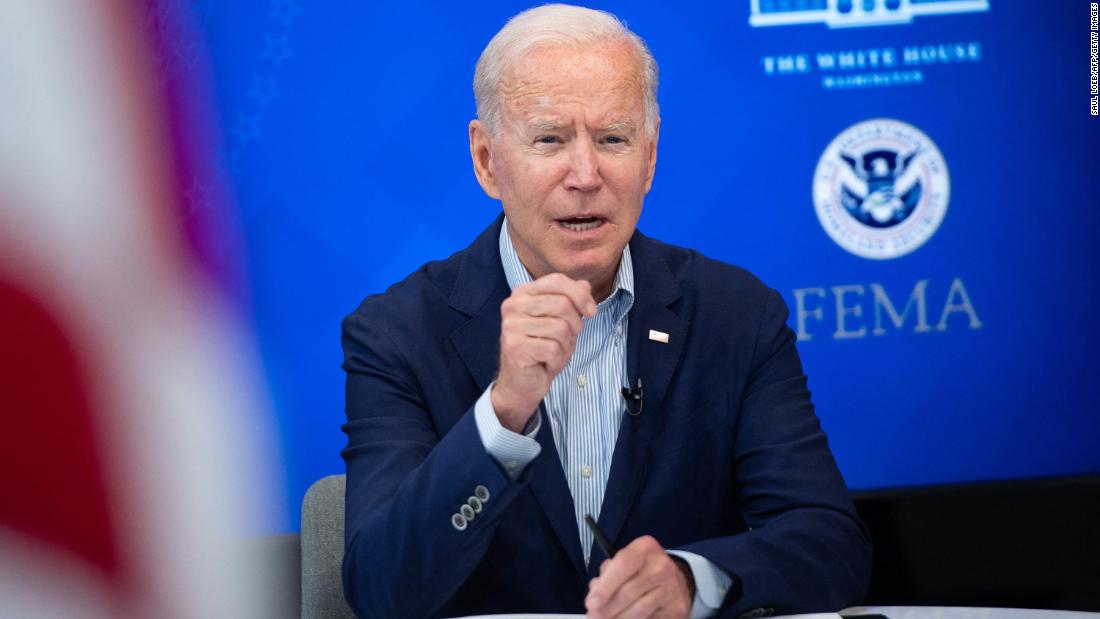 Biden will meet with Federal Emergency Management Agency Administrator Deanne Criswell and governors and mayors from states and cities affected by Ida after the storm made landfall on Sunday in Louisiana and caused catastrophic damage. A White House official told CNN that Biden would speak on the relief efforts this afternoon.
At least one person is dead and nearly half of the state is without power, including the entire city of New Orleans. State officials have begun search and rescue efforts. Ida has since weakened to a tropical storm, but life-threatening flash flooding has drawn on into Monday.

The White House said the President would be receiving regular briefings throughout the day from his homeland security team on the effects of the hurricane.

Ida made landfall in Louisiana on the 16th anniversary of Hurricane Katrina. It has tied with 2020’s Hurricane Laura and the Last Island Hurricane of 1856 as the strongest on record to hit the state.

The President visited FEMA’s headquarters in Washington on Sunday to receive a briefing on the storm. He warned the hurricane was a “life-threatening storm” and said “its devastation is likely to be immense.”

Biden said equipment and response teams had been positioned in the region, including 2.5 million meals, 3 million liters of water and generators. He said more than 100 ambulances and emergency medical teams had been activated and that his administration had been working with local partners to open “dozens and dozens” of shelters.

Louisiana Gov. John Bel Edwards said Monday that clean up from Hurricane Ida “is going to be a fairly long ordeal.” He said the state’s efforts remain focused on saving lives and that thousands had been deployed to help with search and rescue efforts.