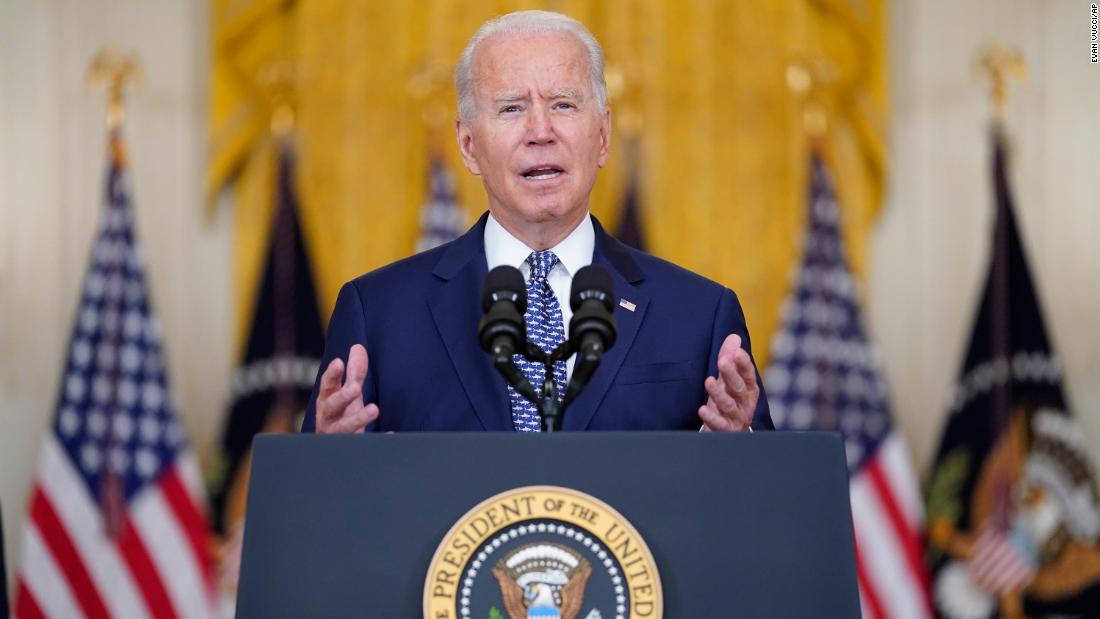 “I respect the governor’s decision,” Biden said after delivering remarks on the passage of his infrastructure bill in the East Room, in response to a reporter’s question.

Later, when asked by a reporter to assess how he believed Cuomo had performed as governor, Biden — after asking “in terms of his personal behavior or what he’s done as a governor?” — said that he thought the New Yorker had done “a helluva job” professionally.

“And I mean both on everything from access to voting, to infrastructure, a whole range of things. That’s why it’s so sad,” Biden added.

The President bristled at a follow-up question from CNN’s Kaitlan Collins, who asked if he could really say Cuomo has done a “helluva job” if he’s been accused of sexually harassing multiple women.

“‘Should he remain as governor?’ is one question. And women should be believed when they make accusations that are able to, on the face of them, make sense and investigated … and the judgment was made that what they said was correct. That’s one thing,” Biden answered.

“The question is, ‘Did he do a good job at infrastructure?’ That was the question. He did,” Biden said.

When asked by Collins if Cuomo’s personal behavior and his professional work could be separated, Biden said, “No, I’m not. I was asked a specific question.”

The President had said in March that he believed Cuomo should resign if New York Attorney General Letitia James’ investigation substantiated the allegations. The New York attorney general’s investigation found that Cuomo harassed current and former state employees, as well as a number of women outside of state government, James said, as the office released a lengthy report on the investigation.

James said Tuesday that her investigation found that Cuomo engaged in “unwelcome and nonconsensual touching,” and made comments of a “suggestive” sexual nature. James said that the conduct created a “hostile work environment for women.”

Cuomo has denied all of the allegations, saying he never touched anyone inappropriately, but acknowledged that some of his behavior made others uncomfortable.

He continued to skirt the line between apology and excuses during his remarks on Tuesday, thanking the women who came forward with “sincere” complaints, but — as he did earlier this year — he insisted that he was, politically, the victim of evolving social norms.

“In my mind, I’ve never crossed the line with anyone. But I didn’t realize the extent to which the line has been redrawn,” Cuomo said. “There are generational and cultural shifts that I just didn’t fully appreciate. And I should have — no excuses.”

Biden said he believed the impact of the governor’s resignation was “all on Andrew Cuomo and his decision to make that judgment,” when asked how it effects the Democratic Party.

CNN’s Gregory Krieg and Allie Malloy contributed to this report.