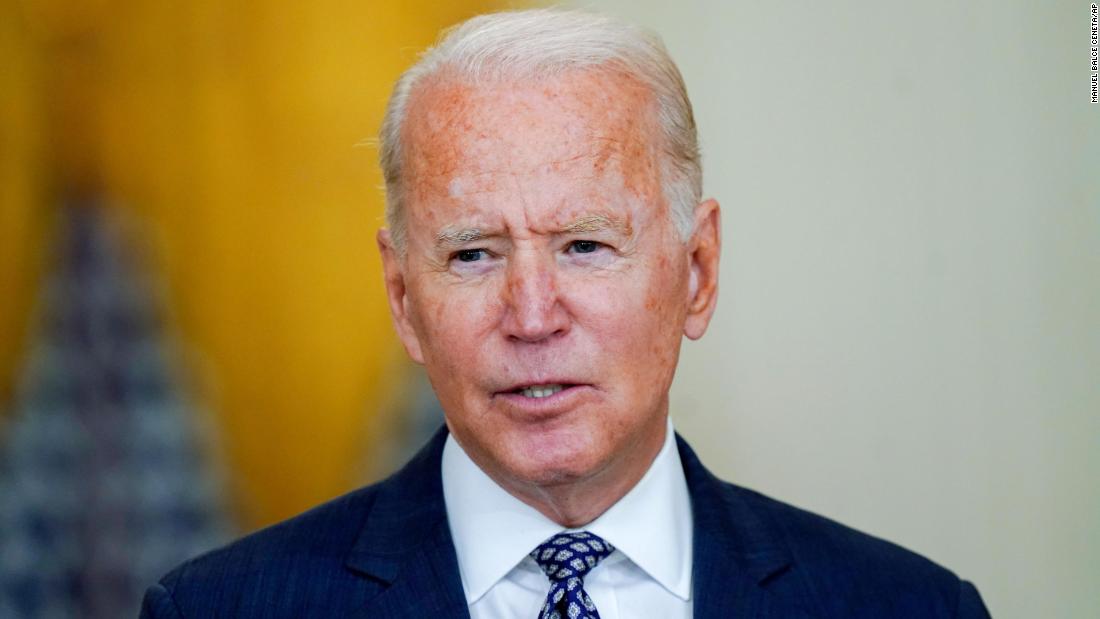 Biden was attending a pre-scheduled meeting of his national security team at the White House when reports of the attack reached Washington. Inside the basement Situation Room, Biden was briefed on the incident by his team, according to White House officials.

The President’s meeting with visiting Israeli prime minister Naftali Bennett at the White House scheduled for Thursday morning has been delayed, a US official said.

Biden and his top aides are currently in the Situation Room, a White House official says, as they continue to receive information on the explosions in Kabul and as events continue to develop.

Initial reports have indicated there were some US personnel among the wounded, according to three US officials and a source familiar with the situation.

The Pentagon described the incident as “a complex attack that resulted in a number of US & civilian casualties.”

The explosions laid bare the risks to US troops and diplomats Biden has warned about for a week as a frantic evacuation effort at the airport gained speed. The pace of evacuations has slowed over the past two days as the security situation deteriorated.

The risks seemed to grow by the hour: the extremely high threat of a terror attack from ISIS caused the US, along with the UK and Australia, to warn people to move away from the airport gates late Wednesday eastern time.

The risk of potential terror attacks from the Islamic State affiliate operating in Afghanistan worried American and Western officials from nearly the moment it became clear that the Taliban would take over the country on August 15.

Once crowds began massing at the Hamid Karzai International Airport, the fear among officials monitoring the situation became acute of an attack meant to create mayhem and fear among those trying to escape the country.

Biden raised the possibility of an attack — not from the Taliban, but from the ISIS group — last Friday.

“We’re also keeping a close watch on any potential terrorist threat at or around the airport, including from the ISIS affiliates in Afghanistan who were released from prison when the prisons were emptied,” he said.

On Tuesday, explaining his decision to stick with an August 31 deadline for withdrawing all US troops from the country, Biden offered a more dire picture of the security threat.

“The longer we stay, starting with the acute and growing risk of an attack by a terrorist group known as ISIS-K, an ISIS affiliate in Afghanistan — which is the sworn enemy of the Taliban as well — every day we’re on the ground is another day we know that ISIS-K is seeking to target the airport and attack both US and allied forces and innocent civilians,” Biden said.