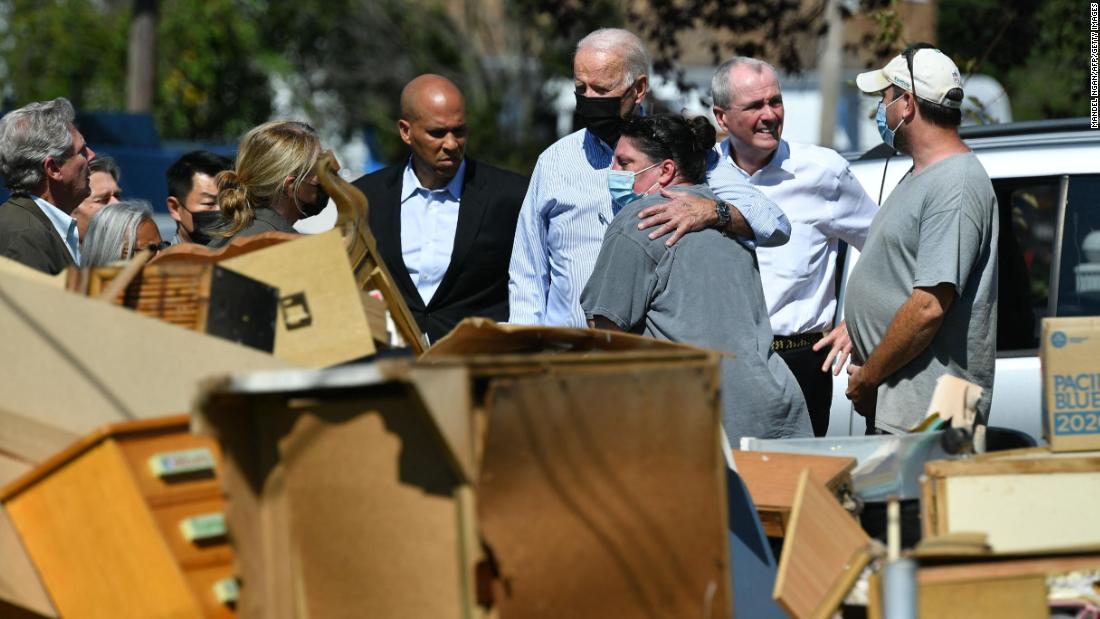 In a Tuesday afternoon call with reporters, administration officials detailed the billions of dollars the White House is requesting from Congress in addition to the general appropriations necessary to keep the government running. The officials, who declined to be named, called on Congress to appropriate more than $14 billion to aid with recovery and “unmet needs” from recent natural disasters, including wildfires and storms, plus at least $10 billion to deal with the aftermath of Hurricane Ida.

The amount of funding for hurricanes is a recognition of the extent of the devastation from climate change-fueled disasters, including fires, hurricanes and floods.

“Climate change is producing more severe natural disasters like storms and wildfires,” one of the administration officials said on the call. “We need to do more to help states recover from recent and ongoing natural disasters. They have many unmet needs.”

The Biden administration is also asking Congress to separately pass $150 billion for clean energy and climate change resilience funding in its bipartisan infrastructure bill, which has yet to pass the House of Representatives.

The news came as President Joe Biden toured flood damage in New Jersey and New York caused by the remnants of Hurricane Ida. He said that storm damage was worsened by climate change.

“Every part of the country is getting hit by extreme weather, and we’re now living in real time what the country’s gonna look like,” Biden said as he toured flooding devastation in New Jersey on Tuesday. “We can’t turn it back very much but we can prevent it from getting worse.”

The purpose of the guidance sent to Congress, Office of Management and Budget acting Director Shalanda Young wrote in a blog post, “is to advise lawmakers on how to avoid severe disruptions to public services that could inadvertently arise from extending the previous year’s appropriations legislation without modifications.”

“We urge Congress to appropriate over $14 billion as part of a CR to address the natural disasters that occurred prior to Hurricane Ida. We fully expect that Hurricane Ida will significantly increase the need for further disaster response funding, by at least $10 billion, including for programs such as the Community Development Block Grant — Disaster Recovery, Federal Highway Emergency Relief, Federal Transit Emergency Relief, Small Business Administration Disaster Loans, and the FEMA Disaster Relief Fund,” Young wrote.

Administration officials are also asking for $6.5 billion in funding for Afghan refugees.

One of the officials said the government is expecting 65,000 Afghan refugees to arrive in the US by end of September and another 30,000 over the next 12 months. The funding request underscores the sheer demand for resettlement resources in the United States — an infrastructure that was decimated under the Trump administration.

“We know there’s bipartisan support for helping Afghan partners who supported us for so long,” the official said.

They added the funding was “certainly critical … to make sure that we are fulfilling this bipartisan commitment our Afghan allies and partners.”

That request also includes millions in “targeted funding” for at-risk Afghans still in the country.

Young also “strongly” urged Congress to include that funding in the bill.

“The operation to move out of danger and to safety tens of thousands of Afghans at risk, including many who helped us during our two decades in Afghanistan, represents an extraordinary military, diplomatic, security, and humanitarian operation by the US Government,” Young wrote.

She continued, “We urge Congress to appropriate $6.4 billion to enable the success of this multifaceted, historic mission.”

The majority of those funds, she said, will go toward processing sites overseas run by the Departments of Defense and State, plus humanitarian assistance through State and USAID. It also includes funds for public health screenings, vaccinations, and other resettlement resources through State and the Department of Health and Human Services.